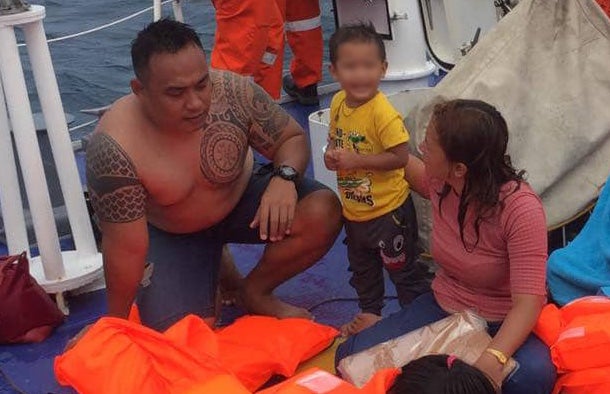 Seaman First PO3 Ralph Barahan (far left) helped save the lives of the 61 passengers and crew of the obscure MV Siargao Princess on November 7, 2019. | Photo courtesy of PCG-7

CEBU CITY, Philippines – When Seaman First P03 Ralph Barajan took the boat from Loon, Bohol went to Cebu City on the morning of Thursday, November 7, 2019, he knew little that he would play a key role in that save more than sixty people.

It is largely thanks to the presence of mind, education and courage in Barajan that he and 61 other passengers and the crew of the MV Siargao Princess survived the sinking of their vessel in the midst of turbulent water in the sea off Sibonga, Cebu just before noon. 12:00.

Barajan was on his way back to the transformer station in southern Cebu after a trip to Bohol Province.

He was among the 56 passengers of the MV Siargao Princess as the ship sank after water entered the vessel after strong waves struck at least an hour after leaving the port of Loon, Bohol.

“Gusto ko lang ma save tanan mao tong naningkamot ko kang mag uban-uban mi tanan. Gibangan-bangan namo aron dili mi magbuwag. (I wanted everyone to be rescued. That's why I tried to bring us all closer. We tied together so we won't be torn apart), ”Barajan said as he left Cebu City around 3:30 pm. after their rescue of his staff from the Coast Guard.

Barajan said that tying the crew and passengers together was the only way for him to ensure that they will not tear apart during the incident, and everyone will be accounted for while waiting for rescue.

He said he made sure he was the last person to jump off the ship so no one was left behind.

Barajan said he was scared the whole time the ship sank. But he let the coast guard in him overcome fear and placed the safety of his fellow passengers above his own.

Maria Encarnacion Arellano, 65, vividly remembers the two long hours she spent with her sick husband floating in the sea before the PCG-7 responders came to their rescue.

Arellano was among the survivors who could testify to the fashion of Barajan, who was able to steer the passengers and crew as the ship began to sink.

She said that Barajan took the initiative to ensure that all passengers and crew wore life jackets and that they stayed close to each other before the rescue.

"Mga duha ka oras pud me naglutaw-lutaw. Naggunit ra mis among many life jackets. Can any toy take the Coast Guard should be called namo online. (We hovered on the ocean for two hours. We held on to our life jacket. It was fortunate that there were coastguards who were also a passenger and he helped us), she said.

Lieutenant Junior Degree Michael Encina, spokesman for PCG-7, praised Barajan's "level-headedness" because his leadership as a coast guard was crucial to keeping passengers and crew alive during the maritime accident.

Encina said through Barajan's initiative, the passengers were all reported when the rescue team finally arrived.

(Barajan instructed the passengers on what to do. What they did was right, they gathered in an area for easy viewing.) 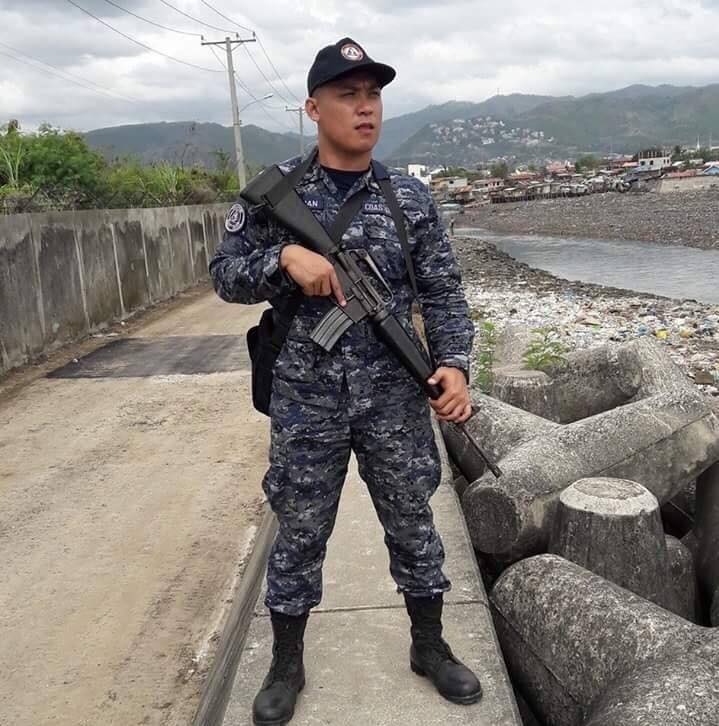 Encina said that this was the right technique during maritime accidents because PCG-7 would often send flight attendants to find the location of the accident and the survivors.

Due to Barajan's courage, the seven rescued crew and 52 of the passengers, including Barajan, arrived at Aduano Wharf, Pier 3, on Thursday at 3.30pm at Cebu City aboard BRP Suluan, and were immediately given medical treatment by Cebu City Disaster Risk Reduction and Management Office (CDRRMO) team.

Encina said that three other passengers were separated from the others when taken to Carcar Provincial Hospital because they could hop off the ship as it sank and reached the port of Carcar City by swimming the nine-kilometer distance where the vessel was hijacked.

The man of Arellano, 65-year-old Eduardo Arellano, who hails from Davao City, fell ill during the rescue and was taken out of BRP Suluan in a stretcher due to dizziness and vomiting caused by high blood pressure.

Arellano, said they were on their way to Sibonga to visit Our Lady of Simala Shrine. They came from a vacation in Tubigon, Bohol.

She said her husband's blood pressure rose as they floated on the sea for at least two hours before the rescue.

Arellano's man was taken to Cebu City Medical Center immediately after he was taken down from BRP Suluan. 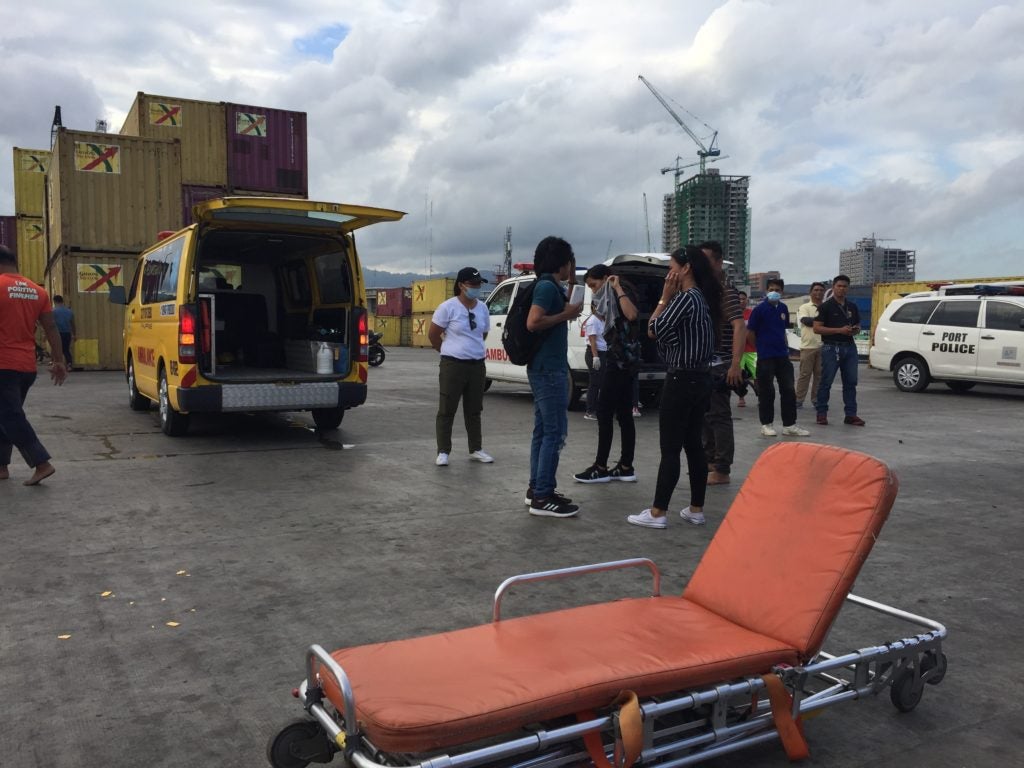 Passenger Luben Palma, 28, from Loon, Bohol, said the big waves that rocked the speedboat sometime around 10:30

He told me that at 11am the front of the ship began to sink and the passengers panicked. Palma said he threw his four-year-old daughter into the sea with a life vest and immediately followed.

He and his family floated with the rest of the passengers for two hours until the respondent PCG team aboard the BRP Suluan could rescue them. 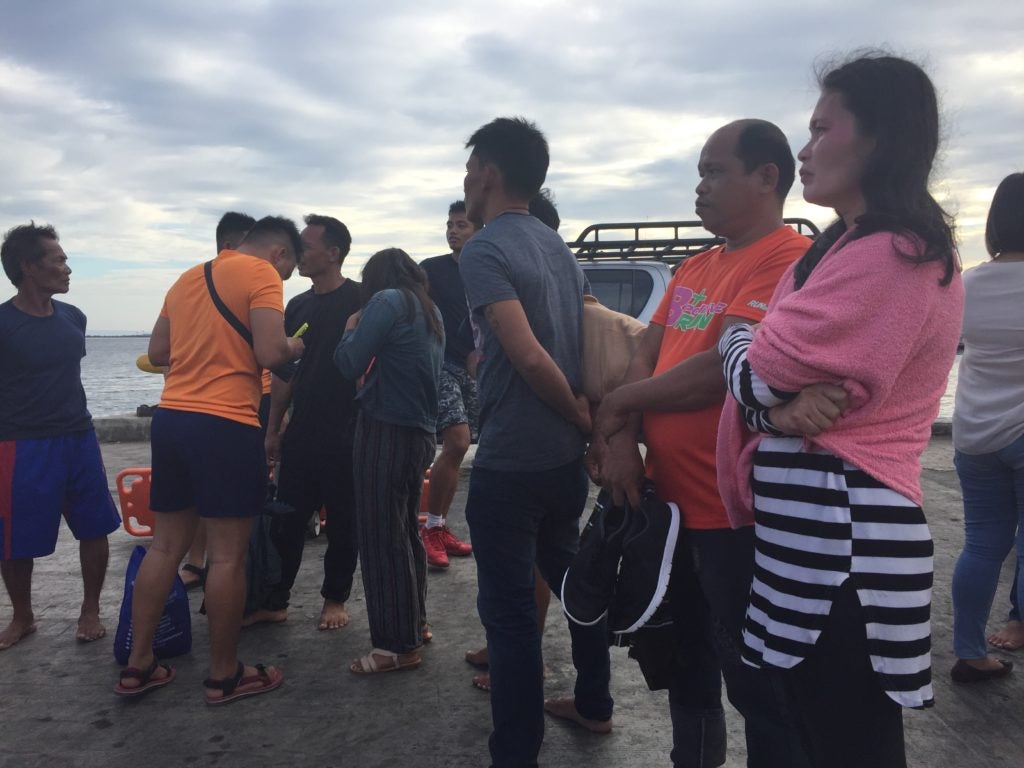 Encina said that all passengers will have their basic needs at PCG-7 headquarters including food and clothing.

Those from Bohol can come home via BRP Suluan, while those living in Cebu will come home through the vans provided for PCG-7.

The captain and crew of the ship are currently under the custody of PCG-7 when the investigation begins about the incident.

Captain Antonio Conag, captain of the MV Siargao Princess, will be invited to submit a maritime protest about the incident as part of the investigation process. / elb