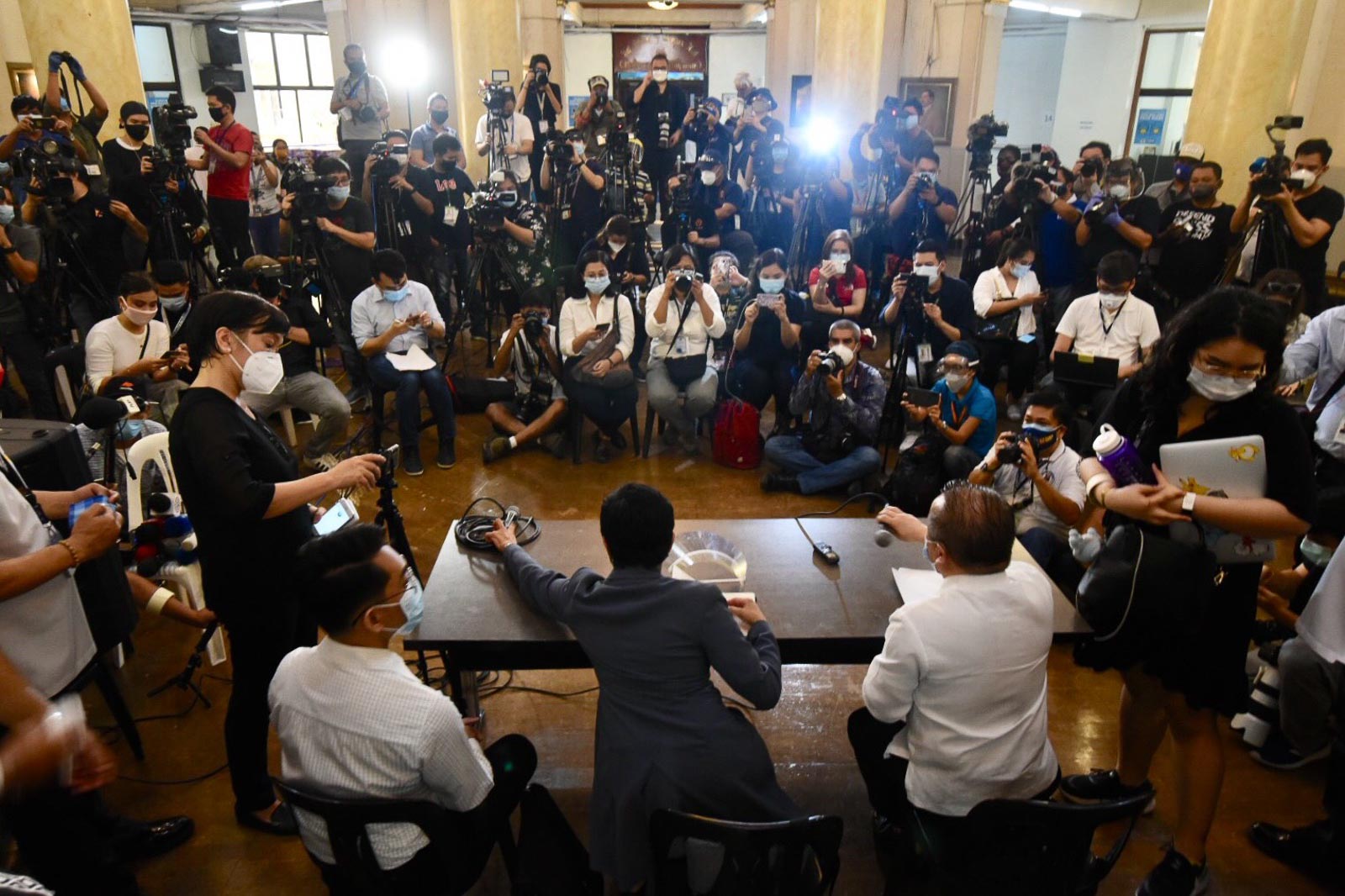 7;s CEO and Executive Editor Maria at Manila Trial Court on June 15, 2020 is participating in the publication of a cyber-relief case against her and former rapper-researcher-writer Reynaldo Santo Jr of businessman Wilfredo Keng. Photo by Angie de Silva / Rappler

MANILA, Philippines – Committee on the Protection of Journalists (CPJ), International Center for Journalists (ICFJ) and Reporters Without Borders (RSF) on Thursday night, July 9, announced the launch of the global “Hold the Line” campaign and reporting initiatives in support of Rappler’s CEO Maria Ressa and independent media attacked in the Philippines.

The conviction relates to a rapper’s story which raised questions about his connections with former Chief Counsel Renato Corona 2012 – before the law was even passed. The case depended on the correction of a typo. (READ: Maria Ressa arrestingly tests the boundaries of the Philippine Cyber ​​Law)

“The campaign derives its name from Ressa’s commitment to” keep the line “in response to protracted government harassment and widespread online violence,” the press release states.

Ressa faces 7 other charges before the Tax and Appeal Court and the Pasig City RTC, which stems from the parent case of the company’s PDR, as the Appeals Law (CA) have decided to have already been cured.

Since 2016, Duterte has crushed the Philippine media because he claimed journalists “were not exempt from the murder.” In his speeches, the president has thrown countless insults at reporters. (READ: 154 attacks, threats against journalists since Duterte took office – media groups)

Duterte has also repeatedly threatened to shut down the media, accusing him of unfair reporting of his administration’s policies, including Inquirer, ABS-CBN and Rappler. As of publication, TV network giant ABS-CBN remains in the air as it fights for its franchise renewal in Congress.

“I am touched by the incredible outpouring of support we have received from around the world for our #HoldTheLine campaign against tyranny – even as President Duterte continues his public attacks against me, legal harassment and state-licensed and Facebook-driven violence escalate online raging on. We cannot be silenced because silence is consent, “ Sa Ressa. (READ: LIST: Groups around the world decorate “new weapon” versus freedom of the press after ruling in the cyberlible)

Those interested in showing support and help with #HoldTheLine can take two immediate steps in response to Ressa’s next hearing scheduled for July 22:

The 33 founding members of the #HoldTheLine coalition include: