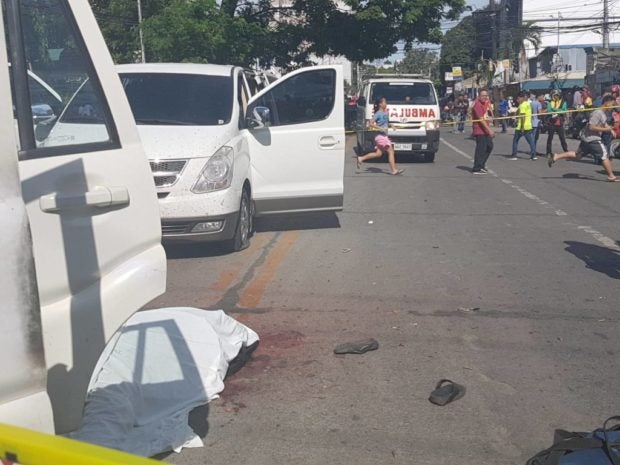 MANILA, Philippines – The chief of the Cebu City Police Office has been released from office in the middle of the probe at the death of Clarin, Misamis Occidental Mayor David Navarro.

Col. Gemma Vinluan was dismissed from her position on Wednesday "to make her available for the investigation to be conducted", Brig. General Valeriano De Leon, chief of the Central Visayas police, said in a statement Thursday.

Vinluan's relief when Cebu City Police Chief comes after President Rodrigo Duterte ordered the police to turn the investigation into Navarro's death to the National Bureau of Investigation (NBI), citing doubts that the police may be involved in the incident.

According to De Leon, Vinluan's administrative exemption from his post came into effect on Wednesday, the same day the case was handed over to the NBI

De Leon called the president's order that the police stop their probe of the murder as a "welcome development."

"It will give an idea of ​​impartial investigation which saves us from any suspicions of possible lime," he said

Navarro died when he was transported to the Cebu City Prosecutor's Office on October 25 for inquest proceedings. He was facing charges of abuse of authority, slight physical harm and acts of iniquity in relation to a complaint that he allegedly assaulted a massage therapist. / je

Officially a recession: PH-GDP decreased by 16.5% during the second quarter