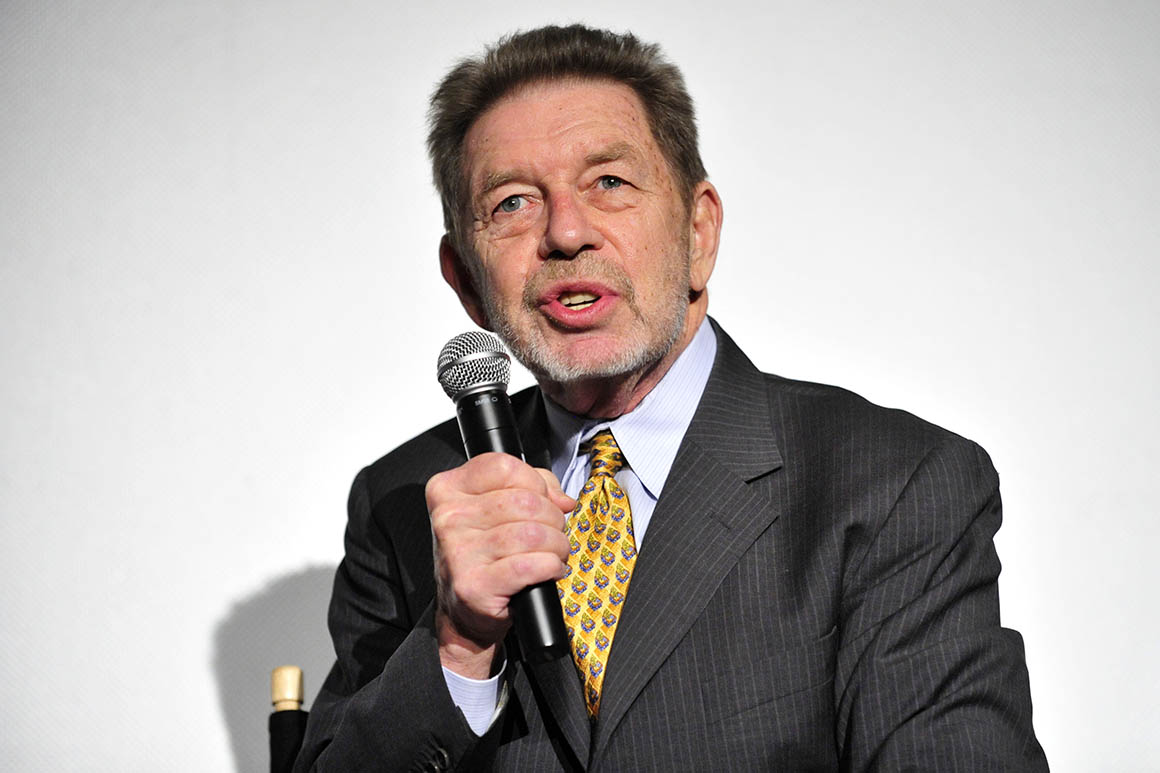 Pete Hamill was one of the city’s last great crossing columnists and links to the days of journalism with chattering typewriters and smoky filled shame, an Irish-American both tough and sentimental who related to the underdog and mixed with the elite. Well read, well rounded and very well connected and easily quoted poetry and Ernest Hemingway, met Jacqueline Onassis or enjoyed a drink and a cigarette in the old tavern of Lion’s Head in Greenwich Village.

His subjects ranged from baseball, politics, murder, boxing and riots to wars in Vietnam, Nicaragua, Lebanon and Ireland. But he would always look back to the New York he grew up in, a pre-digital age best remembered by the dream image of black-and-white photography ̵

1; a New York of egg creams and five-center subways, stickball games and wide-brimmed hats, while the Dodgers were still in Brooklyn and there were more dailies than you could count on in one hand.

“I have the native son’s irrational love for the place,” Hamill wrote in his 2004 book, Downtown: My Manhattan. “New York is a city of daily annoyances, temporary horrors, hourly tests of will and even courage and huge dolls of pure beauty.”

His 2003 novel, “Forever”, told the story of Cormac O’Connor, an Irish Jew who arrives in New York in 1740 and is granted eternal life as long as he stays on the island of Manhattan. His novels “Snow in August” and “The North River” also served up nostalgic and critically acclaimed stories about Old New York.

His memoirs cover his childhood in Brooklyn until the night he stopped drinking on New Year’s Eve 1972.

Hamill had a brief and disappointing twist on the New York Post. When financier Steven Hoffenberg gained control of the tabloid in bankruptcy proceedings, he hired Hamill as editor-in-chief in 1993. Hamill quickly hired four black reporters and promoted a number of women and minorities, columnist Jack Newfield recalled in his memoir, “Somebody’s Gotta Tell.”

But when Hoffenberg could not buy the paper, the ownership fell to Abe Hirschfeld, who fired Hamill. The newspaper’s staff revolted and published a mutiny issue that kept Hamill’s name on his head as he watched from a nearby restaurant. Hirschfeld repeated Hamill and gave him a kiss that the hardened newsman called “the single most obscure moment of my life.”

Rupert Murdoch eventually bought the paper, which led to Hamill’s dismissal. A few years later, Hamill spent a short time as editor – in – chief of the Post’s archive, the New York Daily News. He also worked for a few months in 1987 as an editor for The Mexico City News.

Hamill worried that journalism had become too focused on celebrities, but he was well acquainted with some of the most famous people of his time. He met the Beatles before playing in the United States, interviewed John Lennon when the ex-Beatle lived in Manhattan, hung out with Frank Sinatra and the Rolling Stones and won a Grammy for his line remarks to Bob Dylan’s “Blood On the Track”.

Hamill lived with Shirley MacLaine, dated Onassis and was connected to Linda Ronstadt, Susan Sontag and Barbra Streisand, among others.

As a young man, Hamill was a passionate liberal. His open letter to Robert Kennedy helped persuade the senator to run for president, and Hamill was one of a handful of people who wrestled the gun away from Kennedy assassin Sirhan Sirhan in 1968 at the Ambassador Hotel in Los Angeles.

Hamill found his way to President Richard Nixon’s “enemy list.” In a column, Hamill said the president shared the blame for the 1970 shootings at Kent State University by calling campus dissenters “bums.” Vice President Spiro Agnew called the column “irrational ravings,” and Hamill borrowed the phrase for the title of a 1971 collection of his columns.

In a column from New York magazine “The Revolt of the White Lower Middle Class” from 1969, he seemed to expect Donald Trump’s rise when he warned of men “standing around salons talking darkly about their complaints and even more dark about possible cures. “Their complaints are real and deep; their remedies could blow this city apart.”

In the Esquire column in 1991, he criticized black people for putting everything on white. “You have retreated defensively into the clichés of glib racism,” he wrote in “Letters to a Black Friend,” a column that ran in Esquire in 1991.

Hamill’s first marriage, to Ramona Negron, ended in divorce. He retained his primary custody of his two daughters, Adrienne and Deirdre.

In 1986, Hamill married Japanese journalist Fukiko Aoki, whom he met while touring Japan to promote his collection of short stories, “Tokyo Sketches.”

In 2019, Hamill and one of his greatest contemporaries, Jimmy Breslin, were featured in the HBO documentary “Deadline Artists.”

Born William Peter Hamill on June 24, 1935, he was the eldest of seven children of immigrants from Northern Ireland. His brother Denis Hamill is a novelist and columnist for the Daily News.

As a 16-year-old, Pete Hamill got bored with high school, lost his job and went to work as a sheet metal worker in the Brooklyn Navy Yard, while putting his skills as a comic book on the page. On the farm he developed dormant tuberculosis.

While in the Navy, Hamill graduated from high school and then attended Mexico City College in 1956.

Returning to New York, Hamill opened a graphic design shop in Hell’s Kitchen. After reading a 1960 memoir by Post editor Jimmy Wechsler, the young Hamill Wechsler wrote, saying that newspapers had no place for people like himself – the working class, no Ivy League degrees. The editor suggested a meeting.

“He took me into his inner office and I sat next to a desk obsessed with newspapers from magazines, magazines, letters from readers, copies of his book,” Hamill later wrote. “While we were talking, he smoked cigarettes and sipped coffee. Near the end of our chat, he leaned back in his chair and put his hands behind his head. “Have you ever considered becoming a newspaper man?”