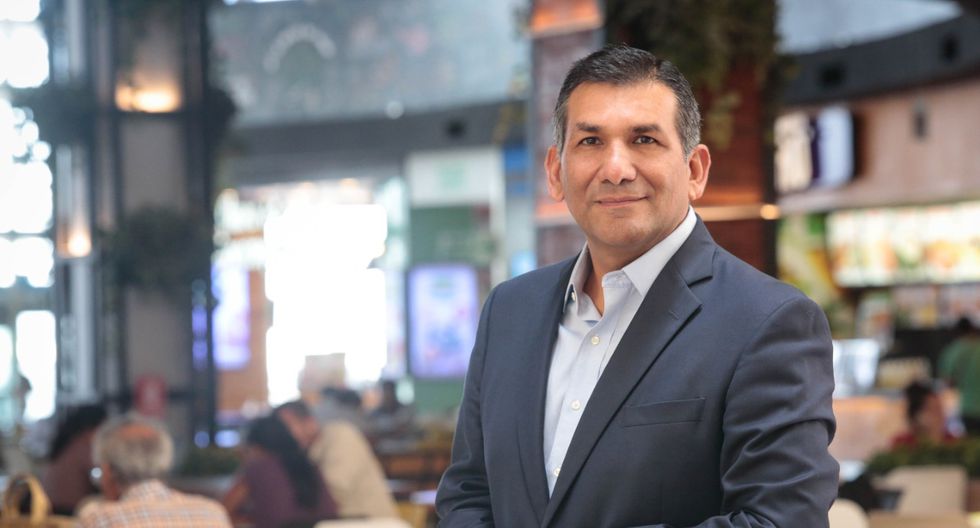 The Mall Aventura property arm for the Ripley Group, is undoubtedly one of the main chains that will set the pace for the expansion of the industry shopping centers over the next two years. Although it is focused on its projects in Chiclayo, Iquitos and San Juan de Lurigancho, says its manager, Javier Postigo, the company does not stop looking for new opportunities to continue to grow in the Peruvian market.

► New purchases can be seen in the shopping center sector

How has the chain's sales developed until October?

The expansion in Santa Anita has already ended, but there are still closed stores.

We have 90% leased and 70% of open stores the remaining percentage is gradually opened. Everyone wants to come to the Christmas campaign. Remember that this & # 39; mall & # 39; has doubled the number of stores from 180 to 350. We have also been very careful not to make differences with the new & # 39; hall & # 39 ;. Therefore, H&M looks strategically towards enlargement.

In this "shopping center" they have also taken into account the new trend "retail", a mix between retail and entertainment.

Yes, this is one of our different methods. 30% of our area is a mix of entertainment and "retail"; while the world average is between 10% and 20%. We have created an area called Oasis with 11,000 m2 of pure entertainment that connects to Cinépolis, which has two new rooms with macro technology. A park with technological and family attractions will also be installed on the third level; an amphitheater (to be inaugurated this Friday 15) and we will have the first RollGlider, a game that lets you go down as if it were a roof, by the Bulgarian Walltopia.

What is the chain's strategy for the next three to five years?

Our goal is growth. We have an important investment plan in 2021. The company almost triples, from 130,000 m2 to 330,000 m2. We are building three "malls" simultaneously in Chiclayo, Iquitos and San Juan de Lurigancho, and are making the final touches of the expansion of the Santa Anita complex. This is a pretty strong challenge, I do not know of a single chain in the region – including Chile, Colombia Venezuela, Argentina and Peru – which has built three shopping centers in parallel and a large expansion.

What are your expectations for 2020?

There will be a year of consolidation for our "shopping center" in Santa Anita and expansion with the inauguration of the "mall" in Chiclayo at the end of March. On November 29, we deliver the store to H&M to make it possible and on December 5 to Ripley, Plaza Vea, Promart and Oechsle. In addition, we will also build Iquitos and San Juan de Lurigancho.

When are the last two complexes planned?

Both will be inaugurated in 2021, first San Juan de Lurigancho in March and in August Iquitos.

Will H&M specify both as an operator?

We can't confirm it yet.

Will more "malls" run in parallel?

We are in the process of buying land for three new projects, one of them It is well advanced, but since it is not yet reality I prefer not to announce it. In addition, it is still necessary to review and evaluate whether the land will have the future capacity in terms of permisology, zoning, adequate parameters, among other aspects.

If stated, at what point would they develop? [19659002] These are projects that can take about three to five years. In Chiclayo and in San Juan de Lurigancho (where we had to change zoning) it took us five years to start the project, for example. In both we have the land under the surface right. In Iquitos, the country is right.

Are they in Lima or Provinces?

Mainly in Lima. In order to develop a new shopping center, we need a critical mass of more than 500,000 inhabitants and in the provinces there is no longer much room for formats like ours.

Is it an option for Mall Aventura to grow inorganically? [19659002] We are basically focused on developing our own projects that are designed to be successful according to the strategies we have ("retail", friendly and well-located spaces, large formats with departments, "fast fashion", etc.) but it does not exclude reviewing the acquisition of projects that have already been developed when we do not find the conditions for starting a new "gallery" from the beginning.

Will any of these three projects be the result of a purchase?

No. The three started from the beginning. Unlike many competitors in the market, we are developers, we have "expertise" and a team that knows how to develop malls. If there is an opportunity to buy a large-format shopping center, we take it, as I mentioned.

So the focus is to continue to make large (regional) shopping malls.

Yes, regionally (up to 60,000 m2) and superregional (from 90,000 m2). Making a shopping mall of these sizes what it takes, especially, is road infrastructure. The most important shopping malls in Lima are on the main roads. Therefore, what Lima lacks in having more major shopping centers is road infrastructure, but it will come with time. Lima has 13 million inhabitants. It would give rise to the existence of 26 large "malls" and today we still have them with our fingers on our hands.

But have you evaluated developing smaller formats?

Today we prefer to devote ourselves to what we know and know how to do. When the possibilities are over, we will think of other formats.