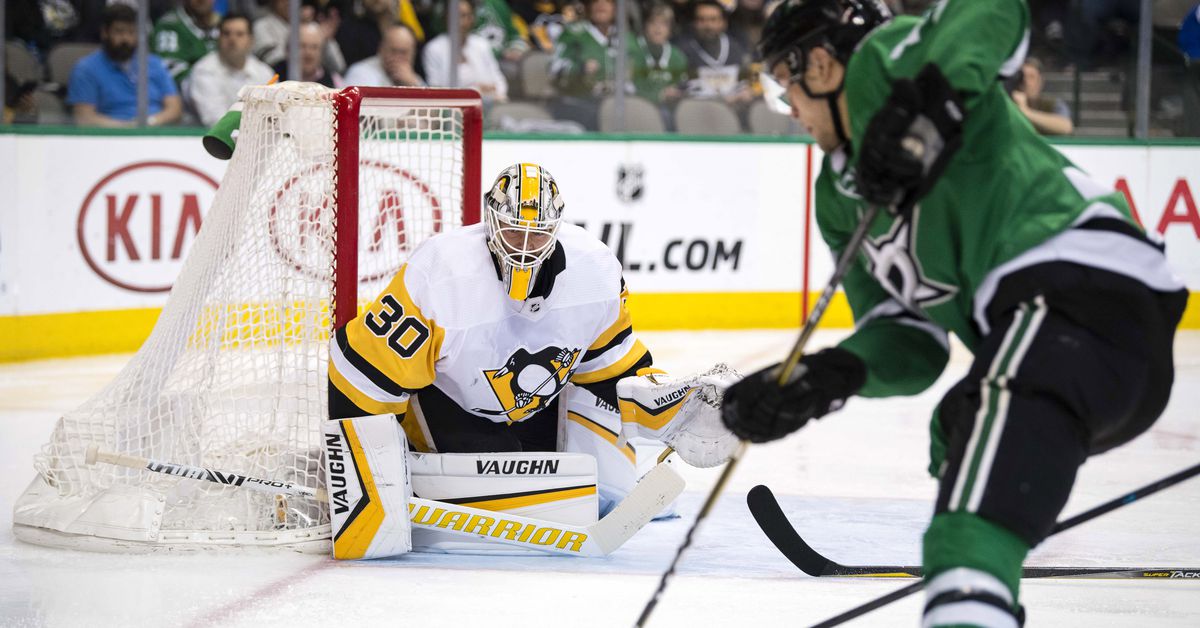 The biggest piece of action in the game at the midway point of the period was a nice use of the stick by Matt Cullen:

The first penalty of the game was called on Dallas' Alexander Radulov for slashing Nick Bjugstad with 5:26 left in the first frame. 19659006] Jake Guentzel was the first goal on the power-play with Anton Khudobin out of position. This was Jake's 38th of the season. What a season Mr. Bake is having.

Two minutes into the period, Alex Radulov found Tyler Seguin to tie the game at 1. [19659010] The Penguins thought they had scored the go-ahead goal, but the goal was waived off to goalie interference from Teddy Blueger. The referees deemed the contact as incidental so no penalty was called on Blueger

Seconds after the no-goal call, Kris Letang was called for tripping, giving the Stars their first power-play of the game. This penalty would be successfully killed by the Pens.

With five minutes left in the period, Jared McCann capitalized on a Dallas turnover, and a sweet Phil Kessel pass, to get the Penguins up 2-1.

Andrew Cogliano tied the game at 2 after a 3-on -2 developed for the Stars. Not a good look for Marcus Pettersson on that play

The period would end with both teams tied on the scoreboard at 2 goals apiece.

Four minutes into the 3rd period, the Penguins were penalized after Jack Johnson was called for holding.

Shorty alert: Jared McCann would not remain silent on the scoresheet for long. After a beautiful spin-o-rama move, McCann gave the Pens the lead with a gnarly goal. The penalty would also be killed.

The Stars pulled Khudobin with 1:30 left in the game. Bryan Rust was called for holding with 1:20 left. Uh oh

Time would expire and the Penguins were able to withstand the additional attackers to get out of Dallas with a hard-won 3-2 victory.