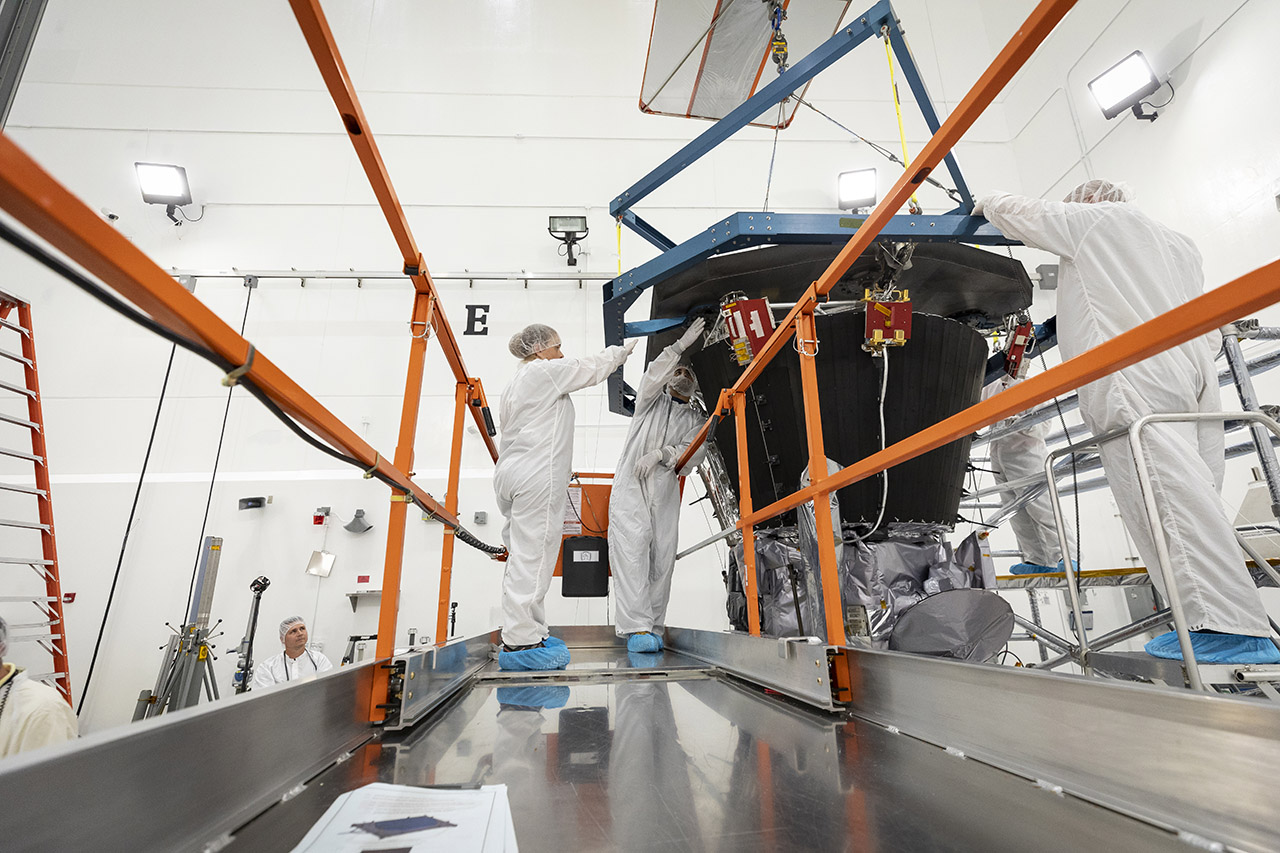 For the first time since the fall of 2017, NASA's Parker Solar Probe is a fully integrated spacecraft and is close to launch date. Engineers from Johns Hopkins Applied Physics Lab ( APL ) recently attached the probe's heat protection system or 160kg heat shield to the spacecraft's body in preparation for launch, scheduled for earliest 4 August 2018.

Parker Solar Probe needs all the covers the thermal shield can provide to protect its scientific instruments and spacecraft components from the burning heat of the sun as it flies through its atmosphere or corona.

Although there is no material shortage on earth designed to withstand the temperatures that Parker Solar Probe is expected to encounter, the solution needed to be incredibly easy. In fact, although the United Enunch Alliance Delta IV Heavy is more than capable of launching the spacecraft with £ 1,510 (685 kg) if it was simply intended for an earthly orbital, the probe needed to be as swayed as possible to reach its heliocentric or sun-circulated orbit.

In fact, although Parker Solar Probe only tips the waves at slightly more than 2.3 percent of the rocket's ground-level (LEO) capacity, an additional upper stage is needed to add the vehicle configuration so that the probe could travel fast enough to reach its intended orbit, which is expected to take it within about four million miles (6.44 million miles) from the sun. Once there, spacecraft will travel faster than 430,000 km / h at its closest point from the sun.

To get to the final course, however, the probe needs to turn off the planet Venus seven times, each meeting gradually shrinking the spacecraft's orbital period, which would ultimately be about 88 days. The first of these flies is expected to occur in late September 2018 with the final expectation in November 2024.

Curt Godwin has been a fan of space exploration as long as he can remember keeping an eye on the sky from an early age. Initial major in nuclear engineering, Curt later decided that computers would be a more interesting – and safer – career field. He has worked in education technology for more than 20 years and has been published in industry and peer journals and is a respected authority within wireless networking engineer. Throughout this period of his life, he maintained his love for all space and has written about his experiences at a variety of NASA events, both on his personal blog and as a freelance media representative.