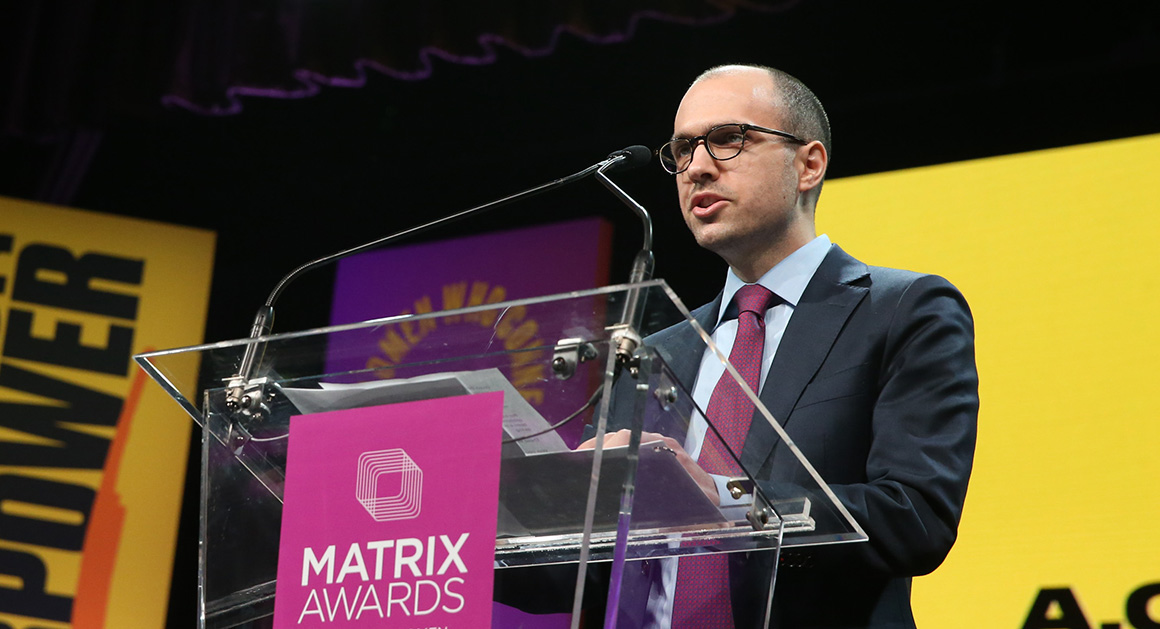 It was supposed to be an off-record meeting. But President Donald Trump had other plans.

On Sunday morning, nine days after joining the New York Times publisher, AG Sulzberger at the White House, Trump decided to make public meeting public. At 8:30 the president declared on Twitter that he had talked to Sulzberger, one of the most powerful media conferences in the country, about "the huge amounts of false news released by the media," Tim es scrambling sends his own version of events .

The times have long been a practical film for Trump, a regular Times reader who has a fascination with the paper despite his high critique of its coverage. So it was no surprise that Trump would try to spin the meeting with Sulzberger to his advantage.

"Had a very nice and interesting meeting in the White House with AG Sulzberger, publisher of the New York Times," wrote Trump on Twitter. "Spend a lot of time talking about the huge amounts of fake news released by the media and how the fake news has murdered in phrase," Enemy of the People. " "Sad!"

The tweet forces the times to explain in detail what happened at the meeting and claimed that Trump's decision to discuss the meeting publicly revoked its record agreement.

"I told the president directly that I believed his language was not just divisive but increasingly dangerous," Sulzberger said in a statement from the Times about the meeting of July 20 in the White House. "I warned that this inflammatory language contributes to an increase in threats to journalists and will lead to violence."

"I repeatedly pointed out that this is particularly true abroad, where the president's rhetoric is used by some regimes to motivate cracking down on journalists," continued Sulzberger. "I warned that it would risk risking life, undermining the democratic ideals of our nations and wiping out one of the country's largest exports: a commitment to freedom of speech and a free press."

Sulzberger seemed to have had little effect on Trump, which last week bashed the press during a speech in Missouri, whose white house even blocked a CNN reporter from covering an event there. And the president does not seem to have any plans to abandon his most highly charged rhetoric about the press, including call reporters the enemy of the people, a phrase he repeated in his Sunday tweet about the meeting.

Your guide to the media circus – everyday, in your inbox.

The conversation between Trump and Sulzberger came in high tensions with the press. The president has continued to claim coverage that he does not like is "false news". During the speech in Missouri last week, Trump said what the media cover is "not what's happening" and urged its supporters not to believe in the news. "Do not believe the crap you see from these people – the false news," he said during the speech.

Meanwhile, a CNN reporter was barred from covering an event last week at the White House, a decision that led to widespread scandal from journalists.

Sulzberger paper has been a common goal for Trump, who has attacked both the Times and some of its reporters, including White House correspondent Maggie Haberman, by name.

It is common for publishers of large newspapers, including the Times, to meet with US presidents. Sulzberger also participated in a recent dinner party at the home of Ivanka Trump and Jared Kushner, according to a story about the couple published on Saturday. But the critics of the times picked up Sulzberger's meeting with the president, claiming that it gave Trump an opportunity to use the meeting to strengthen their attacks on the press.

"The media is always played by Trump. Always. Go to the meeting, The Times would play," Neera Tanden, President of the Center for American Progress, a Liberal Group, wrote on Twitter. "His tweet after the meeting will do more harm than achieved by going to the meeting. Do you think your grounds will be heard?"

This is not the first time the times have to navigate in an off-record conversation with Trump . In 2016, BuzzFeed reported that the then presidential candidate Trump waited for immigration during an off-record conversation with the Times editorial, a revelation that put pressure on Trump to agree to release the sound and the transcription of the discussion (which he resisted). The times finally decided to honor their off-record agreement.

Sulzberger said he told Trump that former presidents had raised the issue with their administration, but that he should rethink his wider anti-press diatribes.

"I clarified several times that I did not ask him to mitigate his attack on The Times if he felt our coverage was unfair," said Sulzberger. "Instead, I asked him to rethink his broader attack on journalism, which I think is dangerous and harmful to our country."

The statement from the New York Times said that Sulzberger had gone to the White House together with James Bennet, who oversees the editorial side of the times.

"Mr. Trumps assistants asked that the meeting be the record, which has also been the practice of such meetings earlier," says the statement. "But with Mr Trump's tweet this morning he has put the meeting on record so AG has decided to answer the president's characterization of their conversation based on detailed notes AG and James took. "

This article was tagged in:

Do not miss the latest buckets? Sign up for the POLITICO Playbook and get the latest news every morning – in your inbox.