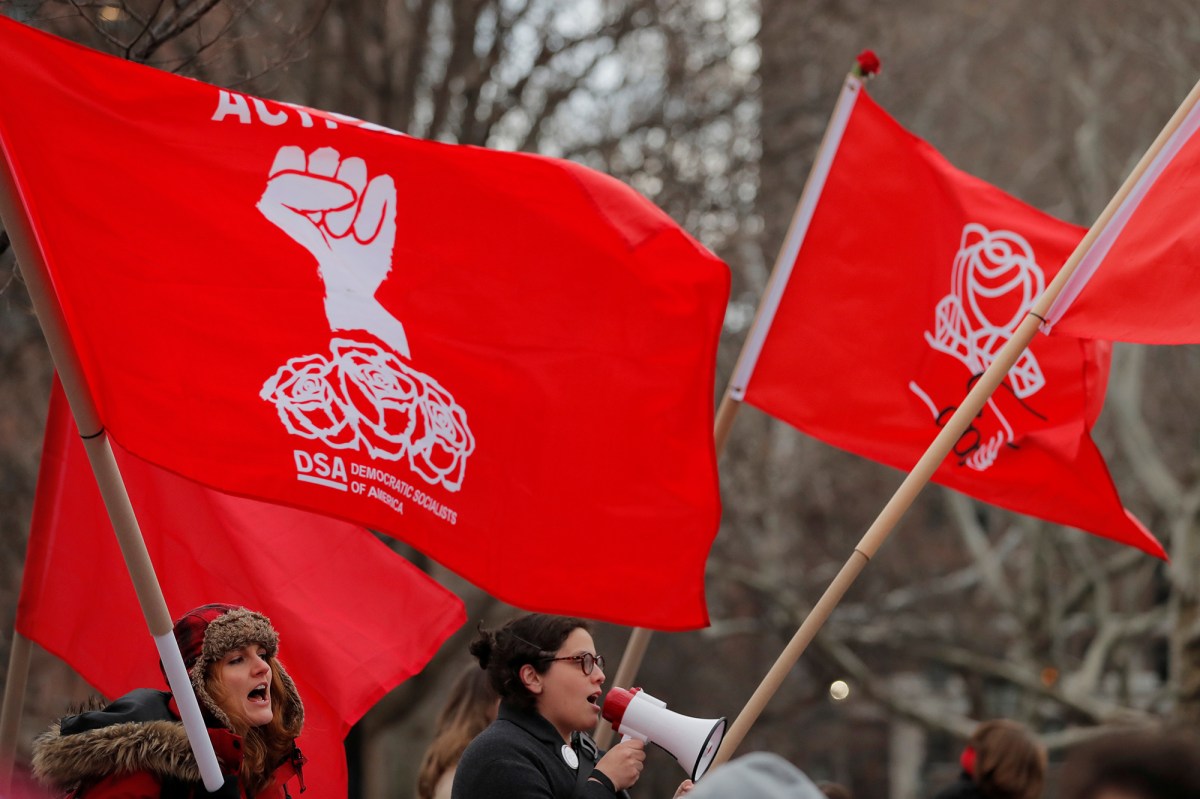 The chapter on Democratic Social Democracy in America in New York ignited a firestorm on Friday after preparing a survey asking city council candidates if they would promise not to visit Israel and support a boycott of the Jewish state.

“Promise yourself not to travel to Israel if you are elected to the city council in solidarity with Palestinians living under occupation,” asked the leftist group, which has won some major victories in local political races recently.

1; about the controversial efforts to establish an economic blockade of Israel to punish the country for its annexation of Palestinian territories in the West Bank.

“Do you support the Boycott, Divestment and Sanctions movement? If not, why not?” It asks.

Both allies and opponents of the group quickly jumped to Twitter to condemn the issues that some labeled anti-Semitic and pointed out that the only foreign policy questions asked were about the Jewish state.

Respect a lot of what DSA stands for. I am also a Jew and a Zionist who opposes the annexation and does not agree with the Israeli government’s treatment of Palestinians, “tweeted the powerful long-standing state since Kru Krueger (D-Manhattan). “But to designate Israel for special condemnation, among all the dubious regimes we deal with, is anti-Semitism and must be called.”

Another liberal Manhattan Democrat, Secretary of State Brad Hoylman, wrote: “This is disgusting and should be withdrawn.”

“So let me get this. As of this questionnaire, it would be okay for me to travel to Iran, my country of birth, which hangs men for being gay and can stone women for adultery, but not to Israel, “wrote 2021 Manhattan District Attorney Tali Farhadian Weinstein, a former federal prosecutor and a one-time attorney in Brooklyn DA’s office.

It was unclear how many candidates NYC DSA has submitted the document so far.

The NYC DSA told The Post in a statement that was also posted on Twitter that the issue was related to paid travel that city politicians receive.

“The members of the city council are regularly taken on a paid trip to Israel, which mainly serves as a political junket to promote ties between local officials and the Israeli state,” said a representative of the group. “It is the only country that councilors regularly take on delegations to visit for this purpose.”

The group added: “Given that there has been an explicit call from the Palestinians not to go on such government junctures and to put pressure on Israel to end the occupation and discrimination through boycotts, divestments and sanctions, we asked prospective candidates if they would respect that conversation. . “