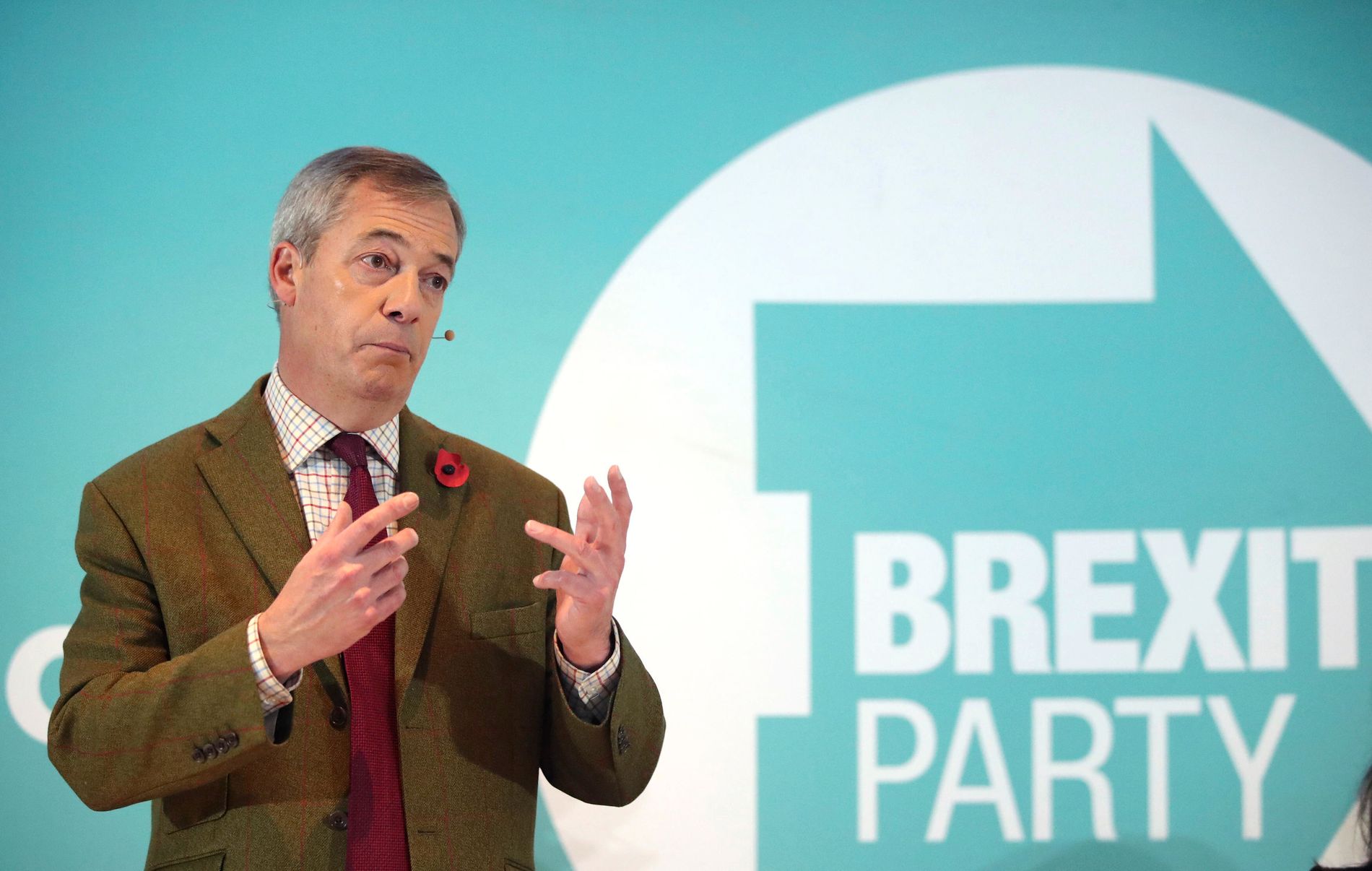 The Brexit party in Nigel Farage makes a complete reversal and says they will still not take part in elections in circles where the Conservatives have the majority.

The Brexit party will not challenge any of the 317 representatives Tories got in parliament in the last election, Farage announced at an election event in the city of Hartlepool in Northern England on Monday.

The announcement involves a significant twist of the party's strategy. Last week, the EU's skeptical party leader said the Brexit party would go for election in 600 out of 650 circles.

According to Farage, the decision was made on the basis of opinion polls showing that a fight for these seats could result in a split between candidates who are for Brexit, which could lead to opposing candidates winning, Sky News writes.

In recent days, Farage has been under intense pressure from Brexit supporters to choose such a strategy.

The British system of one-man circles means that the candidate who receives the most votes in a circle wins.