RTX 3080 Madness: The card was stolen from our shopping cart 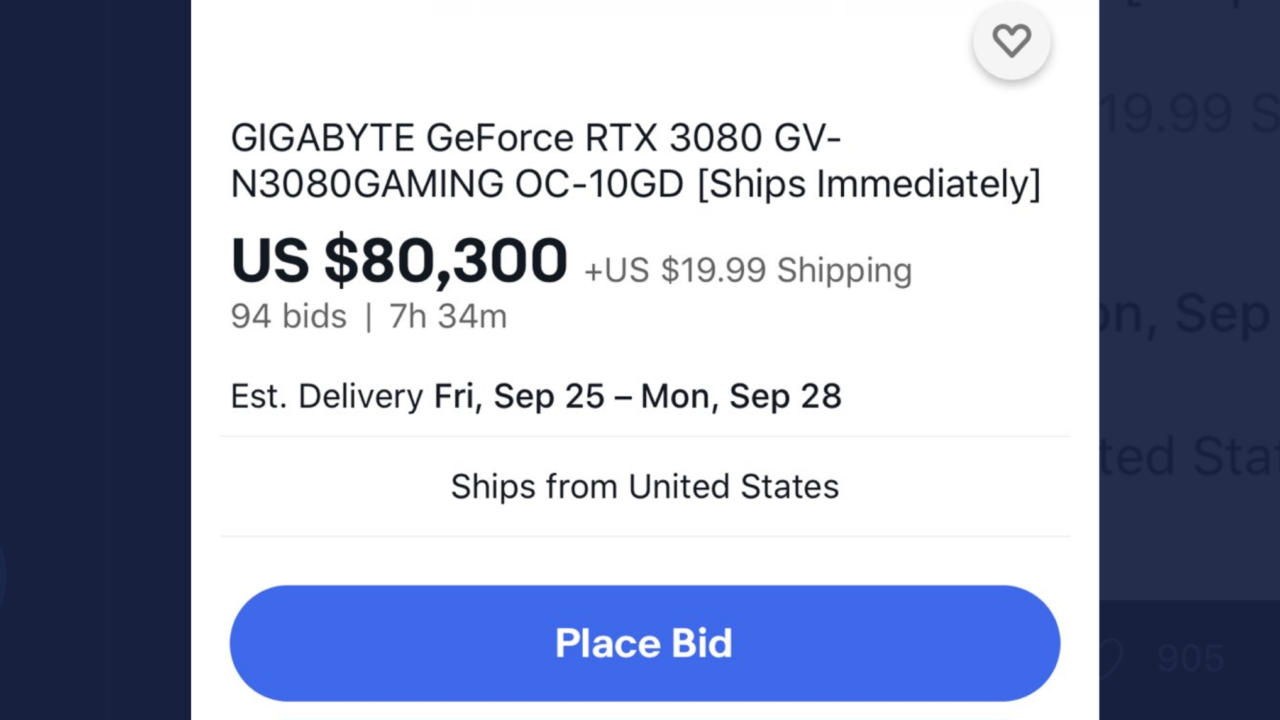 Waste: Therefore, it was impossible to order. Nvidia promises several cards in a row.

Nvidia will now manually review its own RTX 3080 orders after very few regular consumers managed to order in the US 06 this morning.

The Nvidia 456.38 WHQL driver has been rolled out with support for the RTX 30 series and optimized for Mafia and Halo 3 ODST.

The cards were stolen from our shopping cart several times

The cards were also sold out very quickly in the Norwegian online stores when sales started at 15.00, but it was in the USA that there were real problems.

The reason is that black market sharks use fines that can complete the order much faster than a human with a keyboard and mouse. We tried to get a card ourselves, but every time the card was added to the Best Buy shopping cart, it disappeared again. We were close once, but had to log in to the account again and probably lost the place (if we ever had a chance).

We have never experienced anything like this and neither has Nvidia, although they probably had very few cards.

Customers who wanted to be notified when the cards were made available on Nvidia.com received the message many hours after the cards were too long gone.

“This morning we saw a crazy demand for GeForce RTX 3080 from global resellers, including Nvidia’s online store. At 06 PST we tried to open the Nvidia store, but despite the preparations flooded the store with traffic and experienced errors. We managed to solve the problems and sales started working normally .

To stop bots and black market sharks in the Nvidia store, we do everything possible, including manual review of orders, to get these cards in the hands of legitimate customers.

Over 50 major global resellers had stock at 6pm. The Nvidia team and partners deliver multiple RTX 3080 cards to resellers each day.

We apologize to customers for today’s experience. ”