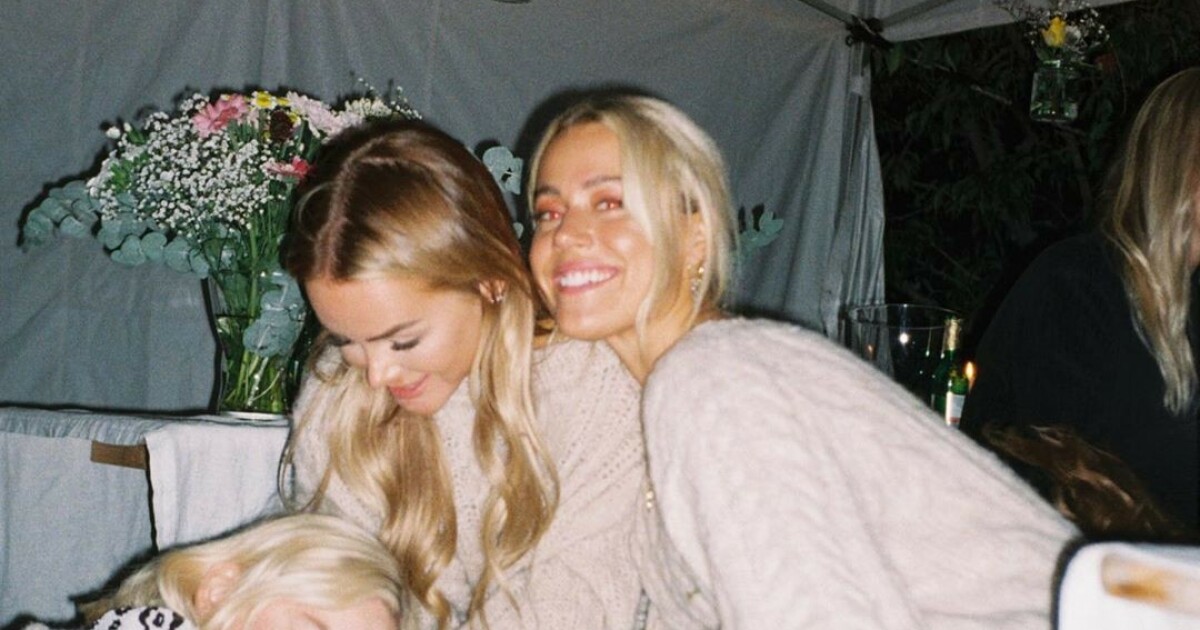 Here she is depicted with the artists Astrid Smeplass (23) and Julie Bergan (26), who are sitting near her. Another picture shows the 25-year-old in a whirlpool together with, among others, the NRK profile Gisle Agledahl (29). In another picture, Isachsen licks the arm of his friend Henrik Skansen.

Common to the images is that the measure of infection, with a distance of at least one meter, is completely absent.

“The beginning of autumn via analog camera, with a lot of nice people”, it says in the caption.

It makes the public debater, nurse and journalist in Aftenposten, Ingeborg Senneset (35), look red. She has commented on the following during the post on Instagram:

“Not to be that guy, but like to survive and like to see that the world does not go under more than necessary. So – nice people are best at a distance,” she writes.

The comment has collected 1300 likes, and several praise Senneset in the comments field.

To Se og Hør, she emphasizes that she in principle opposes hanging out individuals, and that her post is not an invitation to share photos of those who violate the recommendations on infection control.

However, Senneset felt compelled to comment when the post was published publicly on one of Norway’s largest accounts.

When the criticism was left unanswered in the comments field, she felt she had to resort to stronger lye.

– In my eyes, it is a post that can not be published. I wondered if anyone was home. These are very adult, skilled career people – each in the pictures. Everyone can go on an anti-infective bang. I have not avoided all the mistakes I have either, but to send it and call it “fun with nice people”, is really to give a long and good middle finger to all those who in recent months have tried to follow all the recommendations and infection control measures, says she’s tired.

– Especially to everyone who is trying to save lives, those who risk companies going bankrupt, to the sick and alone and to those who just hope that the pressure of infection will soon decrease.

Isachsen will also not comment on the violation against Se og Hør. Astrid Smeplass will not come either, says her boss Johanna Alem in Universal Music.

See and Hear has been in contact with Julie Bergan’s manager, Cecilie Torp-Holte, who after repeated inquiries has not answered our questions.

Gisle Agledahl has not responded to See and Hear’s repeated requests.

After this case has been published, however, Isachsen has deleted the post on Instagram, and commented on the criticism on his own Instagram profile. Here she also denies having broken the rules of infection.

“At the gathering that the media is now referring to, which was a private event with friends, we follow all the rules. We were under 20 people together (which was then legal) and took into account all infection control measures, had antibac and kept our distance “, she writes, even though the pictures show something else.

“In one of the pictures, we sat down and leaned too close for a moment. We see in retrospect that it sends out the wrong signals. Sorry if it seems like we think it’s okay to break the rules of infection. Of course, we fully respect them. Takes the situation we are in now seriously and does not want to send out the wrong signals “, she writes further.

It is not clear who she is other than herself that she is speaking for or what image she is referring to.

Senneset points out that the Norwegian celebrities shown are role models for many young people, and that it therefore gives very unfortunate signals that infection transgressions are preached as “fun” for hundreds of thousands of followers.

– When we know that there are many people who have never been as isolated as now, it is also the first thing they find in interned people who in practice spit on volunteer work – it is disappointing and shocking, she continues.

She refers to a recent survey which shows that every tenth Norwegian has mainly stopped leaving the house due to the pandemic. Senneset therefore encourages public profiles to show how you keep your distance, while at the same time being social.

– If you can share a post full of analog images with nice people with at least a meter distance and show that you can both go to a restaurant and bar and at the same time keep the virus at a distance, it is gold, she says.

Senneset points out that she thinks it is very positive that Isachsen has left the criticism in the comments field, but is disappointed that it has not been answered.

– I think it says a lot about the person even when you do not respond to constructive criticism. There is a message that this is not okay. When there are families discussing who is allowed to go to the funeral or not because of the pressure of infection, it is completely unknown to you to lick someone in the arm and call it fun.

She also reacts to the fact that Julie Bergan and Astrid Smeplass have been silent about the criticism, but have reacted to the post with a similar click. Bergan has also commented with hearts below.

– If each of these people goes public and says that this was stupid, I will stop this and take responsibility – I will keep my distance, then I will say that “it is absolutely king” to each and every one one. If they continue with infection restrictions – just ashamed – and really hope you were not exactly the one who gave the virus a boost to the wrong person. Covid-19 is potentially sick, isolated and in the worst case dead. You will not forward it.