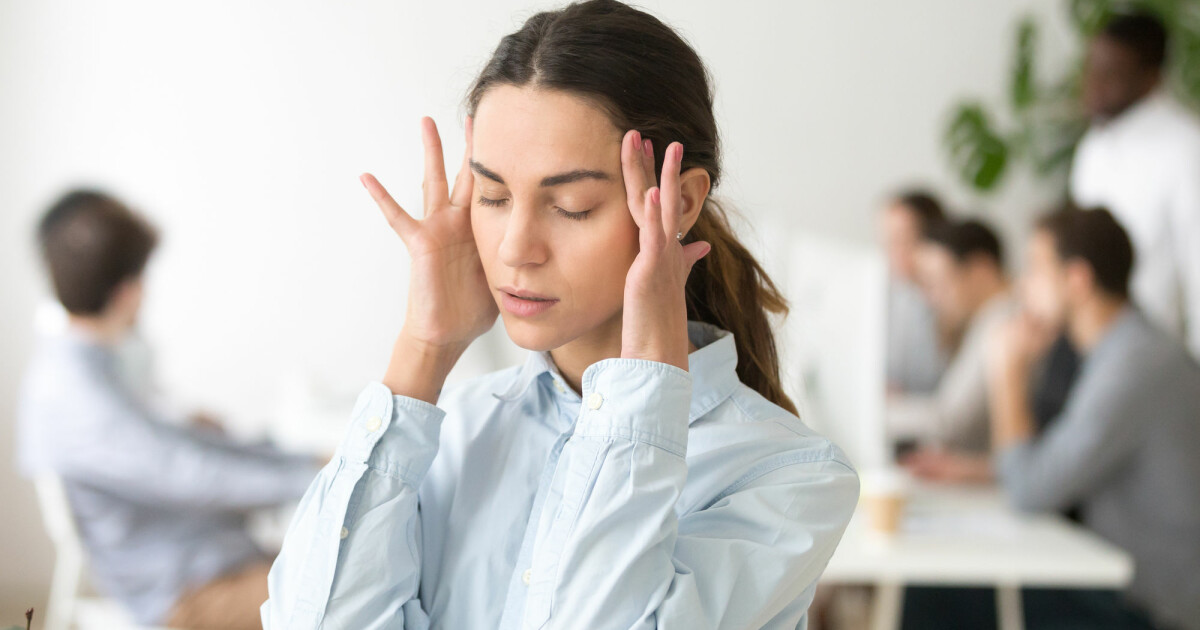 Have you ever imagined hearing voices in an empty room, felt that others might read your mind, or thought you were talking to someone who turned out to exist? Then you may have had a psychological experience.

It is characterized by you experiencing something that is not real. Some describe it as a dream in waking state. You might wonder, was that what I was experiencing right now, or was it in my own head?

It does not mean that you are mentally ill or that you will be. Several studies have shown that it is far from uncommon to experience such a thing.

5 based on respondents from 18 countries showed that 5.8 percent of the population had had psychotic experiences, although otherwise healthy. Other, smaller studies have provided estimates of between 5 and 20 percent.

– We know that there are some people in the general population who have these somewhat strange phenomena, but who in no way has a mental illness, says Ingrid Melle, professor at the University of Oslo. She did not participate in the new study.

But it is not uncommon to have psychotic experiences, even if you do not have schizophrenia or other psychotic disorders, Ivar Elvik confirms. He is a psychologist at Stavanger University Hospital.

– What you often see is that the symptoms are more isolated than in schizophrenia. For many, it can be a strange experience that you have no good explanation for.

Elvik calls it "benign psychotic experiences". It is most common to hear voices.

– It may be both inside and outside the head, but it is the voices that seem to come from the outside that are perceived as different. For many, it may sound like a normal voice, then one becomes uncertain whether someone was there or not.

To be diagnosed with schizophrenia, psychosocial experiences must last a long time and make everyday life more difficult.

– One is duration, the other is that it clearly affects how you work in your life.

You must have additional symptoms that can be strange misunderstandings, anxiety, problems conveying feelings or lack of motivation.

– If you only have one voice that is often present but does not cause any disruption or disability, then it does not mean that you have schizophrenia.

There are many who hear voices and who live well with it, says Elvik.

See the sight or know a strange smell

Other so-called benign experiences can have hallucinations of various kinds. For example, it might be to see a person standing at the door, but he was not present. It can be to feel a strong odor, like the smell of a fire, that no one else knows. Or it may be to feel something on the body that is not real; that someone grabs their shoulder.

– I think the kind of explanation you have for what you experience will affect if you think it is scary or if it is just a strange experience that you are not afraid of, says Elvik.

Psychotic experiences under the influence of drugs, or in half sleep are usually not counted.

When it comes to misunderstandings, the most common are paranoid thoughts, says Elvik. One would think that others are looking to harm one for no reason.

In the 2015 study, one third of those who had had a psycho-like experience reported that it happened once. [19659002] One third had had 2 – 5 experiences. The rest had several experiences. 6 percent had over a hundred. Various forms of hallucinations were much more common than delusions.

In the new study, British researchers examined the genes for 6,000 people who claimed to have had a psychosomal experience. None of these were mentally ill.

The researchers compared their genes with genes from 121,000 people who had not experienced such. The study is the largest of its kind.

The researchers found that the risk of psychotic experiences can be partly attributed to genetics. But genetics can't explain everything.

The analysis revealed that genes associated with the risk of psychotic experiences were several of the same that are linked to a variety of mental disorders, as well as neurological developmental disorders such as ADHD and autism. So not just schizophrenia.

Ingrid Melle, who is researching risk factors for psychosis, does not think it strange.

disorders and also developmental disorders, but not for pure neurological disorders, such as Alzheimer's and Parkinson's disease.

She cites a large study published in the journal Science last year as an example.

– There are no individual genes with very large effects such as increases the risk of specific bipolar disorder or specific schizophrenia. However, many overlapping genes that individually have little effect on the risk. The fact that the researchers behind the new study find the same for psychotic experiences is not surprising, but it is interesting.

Melle says that the background for someone suffering from psychotic disorders is a complex picture that researchers are trying to throw in. is part of it.

– There are some gene variants that many in the population have, but which are a little more common in people with severe psychotic disorders.

Schizophrenia has found over a hundred such.

– None of these Gene variants are pathogenic in themselves. The risk increases if you have many and interact with other risk factors in the environment.

Ivar Elvik says that you know that certain groups are at higher risk of experiencing psychosis.

– Groups that have substance abuse problems are at higher risk. There is a higher incidence in cities than in rural areas. There is also a greater chance that those who have migrated or experienced trauma will have psychoses.

People who have experienced difficult things like bullying for several years are also more vulnerable.

– You know a lot about risk factors, but you don't know enough to fully understand the psychos phenomenon. There is no risk of being alone, and there is no risk factor that is absolutely necessary, "says Elvik.

Several psychologists have been concerned with removing the stigma of schizophrenia and other mental disorders that include psychosis One of these is the Dutch psychiatry professor Jim Van Os, who points to studies in the normal population that show that psychotic experiences are more widespread than previously thought.

– He believes that psychosis should be seen in a dimensional way, as a phenomenon that everyone can experience, but when it gets very disruptive and you get a diagnosis, it does not mean that those who get it are very strange or different, says Elvik.

– Similarly you can look at anxiety. Everyone can experience it, but if you have much of it, it can be understood as a diagnosis.