Here’s some bad news about the coronavirus 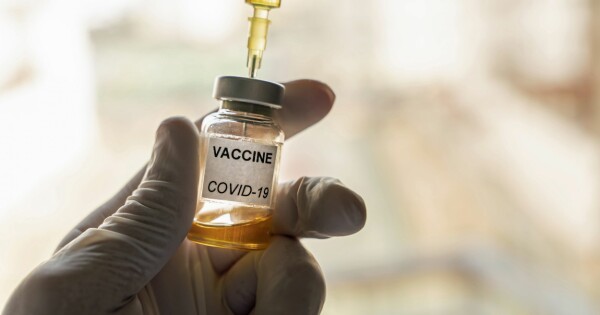 We will never get rid of it. No matter what we do, the virus will never disappear from the face of the earth. The good news, though, is that we can control it with a vaccine.

On May 13 this year, Dr. Michael Ryan, director of WHO’s emergency programs, said we would probably never get rid of the coronavirus. “This virus can become an endemic virus that will never go away,” he explained.

Ryan compared the coronavirus with the HIV virus, which has never disappeared, but for which we have now found treatment and measures that have reduced its spread.

This is an opinion that is also unequivocally shared by Norwegian experts. Professor Ørjan Olsvik at the Norwegian Arctic University in Tromsø says that the coronavirus and similar viruses are found in so-called animal reservoirs, ie in the animal world.

1; If we are to eradicate the virus, then we must eradicate the bats, which are carriers of the coronavirus and other at least equally dangerous viruses.

– In principle, we will be able to eradicate the virus among humans, but since this is a virus that exists in the animal world, and has its origins there, it could be transmitted back to humans, says Professor Nils Chr. Stenseth at the University of Oslo.

– But if we were to be able to remove the virus from the human population, then there are many years ahead in time, he adds, and elaborates that there will be a minimum of ten years before it is gone among humans, probably much longer, adds he to.

Stenseth also does not rule out that we may experience a new boom for the winter, in line with the seasonal fluctuations we see when it comes to flu viruses.

Also read: You are not corona-safe until at a distance of five meters

The virus will thus never disappear, because it will always be present in the animal world even if we manage to remove it among humans, and we do not know when it can jump back from animals to humans.

In this context, Stenseth points out the bacterium that led to the black death.

– The bacterium that caused the plague is impossible to eradicate, but it is entirely possible to make the plague among humans something that belongs to history.

Olsvik points to immunity as a possible solution to gaining control of the virus.

– We see that many have become immune, and in Africa there has been a mild spread. This is thought to be due to the fact that they have had a corona-like virus in the past.

He also points out the possibility that the virus can mutate into one less dangerous version.

– Because the serious variant is buried together with people who have died from it, the virus will not find hosts it can multiply on, and therefore can mutate into a milder variant.

Olsvik says that it has been registered that the number who die as a result of infection has decreased considerably.

– But it is not because of the virus, but because far more are being tested and patients can be treated at a much earlier stage.

However, what is highlighted as the most important contribution to gaining control of the virus is a vaccine. Here, intensive work is done in diverse laboratories around the world.

– With a vaccine, we will be able to live normally with the virus, so the key to further development is a vaccine, says Nils Chr. Stenseth.

At the beginning of the pandemic, there was also talk of developing a medicine, but this track has received less attention lately.

– When it comes to medicines, so far no remedy has been found that works satisfactorily, Olsvik says.

– Secondly, the vaccine is a much cheaper treatment, and can be used on far more people, and can provide immunity for 10 years.

Also read: How to sew your own face mask

Do not know the long-term effects

One of the challenges with the Covid-19 virus is that it does not know the long-term effects of it, and according to Olsvik, long-term damage can occur both six months and a year later.

– But we know that some of those who have been in a respirator have had their lungs damaged forever, partly because it is a great strain to be in a respirator for a long time.

Smokers are more likely to have fatal cerebral hemorrhage, studies of twins show

Can hair coloring increase the risk of cancer?

Coronavirus – The drain can reveal the spread of the corona