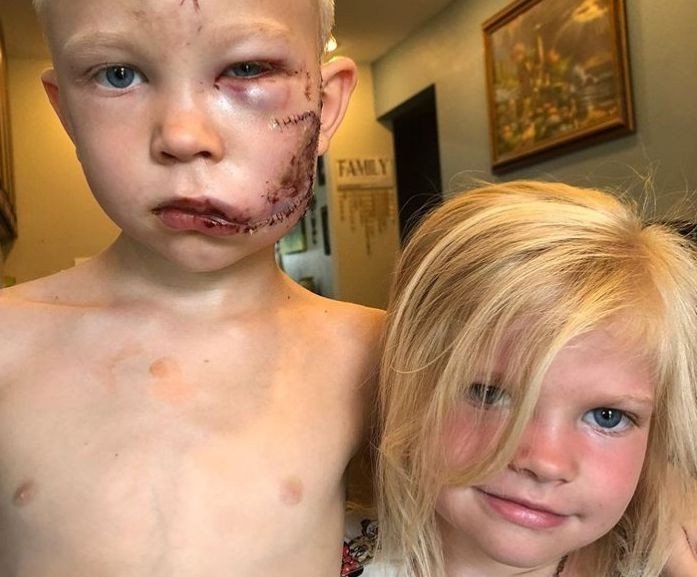 Bridger Walker puts her sister’s life ahead of her own.

On July 9, my six-year-old nephew, Bridger, saved his little sister’s life by walking between her and an attacking dog. After biting his face and head several times, he grabbed his sister’s hand and ran with her to protect her. He later said, “If anyone dies, I think it should be me.”

This is how Instagram user Nicole Walker describes the incident that led to six-year-old Bridger Walker getting more than 90 stitches in her face after a two-hour operation.

7;s children from both before and after the attack, which show how the nephew’s face was brutally injured by the dog.

The case has been covered by CNN and CTV, among others.

Manten has also tagged several celebrities who have played superheroes in the Marvel movies and writes that she “wants all other superheroes to find out about the latest superhero”.

Several of them have apparently done so, and in the comments section, Mark Ruffalo (52), who plays The Incredible Hulk in Avengers movies, has given a greeting.

“People who put others before themselves are the most heroic and caring people I know. I respect and admire your courage and heart. Real courage is not to dominate people, oppose people or walk around like a tough guy. Real courage is to know what is right, and to do it even if it can hurt you in some way », the actor writes to the brave six-year-old.

Anne Hathaway (37) has also shared a greeting – even though in the role of Catwoman from “The Dark Knight Rises” she is part of the DC Comics universe, not Marvel.

“I’m not an avenger, but I recognize a superhero when I see one. I can only hope I’m half as brave as you in my life, Bridger., she writes in a separate Instgram post dedicated to the six-year-old.

Chris Evans (39), known to many as Captain America, has sent a video greeting to Bridger.

The video greeting is shared by the six-year-old’s aunt on Instagram, where you can see how Bridger sits in a suit for Captain America and watches the video with her little sister.

«Conversation with Captain America. There are no words. We are so, so grateful », she writes.

– I read your story and saw what you did. I’m sure you’ve heard this a lot in the last few days, but let me be the next to tell you this: You’re a hero. What you did was so brave and selfless. Your sister is so happy to have you as her big brother, is among what Evans says, before adding that he will send him a genuine Captain America shield.

The family tells CNN that stars such as Tom Holland (24), Hugh Jackman (51) and Zachary Levi (39) have also contacted them.

Read also: Paris Jackson was covered by his father throughout his childhood: – Be afraid for a long time to let the world in

Bridger’s story has reached many people, and via Instagram, his aunt updates followers on how the six-year-old is doing.

Three days ago she wrote that the scar heals well, and that he is upright and even over a healthy and happy boy.

“He can not smile too wide yet, but he flirted when I read their comments to him”, is among what she wrote.

In addition, she encouraged anyone who wants to help send pictures of cool rocks they come across, as Bridgers is very excited about just rocks. 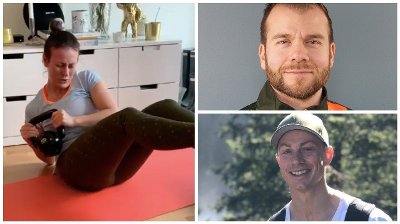 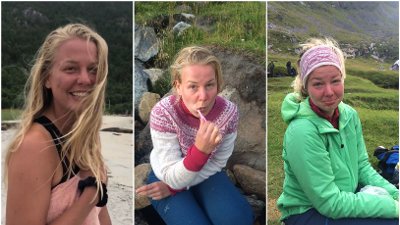