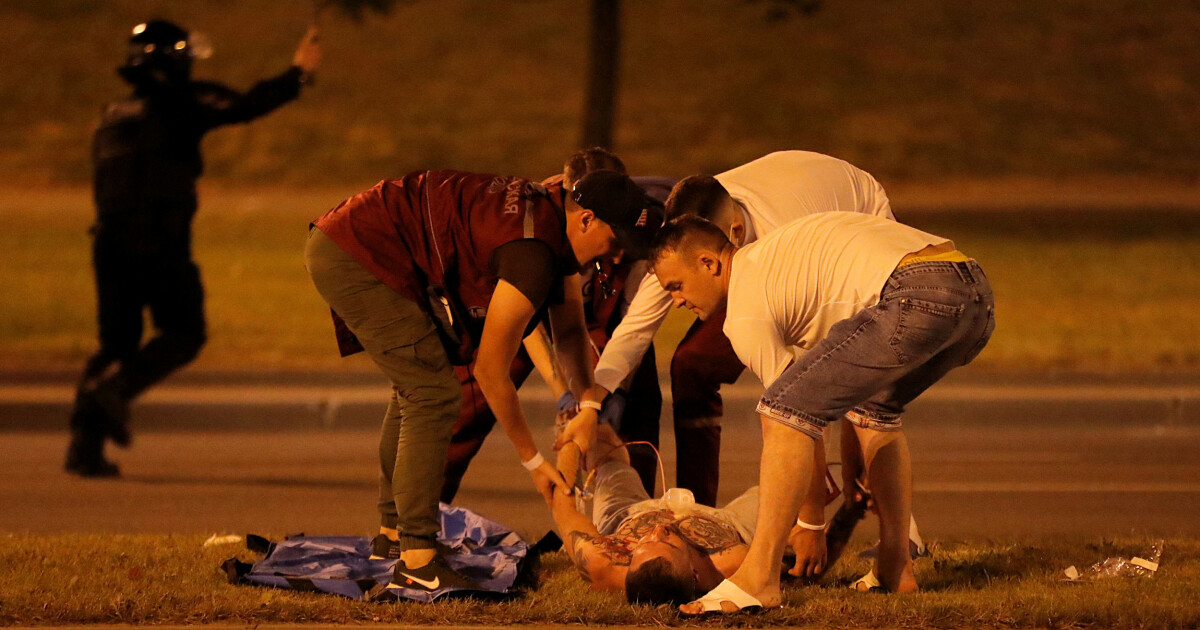 Witnesses described chaotic scenes in the capital Minsk with protesters shouting, car horns and sirens. Protests against the election results were also held in other cities in Belarus.

According to the opinion poll for the state parliament, Alexander Lukashenko – who has held the presidency for 26 years – voted over 80 percent of the vote, reports AP.

About 1,000 protesters gathered around the war memorial in central Minsk, where police violently supported them and used stun grenades to disperse the crowd. Pictures show protesters clearly showing violence.

A video shows police firing stun grenades at protesters to disperse them. According to witnesses, several thousand protesters and about a thousand rioters gathered in central parts of the capital Minsk.

Media related to the opposition, among them tut.by and Nasha Niva, write that water cannons are used and that a police car must have encountered the crowd.

There are reports of injuries and pictures on social media show protesters with head injuries, but the Interior Ministry still denies that anyone is injured.

Pray that the use of force will cease

Critics of the election point out that two opponents of Lukashenko were denied a seat on the ballot; the two have fled the country and been imprisoned respectively. The main opponent, Svetlana Tikhanovskaya, came under strong pressure over the weekend when eight employees were arrested, while another fled the country.

Tikhanovskaya refuses to accept the result of election day, which gives her 7 percent support.

While demonstrations broke out in Minsk and Brest, among others, opposition leader Svetlana Tikhanovskaya called for calm and for the security forces to refrain from using force.

– I want to remind the police and military forces that they are part of our public, she says according to her election campaign apparatus.

– I know that the people of Belarus will wake up tomorrow to a new country, she continues.

Belarussian authorities say the demonstrations are under control.

– The police are checking the situation with the illegal mass gatherings, reports the state news agency Belta, which quotes the Ministry of the Interior.

Many were also arrested in the riots, and Tikhanovskaya hid to hide after several of her election officials were arrested. One of her advisers has fled to Moscow for fear of her own safety, reports CNN.

Tikhanovskaya challenged Belarus’ longtime leader Alexander Lukashenko in the presidential election and she refuses to accept the election defeat. Election day from the state news agency BelTA gives the incumbent president about 80 percent of the vote and Tikhanovskaya only 7 percent.

The country’s election commission has not yet published the official election results.

The election campaign has generated the most widespread demonstrations in several years, and opposition supporters have repeatedly expressed fears that the election would be manipulated by the authorities.

– For five nights, the ballot box has been unattended, it gives the authorities a lot of leeway, said Veronika Tsepkalo, wife of opposition politician Valerij Tsepkalo, before she left the country.

President Lukashenko has been widely criticized for dismissing the coronavirus as a “psychosis” and authorities are accused of dying.