Breaking News
Home / Business / Amazon | Who is afraid of Amazon?

Amazon | Who is afraid of Amazon? 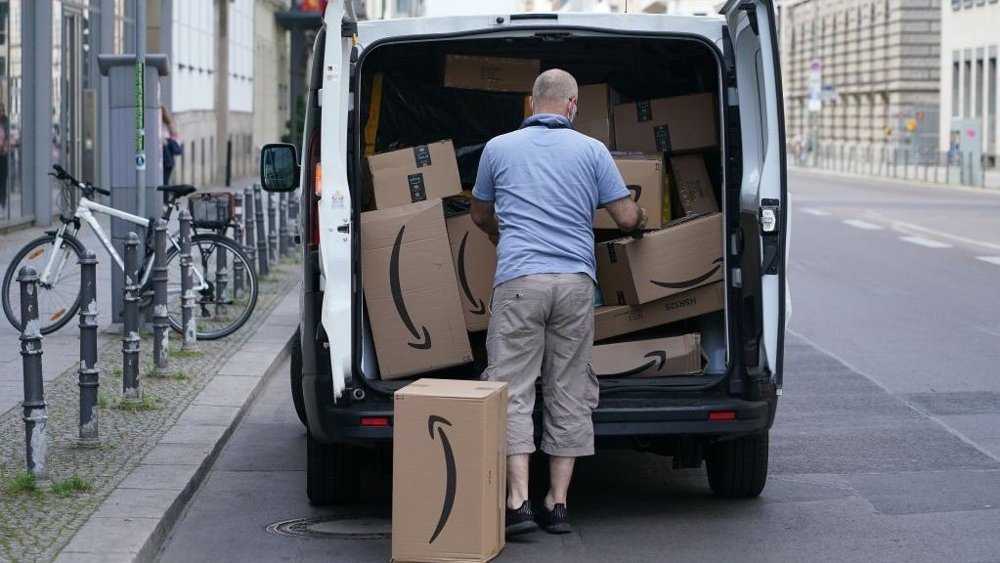 Rumor has it that we will soon have Amazon as a real player in Norway. It makes so-called Norwegian stores fall into their pants.

Several experts have started to add 1 (Amazon establishes itself in Sweden) with 1 (Norway is an interesting market) and get the natural 3: Amazon comes to Norway. In an unsigned editor in Dagsavisen we can read the description: Amazon is a monster.

Amazon is big, but is it a deformed freak?

For most of us, there are several ways it can affect us.

. Where do you get the cheapest item?

2. What happens to local jobs?

4. What happens to the city center and the local community?

5. Do we get a larger selection?

6. Does it matter which multinational company we trade with?

Let’s start with the last.

Which multinational company do you prefer?

The battle between multinational companies is interesting to watch. Whether the British Dixons Carphone (the owner of Elkjøp) will be the largest in the Norwegian electronics market, or whether it will be the marketplace and the online store Amazon is of course exciting.

We will meet Amazon with our secret weapon: 4,100 employees who stand up every day with the goal of becoming the best in the industry. 4100 colleagues who in meetings with people provide personal service to our customers – who are often our neighbors, best friends, mothers or schoolmates. 4,100 employees who are willing to innovate who create local values ​​and who participate in the Norwegian cormorant team by paying taxes to their home municipalities.

In 2019, for example, Elkjøp nordic AS paid 178.8 million Norwegian taxes in Norway. The rest of the winnings went to the group and the coffin bottom.

In addition, it is of course a fact that Elkjøp has many employees who earn salaries and pay taxes. Whether they stand up every day to be the best in the industry can of course be taken with the pinch of salt that it should be, but the question for Norway and the local community is as follows: What happens if Elkjøp disappears? Will something replace the jobs? What happens if you buy your next mobile phone from Amazon online and not in Elkjøp’s physical store (if you buy it online, there is hardly any difference if you do not have strong preferences between the US and the UK)?

Before the pandemic, retail was the only industry with a negative development in the number of employees. There were fewer people in the stores and sales decreased. The store’s death received many explanations. In Oslo there were closed streets, elsewhere it was over-establishment or the development towards us acted more sustainably. E-commerce was and is, of course, an additional factor. In the clothing industry, our purchases in foreign online stores have increased by 32 percent per year. This has affected both multinational companies such as H&M and Norwegian players such as the Varner Group.

When the pandemic came, e-commerce sales increased by 33 percent (March to March), while a clothing industry had a decline of over 50 percent. There were special circumstances, but most of all it was a reinforcement of a trend. The trend from April-June 2019 until 2020 shows that e-commerce increased by 45 percent.

In the editorial office that I linked to in Dagsavisen at the beginning of this post, we could read: we have every reason to fear for our physical meeting places, our shopping streets and downtown.

The question is whether it may be due to Amazon, or whether it is a natural development that is reinforced by Amazon. The question is not whether these shopping streets and Norwegian city centers around Norway have already been so-called destroyed by shopping centers and large chains long before e-commerce rolls extra strongly inland. Our physical meeting places may not have to be the store either. Can it not be a café, restaurant or something else social? Can local workplaces move to other things? In the US, it is seen that it is first and foremost the shopping centers with their large chains that are disappearing. Do you want to miss them?

Speaking of which: a clothing store like Zalando has started using its distribution network to deliver to physical stores in the Netherlands and Germany.

Do we get more articles?

Amazon has established itself in several markets without the product range having increased. In the Netherlands, Amazon did not initially have a larger selection than local competitors, but was cheaper and had more efficient delivery.

Experts do not agree that Amazon’s entry is negative for small, local players. There is evidence to the contrary.

Amazon is probably a bigger competitor for Power, Dixon’s Carphone, H&M, Cubus than for the local manufacturer of rag socks. Because it can be an opportunity more than a problem.

Is Amazon completely black and white?

Half of everything Amazon sells comes from stores other than their own, the so-called Amazon Marketplace. Eighty percent of those who sell on Amazon also sell in other channels, although some avoid – such as Nike and Birkenstock. For many Norwegian manufacturers and stores, Amazon can thus be an alternative.

Not everything is cheaper on Amazon in the US either. During the pandemic in the US, several American blogs and magazines (like this one) compared the prices of things like face masks and toilet paper and found that the prices in the online store are not cheaper.

Something that will be extended to more countries this autumn. At the same time: Rumor has it that a player like Ikea is involved in delivering goods in the store to Amazon, and several Norwegian and Scandinavian players will surely throw themselves into it.

For society, online shopping is positively environmentally friendly (although the most positive thing for the environment is not to buy anything). Instead of driving to the mall, we get things delivered home (where a drive is delivered to several houses and apartments), and we might go to town for a glass of wine instead of buying nails.

Amazon is more than a store

It’s not long ago that a devastating pink business magazine referred to Amazon as a bookstore. It’s been a long time since there were books that Amazon made its money on. Less than half of Amazon’s revenue comes from its own warehouse and online store, and books are a very small part of that. Amazon, for example, is also warehousing, distribution and cloud solutions (digital cloud solutions).

For a natural development is difficult to counteract. Even if we try.

Did Spotify kill the record stores? Yes, but are we worse off now?

Is Netflix destroying sales of physical DVDs and blu-ray? Yes, but are we worse off now?

The people, as signatories as the old employee of the record store, who worked in the stores that sold this are now working in other industries, other stores and with other things.

Technology, solutions and customer-oriented thinking provide new opportunities and solutions. Amazon’s genius is fast delivery, customer service of the highest quality, often good selection and smart solutions for you and me. It is probably the case that a post from Amazon will strengthen a development, but it is now the case that it is we consumers who decide what type of development we want.

Who should be afraid?

There is no doubt that a possible establishment of Amazon in Norway will increase the pressure on online shopping. This means increased competition for existing online stores and the physical stores that initially have problems competing. There are many good examples of stores that are good at creating online stores from their local position. Such as Lunehjem.no. Customer-centric and good service will win.

The malls seem to be under strong pressure. The same goes for many chains. There are many reasons for this, and something I wrote about last fall: Shoplifting for idiots. Amazon will strengthen it. Does that mean your local center is dying? No, but if we are to believe experts, we will see major changes in how we relate to the city center and cities.

In April, I wrote that the problem is too bad innovation and new thinking: Now comes the death of the real store. These stores, and there are many of them, who do not think smart and adapt will die. This has always been the case.

The largest marketplace in Norway is Finn, where used goods are mainly sold. How scared Schibsted should be of Amazon can be discussed, but a competition is guaranteed.

Then there is a political discussion and a work to get tax revenue from the multinational companies. In 2017, Fredrik Skavlan paid more in taxes than Google in Norway. Facebook pays even less.

We would not have Amazon as a major player worldwide if you and I, the consumers, do not love the store. The great We should rejoice, as personal consumers.

Small, local players can also look forward to having the opportunities on a large national platform. In pure self-fame, we have thought the idea we also in Amedia and Nettavisen, and have established our own online store. We have distribution via the same people who deliver the magazine, and provide opportunities for small companies (such as the small Norwegian publisher Strand, Liverpool’s supporter club in Norway (which is a separate Norwegian foundation), Carepacks and more) to sell their goods and get them marketed through our channels.

And it’s a great opportunity for anyone who sells ads and commercials. In the US, Amazon is by far the largest advertiser and if the company is to establish itself, they must market themselves strongly.

PS! The consolation for those who are afraid of Amazon is that rumors say that the company has entered into an agreement with Postnord. Anyone who has had the dubious pleasure of having packages delivered through that company knows that it is not necessarily just a joy.