Breaking News
Home / Sports / NFL Week 2 grades: Browns get an 'A-' for blowout win, hapless Jets get a 'D-' 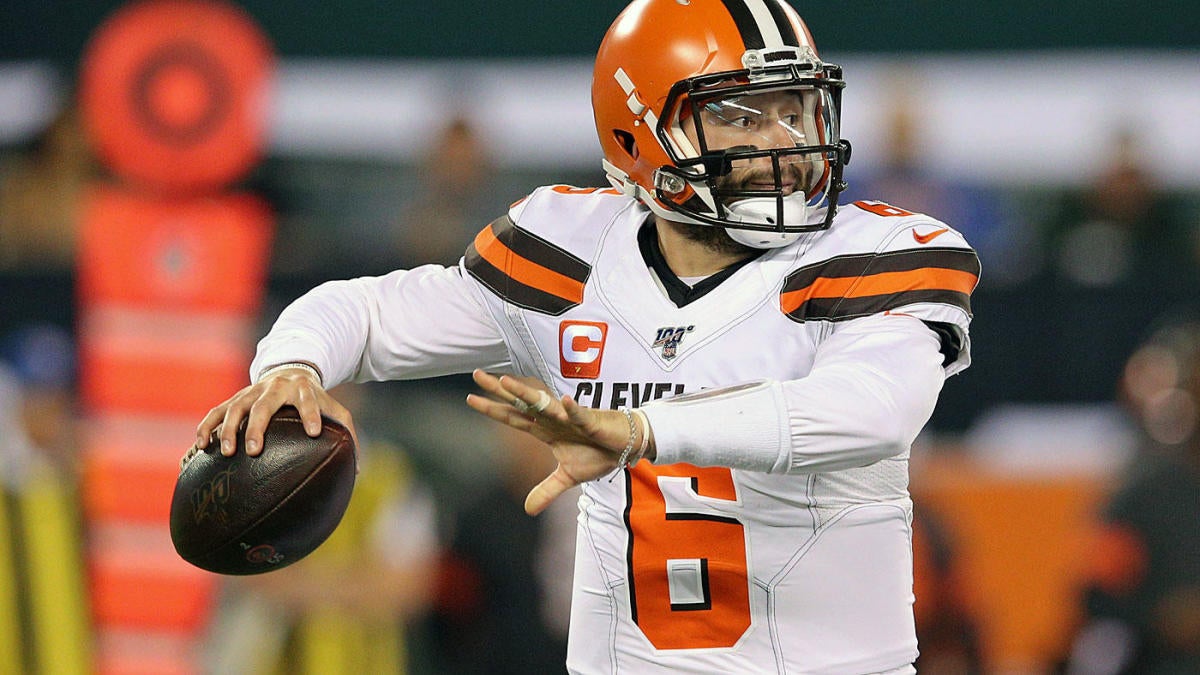 If the 49ers were handing out game balls on Sunday, hopefully they gave one to coach Kyle Shanahan, and that's because he put together a nearly perfect game plan for the team during his 41-17 blowout win in Cincinnati.

In a game where the 49ers racked up 572 yards – the team's highest total since 2012 – Shanahan had the Bengals guessing on nearly every offensive play that San Francisco ran. The 49ers were basically able to do whatever they wanted in game where they totaled 31

3 yards through the air and 259 yards on the ground.

It was pretty clear in the first quarter that the Bengals were overmatched against Shanahan's offense. On Jimmy Garoppolo's first touchdown of the day, quarterback found Marquise Goodwin, who couldn't have been more wide open on a score that came from 38 yards out.

Week 2 is in the books and there's a lot to go over. Fortunately Will Brinson, John Breech, Ryan Wilson and Sean Wagner-McGough are here to break everything down on the latest episode of the Pick Six Podcast. Listen to the full show below and be sure to subscribe right here .

Shanahan wasn't just dialing up the long ball though.

On their next possession following Goodwin's score, Shanahan called a screen that caught the Bengals completely off guard. The 49ers ran it to perfection and Raheem Mostert ended scoring on the play from 39 yards out.

For 49ers fans, the biggest highlight of the win was probably watching Garoppolo, who looked confident just one week after struggling through San Francisco's opener. The 49ers finished the first half against the Bengals with 291 total yards, which was more than they put up in the entire game against the Buccaneers in Week 1 (256 yards).

With Garoppolo on fire, the Bengals never seemed to have any idea what was coming next, which allowed Shanahan to get the 49ers ground game going. Led by Matt Breida, who rushed for 121 yards, the 49ers totaled 259 yards on the ground, which was their highest rushing since December 2014.

Although the 49ers struggled during Shanahan's first two years with the team, it's starting to look like this is going to be the season where he's finally able to put all the pieces of the puzzle together after nearly 24 months of building.

The thing about the 2019 49ers is that they're already doing things that the team hasn't done in years. The win against the Bengals means they are now 2-0 in the Eastern time zone, which does not seem believable when you consider they went 0-12 in Eastern time from 2015 to 2018.

The 41 points against the Bengals means the 49ers have scored 30 or more points in back-to-back games to start the season for the first time since 1998. Also, the 49ers' first two wins also came on the road, which marks the first time San Francisco has won back-to-back road games to start a season since 1989, and as 49ers fans know, that 1989 season ended with a Super Bowl win. And not just any Super Bowl win, but the most dominant win in Super Bowl history (55-10 over the Broncos).

The 49ers front office has shown plenty of patience with Shanahan and general manager John Lynch, and that patience is now paying off with a 2019 season that's starting to look like it could turn out to be special. The 49ers will be hosting Pittsburgh in Week 3 and will be bouncing off 3-0 for the first time since 1998.