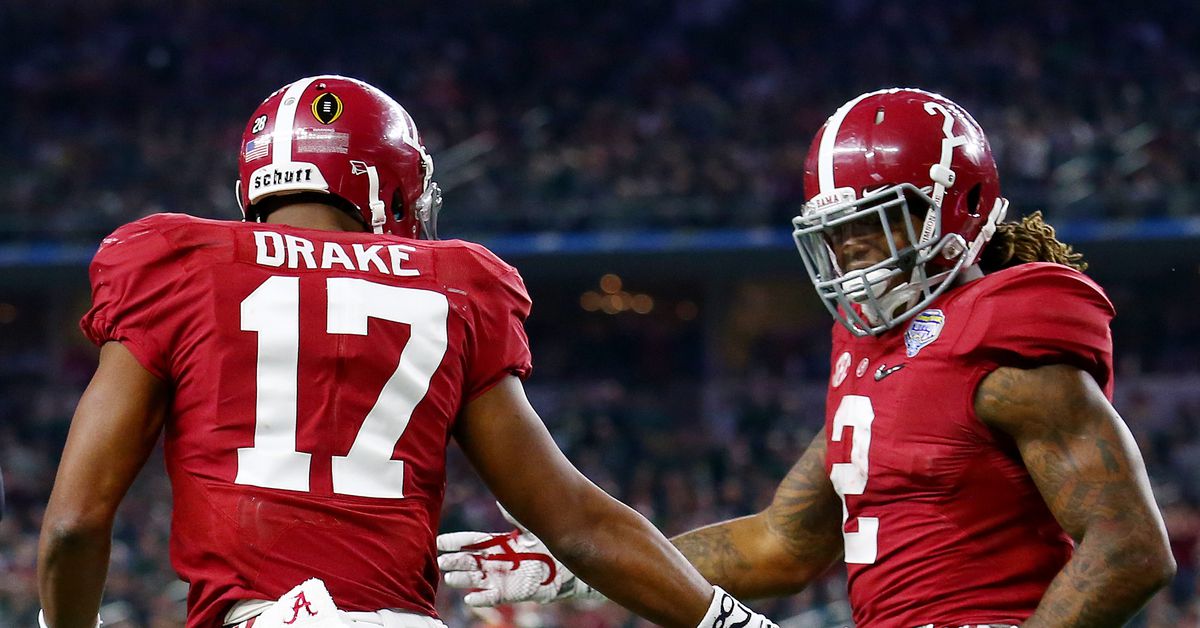 Someone named Neal Driscoll on Twitter reports that the Titans have reached out to the Miami Dolphins about the opportunity to trade for Kenyan Drake.

The Lions, Buccaneers and Titans are three teams that have talked to Miami about Kenyan Drake.

We know that Jon Robinson has a history of kicking the tires when a player is rumored to be available. My guess is that there is nothing more than this. Of course, I love Drake as a player, but why would you give up a choice to get a back-up running back ̵

1; especially when you're already paying Dion Lewis a lot of money to play the role that Drake would probably play here. [19659004] It will be interesting to see if the dolphins can eventually move Drake. My guess is that the best thing they will be able to do is choose a third day. Even more than the Titans should be willing to give up on him.

* I love all the excuses to use an Alabama image as the headline for an article!