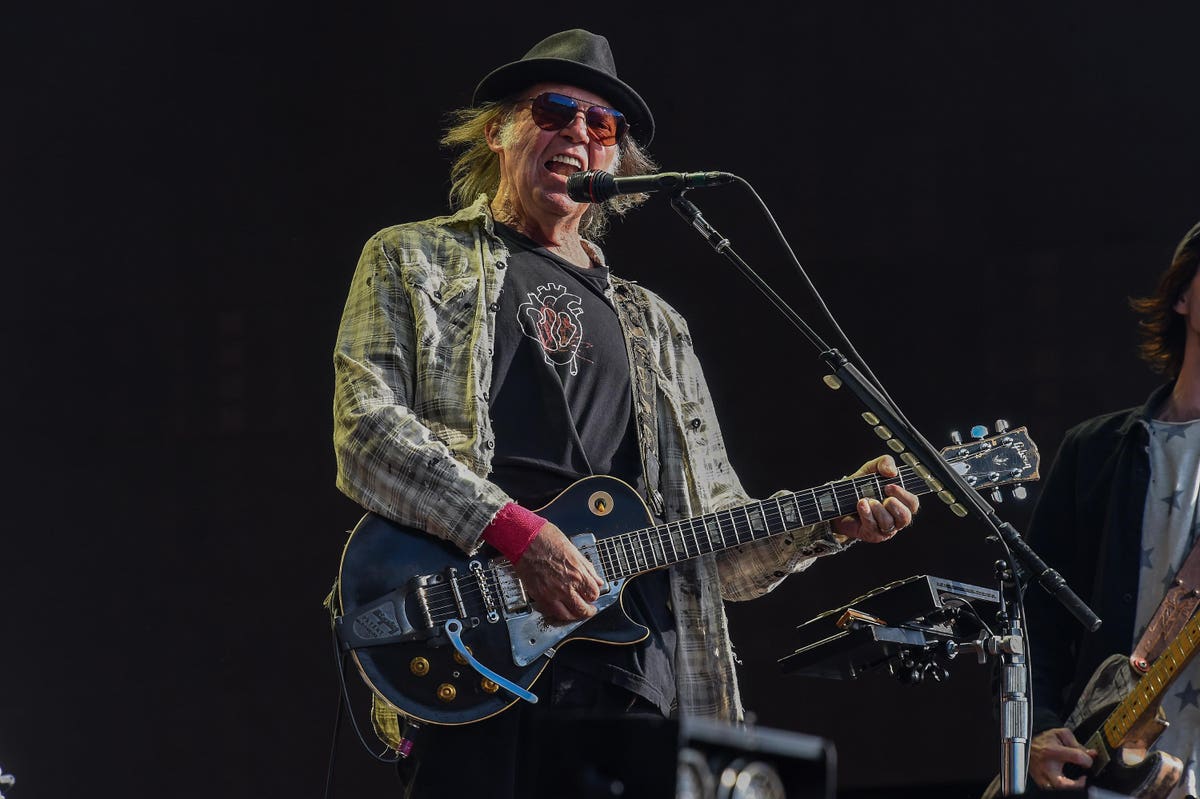 After Trump’s Fourth of July event on Mount Rushmore where Neil Young’s “Rockin ‘In The Free World” was playing, the legendary musician – who is no stranger to joking with Trump over the use of his music – responded on Twitter to say, “This is NOT ok with me,” the latest in a long line of well-known musicians making the same complaint.

Trump played the infamous “Rockin ‘In The Free World” on the day he announced his 2015 presidential candidacy, earning a quick condemnation from Young’s management company.

In another video from Friday’s event, Young’s “Like A Hurricane” can be heard.

“I stand in solidarity with Lakota Sioux & it’s NOT ok with me,” Young said again on Twitter.

South Dakota State Mount Rushmore is built on is a sacred area for local Native Americans; for some, the monument to the US presidents is considered a symbol of oppression.

In February, Young published an open letter to President Trump: “You are a disgrace to my country,” he wrote. “‘Keep on Rockin’ in the Free World ‘is not a song you can run out at one of your rallies.”

“Rockin ‘In The Free World” was written while Young was on his way in 1989, Rolling stone notes, one month after President George HW Bush took office. The song is a bitter, sarcastic condemnation of a government that did not seem to care for the poor and vulnerable.

Young is just one in a list of more than a dozen musical artists who have criticized the president for using his music at his rally. The Rolling Stones threatened to sue Trump in June for unauthorized use of their music after “You Can’t Always Get What You Want” played at a rally in Oklahoma. The family of the convicted Tom Petty issued a cease and desist message to the Trump campaign after “I Won’t Back Down” was played. “Trump was in no way allowed to use this song to promote a campaign that leaves too many Americans and common sense behind them,” Petty’s family wrote in a statement. REM, Estate of Prince, Nickelback, Guns N ‘Roses and Rihanna are also among the artists who have clashed with Trump about the music.