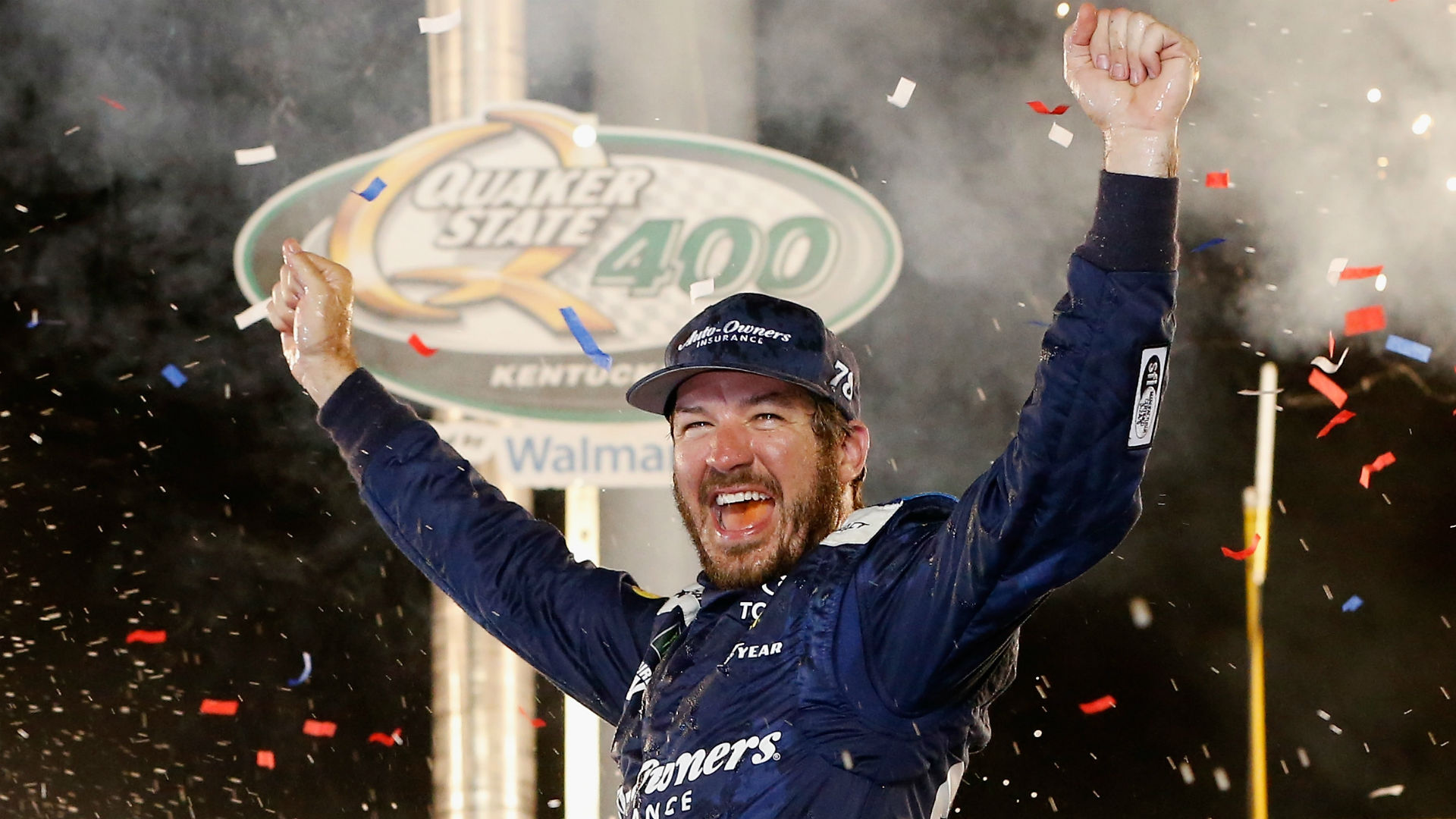 NASCAR was back for another competition under the lights Saturday. Martin Truex Jr. took home the checkered flag for the second consecutive year at Quaker State 400 on Kentucky Speedway.

Truex Jr. won the pole and rarely gave the lead the rest of the night. Driver # 78 was dominant when it came to building a lead and eventually winning more than two seconds. Truex led for 174 of the race's 267 laps and won all three stages to take home their fourth season for the season and strengthen their place in the Monster Energy Cup series. Quaker State 400

"What a hell of a night it was," said Truex. "We try to do it every week, but it only shows how difficult it is. We made it easy last year, but it was not really." Hats off to my guys to keep me all year long. have worked hard on these cars that tried to figure them out. "

9th Truex's career and his first this season on an intermediate track (1.5 miles).

The race did not play nearly as much action as last week's multiple-day trip on Daytona. Brad Keselowski was the biggest threat to Truex even after a rough early stop. He led 38 yards. Kurt Busch held the 45-turn lead.

"It is positive, it is certain, "Blaney said." I hate it. I thought we were in a good place where started fourth and Martin fought a bit for the first few rounds and I thought I could get him but could not quite run him. His car came in and my kind of faded little and he won the competition. That stunk. "

Truex, Kyle Busch and Kevin Harvick have dominated the series this season and have been dubbed" The Big 3. "They have combined to win 14 of the 19 races this year and sit comfortably at the top of the score

# Rookie.
(i) Not Qualified for Serial Points.
* Non-charter team driver.

10:18 – Twenty turns to go and Martin Truex Jr. lies closer to defending his trophy. Ryan Blaney and Brad Keselowski behind him try to make sure it does not happen.

10:08 – Even a contest can stop them from getting the grass watered on Kentucky Speedway.

They are serious about maintaining #BlueGrass here @KySpeedway . Sprinklers are at full power with 50 to go. | #NASCAR # QS400 pic.twitter.com/I8raMRAPcK

10:01 – Back to green and they have 53 laps to go now. A close wreck almost takes out Aric Almirola and Daniel Suarez but they hang hard.

9:54 – Kurt Busch chooses to take only two tires so that he gets four spots and leads the way of pit road under this caution.

9:51 – Martin Truex is back forward but the caution flag is out for J.J. Yeley, whose car is smoking and has come to a halt.

9:37 – Kyle Busch reports and vibration but he will stay out for as long as he can. Brad Keselowski is still out with Martin Truex Jr. which plays spell.

9:33 – Things get a bit more interesting in Kentucky.

9:28 – What a job at the latest pit stops from Brad Keselowski.

] Dang. @keselowski takes 2 tires, gets 14 places and wins the competition by pitfire! pic.twitter.com/2STBEXQbsw

9:21 – Martin Truex Jr. runs 2 for 2 with stage wins tonight. He did the same last year in Kentucky, then scored three and one victory.

STEP 2 WINNER: MTJ does it again!

9:16 – Ten more left in the scene and behind Truex are Kyle Busch, Ryan Blaney and Kevin Harvick.

Do not count him out. @ Blaney s put together a solid run tonight, currently P3. pic.twitter.com/Vaqje3oVz7

8:58 – Green again and there a three-wide battle for the top leak. Martin Truex Jr. comes out of the way.

8:51 – Warning for Alex Bowman, who takes some heavy damage on the front right after a blown tire and a hit with the wall.

8:37 – Kurt Busch wins the race of gropweg. Joey Logano stopped, so he will lead to reboot of step 2.

8:20 – With 20 laps, Kurt Busch goes out with Joey Logano and Alex Bowman behind him. Busch then pours on round 61.

8:09 – Brad Keselowski gets spotted with a faster penalty. Tough break for car # 2, riding with the leaders early.

8:02 – A few problems for Ricky Stenhouse Jr. He has to pave the way twice for vibration.

7:45 – Kyle Larson is forced to start from the back to miss the driver's intro. Costly little absence there.

7:40 – The engines have been fired. Almost time to get things rolled.