NASA shares eight amazing images from the surface of Mars

NASA’s Curiosity rover has been on Mars since August 2012 and during that time it has shared some amazing images of the Red Planet during its journey of 140 km.

It has seen much during that time as part of its mission to find out if Mars has any water or the chemical building blocks that may point to evidence of ancient life.

To mark eight years since the rover landed, NASA has shared eight “postcards from Mars” showing a selection of panoramas captured by the vehicle.

Among the photos shared by the NASA JPL team is a selfie taken during a dust storm, the ripples from a dune and clouds seen in the sky above the rover.

.9 billion pound machine was the first to take a “selfie” on Mars during its mission to collect rock samples, study the atmosphere and search for water. 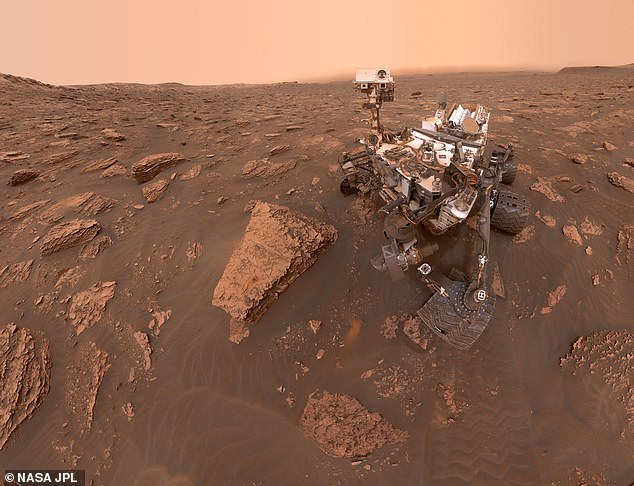 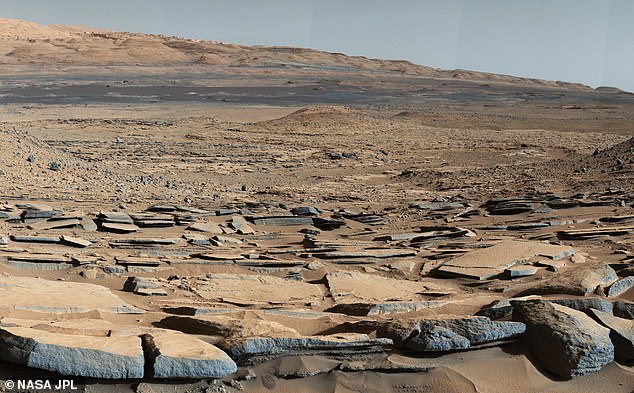 This image was taken back when NASA’s Curiosity rover was at the base of Mount Sharp on March 24, 2014 and shows exactly how far Curiosity has traveled in just over six years. 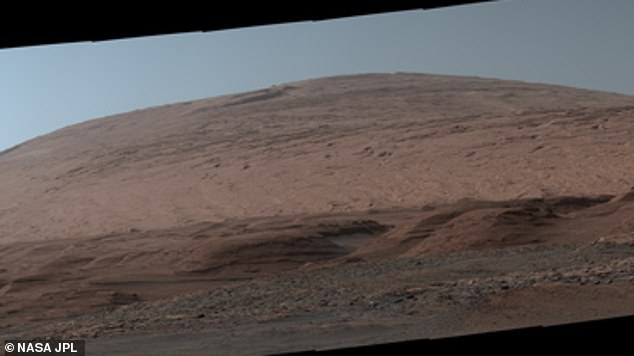 Mast Camera, or Mastcam, on NASA’s Curiosity Mars rover used its telephoto lens to capture Mount Sharp in the morning light on October 13, 2019

The car-sized rover has 17 cameras and a robot arm that it can use to study the air, the ground and find its way around the surface and over different terrain.

NASA shared the image a week after launching the next generation rover – Perseverance – on a spaceflight that will land on Mars in February 2021.

It will go with curiosity in a search for signs of ancient life and water – and will also collect stone samples that will eventually be returned to earth.

In his eight-year mission – and counting – the curiosity has traveled about 140 km and has drilled 26 rock samples – and found that Mars was really suitable for life.

Studying structures and compositions from ancient rock layers helps researchers summarize how the Martian climate has changed over time.

It lets them know how it lost lakes and streams to become a cold desert.

The Curiosity mission is led by NASA’s Jet Propulsion Laboratory, managed by Caltech in Pasadena, California, and involves nearly 500 researchers from the United States and other countries around the world.

Rover is nuclear-powered and found that the planet hosted water at various points in the ancient past – possibly extending over a million years at a time.

It has discovered complex organic chemicals – the building blocks of life – during its slow travel across the planet’s surface.

For the past six years, rovers – about the size of a MINI Cooper – have climbed at the foot of Mount Sharp – and stretched 5.4 miles to the sky from Gale Crater.

This broad panorama was taken by NASA’s Curiosity Mars rover on December 19, 2019. In the foreground is Western Butte; the ridge with a crisp hat in the background is the Greenheugh pediment, which curiosity rose in March 2020 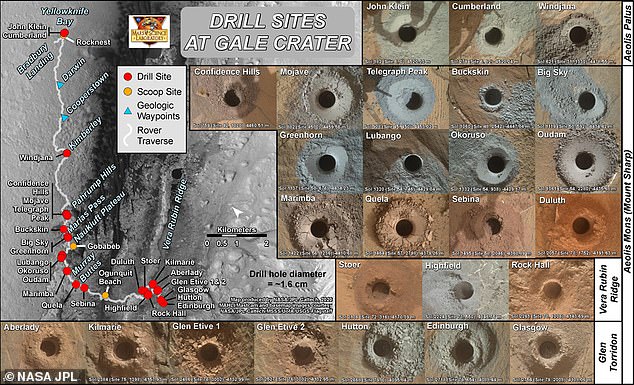 These 26 holes represent each of the rock samples collected by NASA’s Curiosity Mars rover in early July 2020. A map at the top left shows where the holes were drilled along the rover’s route, along with where it scooped six samples of soil. 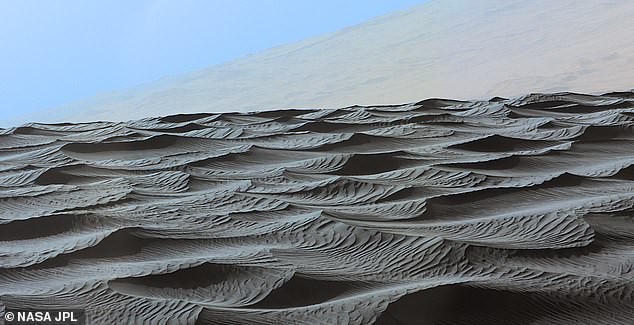 Two sizes of ripples are evident in this December 13, 2015, view of a summit of a Martian dune, from NASA’s Curiosity Mars rover

Here you can see clouds in the Martian sky captured by NASA’s Curiosity rover.

Mount Sharp is one of the images shared by NASA to mark the anniversary of Curiosity landing on Mars – the image is actually 44 images sewn together.

Curiosity will never venture towards the top of the mountain; instead, it is to explore the many layers that are further down.

Each has a different story to tell about how Mars, which was once like Earth (warmer and wetter), changed over time and will reach the next layer in 2021.

“I love this picture because it tells two stories – one about the mission and one about Mars,” said Ashwin Vasavada, Curiosity’s project researcher at JPL.

Another image – called “You are here” – was taken near the base of Mount Sharp on March 24, 2014 and is a panorama that shows how far curiosity traveled in six years.

A photo from 2015 showed the surface of a Martian dune, with two types of ripples clearly in the picture.

The final image, from July 2020, contained images of all the holes Curiosity has dug into the Martian surfaces since it first landed eight years ago.

The Mars Curiosity rover was originally launched from Cape Canaveral, a US air force station in Florida on November 26, 2011.

It was launched on the Mars Science Laboratory (MSL) spacecraft and rovers accounted for 23 percent of the mass of the total mission.

Mars’ curiosity rover was originally intended to be a two-year mission to gather information to help answer whether the planet could support life, has liquid water, study the climate and geology of Mars and has since been active for more than 2,000 days

Rover was originally intended to be a two-year mission to gather information to help answer if the planet could support life, have liquid water, study the climate and the geology of Mars.

Due to its success, the mission has been extended indefinitely and has now been active for over 2000 days.

Rover has several scientific instruments on board, including a mast camera that consists of two cameras and can take high-resolution photos and videos in real color.

So far on the journey of the car-sized robot, it has encountered an old stream bottom where liquid water used to flow, not long after it also discovered that billions of years ago, a nearby area known as Yellowknife Bay was part of a lake that could have encountered microbial life.