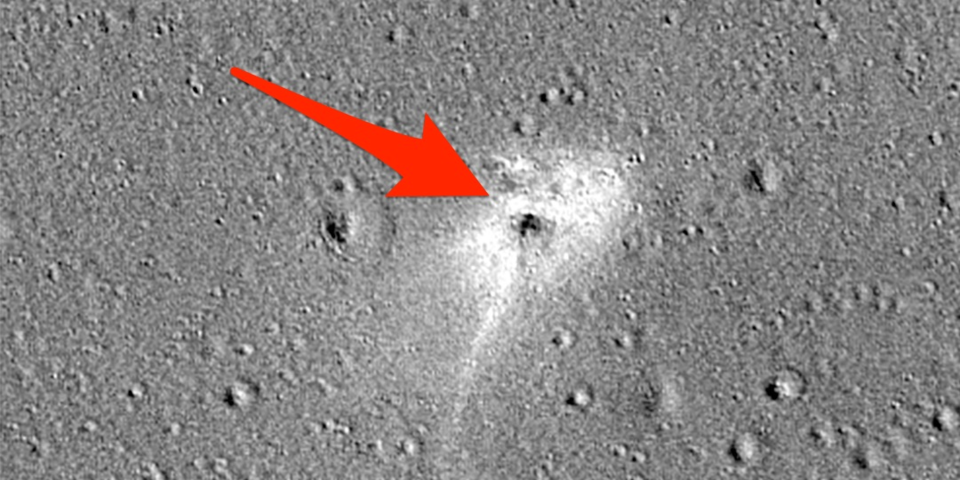 On 11 April, Israeli ideals SpaceIL tried to land a small robot on the lunar surface. But a faulty software command apparently caused the lander's main engine to be shut down.

SpaceIL started the spacecraft – called Beresheet – and revived the engine, but it was too late. It hit the moon, never to be heard again.

Now, researchers at NASA say they have found the approximately 1,300 pound spacecraft's battlefield and photographed it with the agency's Lunar Reconnaissance Orbiter, which constantly captures images of the moon's surface.

New before and after pictures taken around April 22 and released on Wednesday reveals the result of Beresheets high-speed accident. The images from LRO's camera system, called LROC, are shown in the animation below.

"While the spacecraft landed, it first touched the surface about 1

That speed is about twice as fast as a bullet from a gun. Robinson added that Beresheet came down sharply and shattered by impact, leading to a considerable scar on the moon.

According to Robinson, the speed of the Beresheet influence probably meant that it gouged the moon's surface instead of leaving a crater. This spread the earth about 100 meters and left a "dark spot" 10 meters wide, he said.

Below are two pictures of the battlefield. The image to the left is unchanged, while the image to the right is improved to increase the contrast and mark patterns of soil thrown over the moon surface.

Robinson terminated his blog post about the event on an uplifting note, however.

"Despite the accident, it is important to remember that Beresheet was the first spacecraft to be developed and flown by a non-profit entity to track the moon," he said. "And SpaceIL has announced that they will try again, with Beresheet 2!"

SpaceIL has not announced a scheduled launch date or other details.