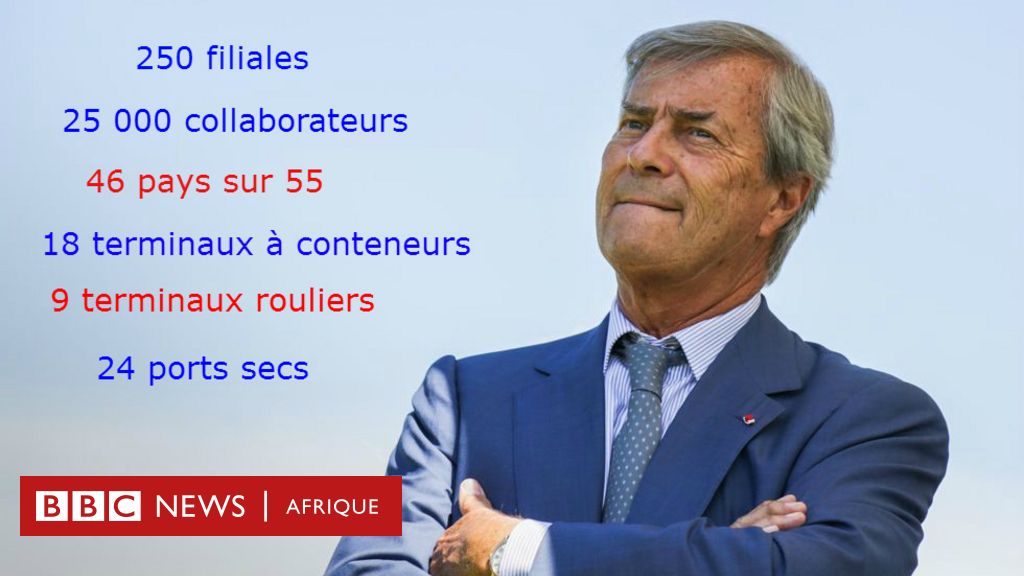 French businessman Vincent Bolloré, accused after 48 hours in police custody to "bribe foreign public officials" in Togo and Guinea. It is present in no less than forty five African countries. For a turnover of almost 3 billion euros.

But how are they doing?

Where are the most flourishing?

A BBC Africa file is a dive in Bolloré's African affairs.

In addition to the industrial and billionaire 66, two heads of their group are heard since Tuesday in the local area of ​​the Paris Police Corruption Police: the Head of Havas International Division and the General Manager of the Bolloré Group.

Francis Perez, CEO of the Pefaco Group, a company specialized in the hotel and gaming industry and very established in Africa has also been in police custody since Tuesday under this legal source.

The Bolloré Group had been managed by Conakry's port while a subsidiary of Necotrans completed the container terminal since 2008.

Bolloré was sentenced in 201

3 to pay more than 2 million euros to Necotrans

After taking many pieces of accounting, during their searches in Havas, 2014 and 2015 , and then at Bolloré's headquarters in Puteaux, in April 2016, investigators were convinced that the two presidential options were partially shared by the group. Bolloré.

Invoices, paid by BAL, which would correspond to the Alpha Condé campaign services.

"In Guinea and Togo, the Bolloré Group was chosen solely for its skills and ability to make port investments, as competitors had not achieved before," answers a spokesman for the group.

Vincent Bolloré must now respond to the court for alleged "foreign agents against agents and dealing with influence".

In 2008, Benin and Niger launched a joint tender for the construction and management of 1000 km of railway line from Cotonou to Niamey. It won by Petrolin, the company of businessman Samuel Dossou.

This market was withdrawn in 2013 for the benefit of the Bolloré Group, through the Benirail company, which causes conflict between the two groups.

In October 2017, the petrol justice has given rise to petrol, dismissing Bolloré.

After several years of law and negotiation months, the project is still stagnant.

The chairmen of the two African countries said on April 7 that they are now planning cooperation with China.

From storage to freight transport, Bolloré Africa Logistics is a must in West Africa. The group directly manages container terminals of 10 ports, including Conakry in Guinea and Pointe-Noire in Congo.

Bolloré charged with "suspicion of corruption"

He also works in 16 container terminals on the continent through public-private partnerships.

The presence of Bolloré in Africa

In this case, Socfin sued the media and NGOs for prosecution, but the Criminal Court in Paris released them in March 2018.

Excerpt of the activities of Socapalm, a subsidiary of Socfin in Cameroon, where subcontractors state their working conditions are specifically targeted.