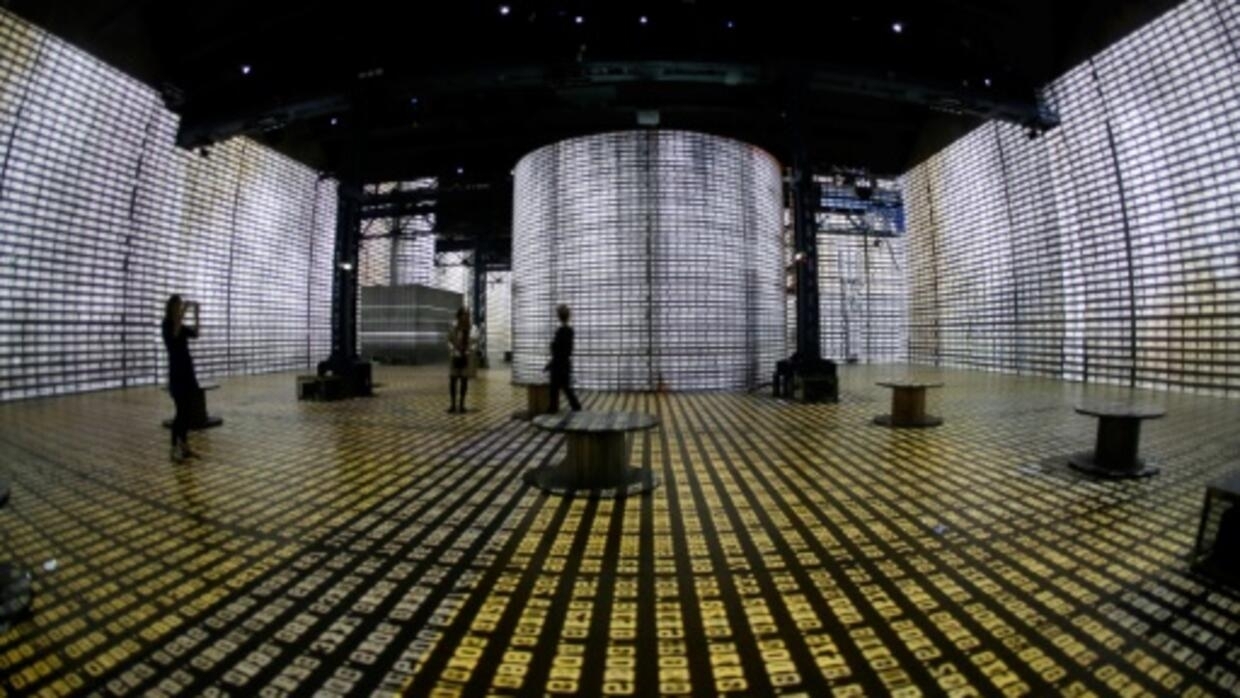 Immerse yourself in masterpieces in XXL format or in the works of digital artists who use their computer as their other brushes. .. "In-depth art" sees its side height with the public

In one and a half years, this site has exceeded expectations by attracting more than two million visitors to discover works by Klimt and Van Gogh in close-up, showing up on the walls of the old foundry or hiding under their feet.

Opening in Japan from the Mori Building Digital Art Museum, mid-2018 in Tokyo, at the initiative of the collective teamLab and supported by several technology giants, from Panasonic to Epson, confirms the "boom" of this art form.

"We believe digital art can expand the concept of beauty," concludes in his manifesto collective, which exhibited its work at La Villette in the spring of summer 2018. About 300,000 visitors sought the experience to blend into the dreamlike landscape and brilliant cascades that the Japanese collective imagined.

This work seems logical in an ultra-connected world, for semiologist Pauline Escande-Gauquié, teacher at Celsa.

But the concept of immersion "did not come with digital, cinema has already been regarded in its early days as an immersive experience," she recalls, with these onlookers frightened to see a train rushing at them, in front of a movie of the Lumière brothers in the late 19th century.

Immersive art "is a new form of world representation, it is not new, but it is more advanced" when it comes to technology, this digital specialist points out.

Especially since the "motion design" techniques used are already part of our daily lives, through special effects, adds the director of the Atelier des Lumières, which this Friday is hosting a festival devoted to immersive art. This festival is a first on such a scale, to showcase the creative dimension of this movement and discover what is happening globally.

Ouchhh, Superbien, Vandals, Algorithm, Spectrelab … These names say nothing to the greatest number but are the collective artists, from France, Belgium, Turkey etc., a jury of professionals and the public must decide by October 24 . One key: six months exhibition for the winner.

These graphic designers, some of whom are already collaborating on projects with companies or doing web dressing, are commissioned to propose an original concept, engaging and limited to a maximum of 4 minutes.

The specifications also prescribe the use of the 140 projectors from the workshop and the 3,300 square meters of space that you can project and work with. spectators in the cosmos, the forest or some fantasy universe.

The key player in the sector, the operator Culturespaces does not intend to stay there and plans to open a third center for digital art in April 2020, following the quarry of information at Les Baux-de-Provence, which opened in 2012 and the Parisian Atelier des Lumières

Called "Les Bassins de Lumière", this new project will take shape in a part of the underwater base in Bordeaux. The monumental site should add a new dimension to the immersive experience with the presence of four water pools, which reflects the paintings.

Elsewhere, the concept makes emulators. In Lyon it is at La Sucrière to inaugurate today an immersive exhibition dedicated to Picasso.

In an environment designed by architect Rudy Ricciotti, the designer of Mucem in Marseille, "Imagine Picasso" promises a "real closeness to the works" and emotions increased tenfold "in a completely different from the museum's quiet and sacred"

A vision which makes people hug, some see a deviation from the artist's intentions and a distortion of clean and simple works.

The Walking Dead Season 10: We Know Where the Epidemic Affecting Alexandria Can Come From

Vivian and Beverly (The Angels 11), they are the worst since their break (PHOTOS)