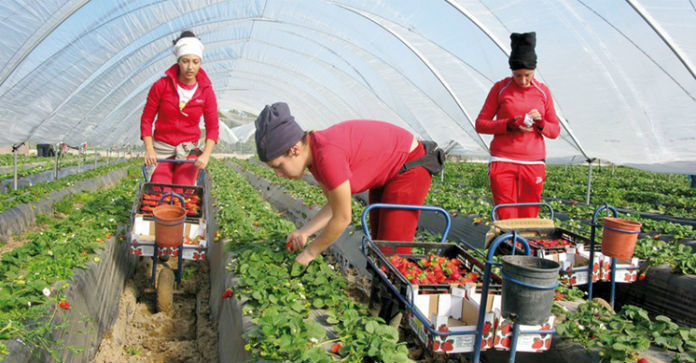 “Fraudulent deductions from salaries, paid holiday pay never paid”, salaries calculated without respecting the legal minimum, absence of medical examination, are among the facts for which Laboral Terra – now in liquidation – was convicted, according to the judgment. the labor courts of Arles (Bouches-du-Rhône) as read by AFP.

“This accredits what the workers said, that their rights were not respected,” Me Yann Prevost, lawyer for two of the workers, Yasmina Tellal and Karima (who preferred that his last name not be published).

“Perhaps an animal was treated better than us,” it said later during the hearing on June 16, talking about its work for Laboral Terra on farms or French agricultural trading companies until 2016.

The Industrial Court rejected a “fraud” in the posting agreement itself, but emphasized that “the employer does not provide evidence that he paid the employee according to hours worked”.

Several French companies using these workers sent to Provence were jointly convicted of these abuses in the event of the Spanish company’s failure.

“This means that the impunity that French companies are trying to position themselves by using this post does not hold up when employees’ rights are violated and we hope this will encourage everyone to think,” Me Prevost explained.

“They are responsible in the same way as Spanish society if there are any shortcomings and it is a step forward,” he added.

“The most important thing is that the judgment excludes the fraudulent nature of the posting agreement,” commented on his side Me Jean-Pierre Tertian, the lawyer for Vilhet Fruit, a condemned fruit and vegetable trading company. He considered that the joint condemnation of agricultural holdings was not in the law.

Laboral Terra is bankrupt in Spain, the amounts not covered by the “user companies” will be paid to the victims of the French wage security system (AGS).

Authorized by the European Union (EU) since the 1990s, posting has increased significantly, especially in agriculture.

Temping companies, such as Laboral Terra, are generally based abroad, especially in Spain where the cost of an employee paid at the minimum wage including social security contributions is 40% lower than in France, Judge Philippe reminded. Bruey at the Industrial Court.

Tens of thousands of posted workers from South America, Eastern Europe and Africa come to France every year to prune the vines or pick and pack fruits and vegetables.