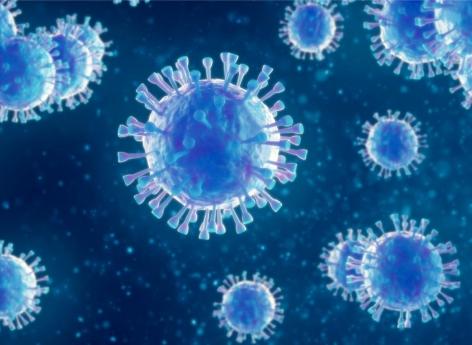 The man discovered virus during the century and . Since then, research has shed light on the origin of these infectious particles. In Japan, a team of researchers has discovered a new form of virus, which says a lot about their development. They published their findings in the journal Infection, Genetics and Evolution.

Viruses can infect humans as plants. They consist of genetic material wrapped in a protein structure. Once in an organism, the virus can duplicate itself. As time goes on, viruses develop: they lose some functions, others, some die, others survive and become very resistant.

"A mystery of viral evolution"

In this research, Japanese scientists at Tokyo University of Agriculture and Technology studied pigs because the virus mutation is faster in this animal species. They are often affected by G enteroviruses, but researchers have discovered that there is a new form of this virus. "The recombinant virus that we discovered has no structural protein," says study director Tetsuya Mizutani, "which means he can't produce a viral particle." The protein envelope of viruses would be necessary for the formation of viral particles which are necessary to contaminate other cells. If the virus does not produce it, it cannot duplicate itself. The researchers assume that this new virus would be linked to another that would allow it to enter the cells. At the moment, the whole process remains unknown, the researchers talk about a "mystery of viral evolution". "We may be facing a whole new system for virus development," says Professor Mizutani.

Interested in this topic? Come and discuss it on our forum!