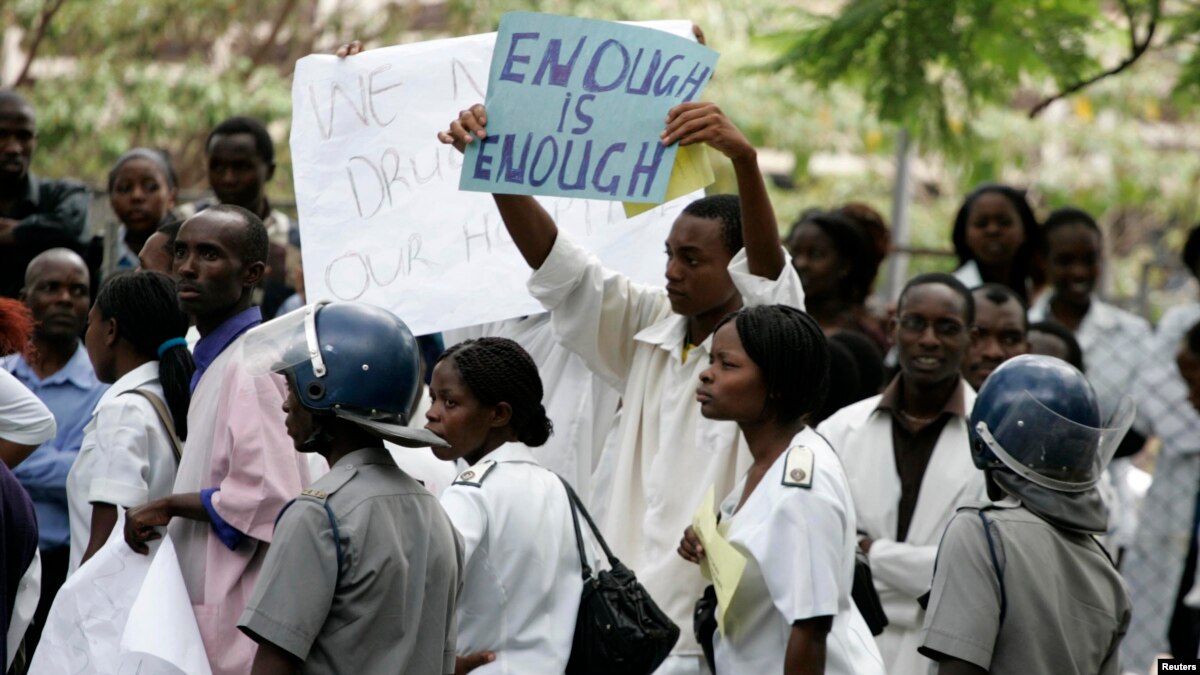 Dozens of Zimbabwean nurses appeared in central Harare to protest against the government's decision to secure them to go for strike for better pay and working conditions.

Weared their uniforms white, they demanded that the government repeal its decision to fire the vast majority of the 15,000 nurses who began a strike on Monday. Nursing strike was initiated only a few weeks after the doctor's strike was completed.

"We want to go back to work but we can not, because we do not have enough resources," said Pretty Gudza, a nurse in Harare. "We put our lives at risk."

A Zimbabwean midwife, Charles Murira, added, on his part, that the situation had deteriorated in hospitals since the notice of the nurse's resignation.

"The situation is bad, the patients die, the rupees are closed, there are no nurses, they were fired and prevented from getting to work at the hospital," she said.

"In the interest of Patients and to save lives, the government decided to extinguish all striking nurses with immediate effect," said Vice President Constantino Chiwenga in a statement. He accused the strikes of being "politically motivated."

"We are apolitical, we are patriots, we are not politicians, "Murira says." When the Vice President attacks us, we feel threatened in Zimbabwe, it's our country, our country and we can not do anything negative to our country. "

Common citizens and human rights activists joined the nurses on Friday to protest in a park in Harare and highlighted their concerns in this war, war between the government and the nurses. [1

9659003DeslåendesjuksköterskornaochderasanhängareskrevbrevinnandeplaceradesilådorsomskulleöverlämnastillregeringenMångabokstäverkräveråterupptagandeavsjuksköterskor[19659003] boxes read "Take back our nurse now." [19659003] Government began to recruit nurses for the first time. retired and other unemployed to replace those who were kicked.

This new strike is a test of the will of reforms of the new president in the country, Emmerson Mnangagwa [19659003] M. Mnangagwa promised to revive the country's economy and economy, bloodless outputs from Mugabe's 36-year, unaltered reign.

Covid19 / Morocco: Tourism losses are estimated at 4% of GDP