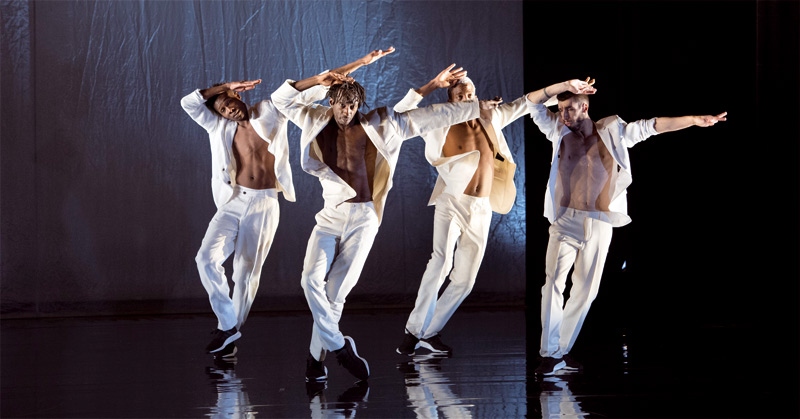 The new cultural season between France and Morocco has just been launched in early October. A rich program offers new and new, along with the highlights that are now on the agenda.

"The Taste of Sharing" is the theme surrounding the programming of the new France-Morocco season. "The new season is vibrant and innovative. Focuses on sharing desires, practices, dreams, public places … It allows the public to live new experiences through the creation of different horizons and invites them to interact with their environment," said Clelia Chevrier Kolacko, Director General of the French Institute of Morocco

To do this, innovative methods based on the implementation of digital tools and off-site circuits will allow for greater dissemination and accessibility of culture. "We want to distribute a benevolent culture, open to the world, accessible to all audiences, who connect and celebrate differences," adds Clelia Chevrier Kolacko.

Each year, the French Institute of Morocco organizes several cultural events in several cities in the Kingdom. Some of them are now well established, even inevitable, in the Moroccan cultural landscape. These include Meknes International Festival of Animated Films, Tangiers Book and Arts Spring, Voluble Cigogne, Essaouira Young Leaders Forum, Philosopher's Night, Ramadan Nights and Electronic Night. , or the Ciné France Maroc program, featuring approximately 40 new and exclusive films in network theaters and in partner cinemas.

This year, one-off events will expand the eclectic program. The Moroccan public will meet choreographer Blanca Li, who will present his latest nugget electro dance, Elektrik, the fantastic company Returnamont with his aerial exhibition Danse des Cariatides or the virtuoso Juan Carmona. We also get the chance to discover the piece "Of Our Wounded Brothers", the collective Satori, directed by Fabrice Henry, the spinning show "FIQ!" From the Acrobatic Group of Tanger, or the concert of the new sensation of jazz Parisian vocalist Lou Tavano

For the young audience, the season includes the show "Rock & Goal" by Compagnie Michel Kelemenis, "Small conference manipulated" Index Company, the concert "Hard like do … "from the Zebra group with three, as well as the magic show" Evidences Inconnues ", from the company Rode Boom.

Of the digital and the real

In its proximity policy and especially among young people, Institut français du Maroc seems to invest in digital technology by inviting Micro-Folie de la Villette to their spaces. Micro-Folie is "a tool for artistic and cultural education that allows the audience to discover masterpieces from the largest collections in France, but also to listen to the concerts in Philharmonie de Paris or discover the show presented at the Avignon festival", explains Jean-Pierre Mahoué, Deputy Director General of the French Institute in Morocco. The Rabat branch has just inaugurated Micro-Foil first. Several antennas will also follow before the end of the year, including Meknes, since Marrakech and finally Casablanca in the first quarter of 2020.

The French institute for "proximity" becomes "nomadic". Several caravans cross the entire kingdom, making stopovers punctuated by meetings, conferences, shows and screenings. Among them, the digital library and multimedia "BiblioTobiss" that will be on the roads all year round, the cultural and scientific caravan "Kafila" that takes women and men, artists, researchers, thinkers, journalists, on old roads caravans, which previously connect Sub-Saharan Africa and the Maghreb, the "Fabrique de l & # 39; espace public", which will mobilize residents to transform and re-evaluate neglected spaces in favor of recreation and leisure activities, the "Traversée des Ecoles", which will offer leisure and educational activities to students from distant schools in the Oriental region, to give them a cultural openness, a space of pleasure, reflection and imagination.

The Walking Dead Season 10: We Know Where the Epidemic Affecting Alexandria Can Come From

Vivian and Beverly (The Angels 11), they are the worst since their break (PHOTOS)