Coronavirus: update on the world pandemic 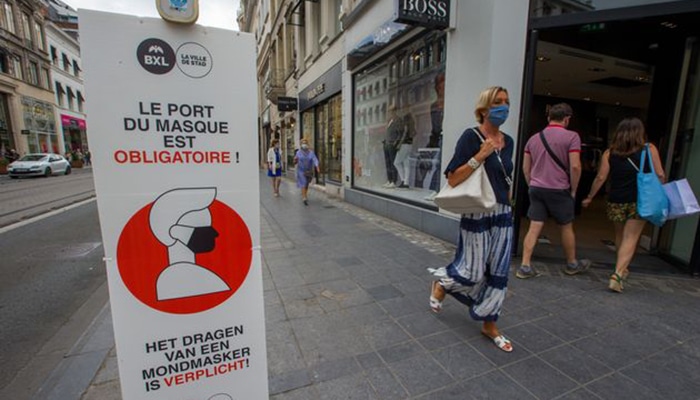 New reports, new actions and highlights: an update on the latest developments in the Covid-19 pandemic around the world.

The pandemic has killed at least 965,760 people worldwide since the disease began in late December, according to a report by AFP from official sources.

More than 31.3 million cases of infection have been officially diagnosed.

– Two million cases in one week –

A record two million cases of coronavirus (+ 6%) were recorded from 14 to 20 September, “the highest number of cases reported in a week since the epidemic began,” the World Health Organization (WHO) announced.

However, the number of deaths decreased by 10%, with 37,700 deaths reported, WHO reported in its weekly bulletin.

With the exception of Africa, all continents reported an increase in the number of cases during this period, with Europe experiencing the largest increase in deaths (+ 27% in one week).

Prime Minister Boris Johnson will speak at noon in front of Parliament and then address the British at 19:00 GMT to announce new restrictions: pubs will be closed especially at 22.00 and telework will be encouraged again in England.

In the morning, the Prime Minister gathered his ministers as well as the Scottish, Welsh and Northern Ireland Prime Ministers, who agreed to “take a unified approach as far as possible”. Each nation decides on its own disease control measures.

In addition, fans will be returned to the arenas from October 1.

The Spanish Minister of Health called on all Madrilenians to limit their movements and contacts to “the essentials” in order to limit the spread of the epidemic.

These statements come when almost one million inhabitants of the Spanish capital and its outskirts have been exposed again since Monday, for a period of two weeks, to severe restrictions on their movements.

Without a banquet, in front of a small audience and in a small building … The Nobel Peace Prize ceremony will shrink this year due to the pandemic.

Unlike previous years, it will not be held in Oslo’s large hall, which seats a thousand guests, but in a university building that seats a hundred guests.

The pandemic struck as far as the UN General Assembly, which opens on Tuesday without any head of state or government present in New York.

Everyone gives their speech with pre-recorded messages, which are broadcast on the UN website for a week, with the coronavirus and its consequences as a common denominator.

Belgium will stop banning non-essential travel in European cities and regions classified as “red” due to a strong circulation of the virus and follow a developing European system.

From 25 September, the “existing bans” for these areas will be “replaced by notices strictly against” travel.