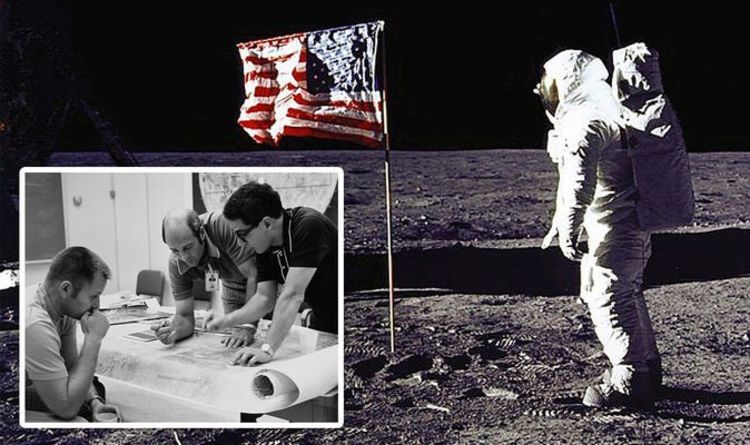 Next week will mark the 51st anniversary of the iconic Apollo 11 mission to hit the moon on July 20, 1969, which saw Armstrong jump off the lunar lander Eagle six hours later to keep his “one step” number to the millions who are eagerly looking back. on earth. The pair were joined by Aldrin just minutes later, the couple spent two and a quarter hours exploring what would become Tranquility Base and collecting more than 20kg of rock samples before burying the American flag on the surface to mark the end of the Space Race. But one of the scientists in Mission Control that day – Professor Farouk El-Baz – revealed how he spent more than a year with the astronauts on another very important task they had to complete, which would be crucial to the success of future space missions.

1; who was the leading geologist on the Apollo program and responsible for the choice of landing site – commented exactly on Express.co.uk – and revealed how he trained Armstrong and Aldrin to take pictures of “targets for opportunity” described by NASA.

He said: “Science [work with Armstrong and Aldrin] was once every week or two weeks and we got an hour because they had a very complete schedule of tests, simulations, etc.

We would show them maps where we wanted them to take photographs, and NASA called these “targets of opportunity” – the places we needed them to photograph because they fly over places that were crucial to the missions after.

“So there was a lot of interesting photography of the moon. We had these photographic places, we had to impress on them the importance of when to look at them to get the right shade [to take a good photo].

“NASA engineers called these targets opportunities, which meant they did not have to do it, but if they had an opportunity, they should go ahead and do it.”

Professor El-Baz recalled a fond memory of Armstrong, who made a line just before leaving the lunar surface to snap one of those targets.

He added: “They actually did very well. Neil Armstrong, in particular, was very careful about it, we were always impressed.

“The very last thing he did – after the mission and they collected all the material and started putting it back in the spaceship and Buzz Aldrin started driving – remember something important.

“The geologists had told him that we needed to know the thickness of the earth’s layer on the moon’s surface.

“You can only see this if you look at the crater and photograph the edge and see how far you have to go down before you see solid rock.

“Everything on top of solid rock would be the earth layer.”

Professor El-Baz explained why photographs were crucial at the time and could still be crucial in future space missions.

He continued: “Neil remembered that before he stopped and before entering the spaceship to leave, he ran – very fast – west towards a crater that he saw from a distance that would be good to do this with.

“He stood on one side, looked at it, took the picture, turned around and ran back – but it was a fantastic picture and very important to us.

Mission Control was tense during the mission (Image: GETTY)

The astronauts planted the American flag on the moon (Image: GETTY)

“From day one, we were absolutely certain that all photography of the moon would be available to the public and the world.

“We were hoping someone would look at the picture and find something we missed and publish and it could benefit us.”

But at the heart of this huge American project, he was very far from home.

He was born in January 1938 in the Nile Delta city of Zagazig, and his first year of primary school was in Damietta, an Egyptian port city north of the country’s capital, Cairo.

It was here that his love of science and the natural world was born from the colorful cliffs of Mokattamberget.

He later moved to Cairo with his family to study geology, chemistry, biology and mathematics, graduating with a bachelor’s degree in 1958.

Moving to the United States, he received a master’s degree followed by a doctorate in geology, but a return to Egypt would see him try to fail to secure a position there.

He returned to the United States in 1967 and successfully interviewed Bellcomm, which provided technical support to NASA’s headquarters, which soon worked its way into the Apollo program.

In his candid interview with Express.co.uk, he recalled the unique position he held in the early days as a non-American scientist and especially an Egyptian – whose president at the time, Gamal Abdel Nasser – had forged ties with the Soviet Union.

He also recalled a fascinating yet frightening story from the mission that would inevitably lead to the astronauts landing at the wrong zone.