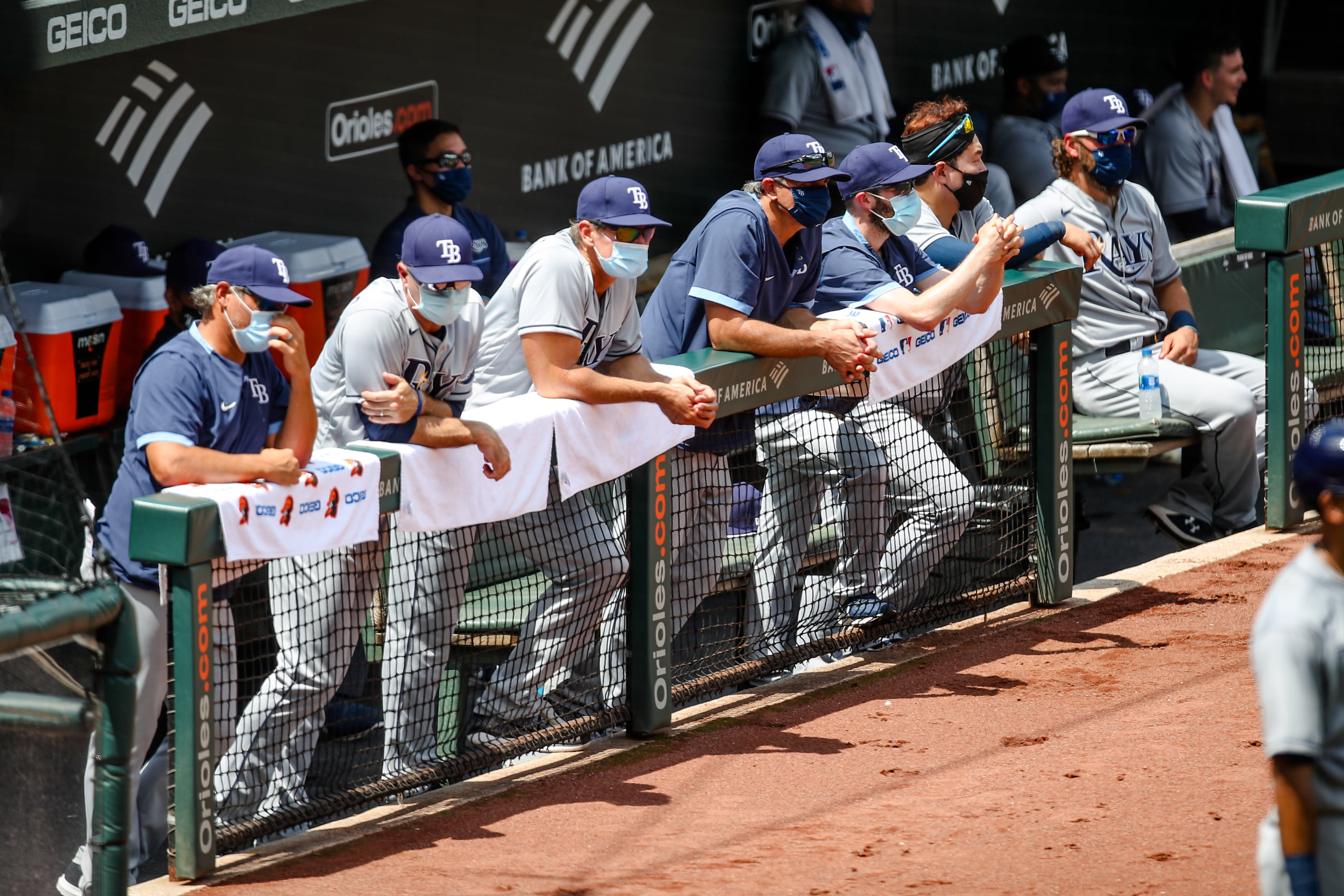 USA Today’s Bob Nightengale reported on Wednesday. “data-reactid =” 16 “> Major League Baseball threatens to suspend players and staff for the rest of the season for repeated or flagrant violations of the league̵

The memorandum also reportedly describes several revised protocol measures and confirms that officials will be employed to monitor clubhouses and team hotels to ensure that there are no violations.

“Everyone must be responsible for their own behavior because the careless or reckless actions of a few can affect all health and well-being,” the league wrote in a memo, according to USA Today.

“All covered individuals – whether players or club staff – who have been shown to have violated the protocol repeatedly or flagrantly, including refusing to wear a face covering when necessary and being reminded to do so,” “reads the note,” risks being banned further participation in the 2020 season and after the season (for players, subject to the provisions on fair causes in the basic contract). The Commissioner’s Office will send written warnings before such action is taken. ”

Here are some of the remarkable revisions that are included in the memo.

It is reported that MLB and MLBPA agree on the changes and all revisions will take effect on Thursday.

MLB and MLBPA have agreed on changes to the operating instructions. From tomorrow, staff and players must wear face / mouth coat all the time and in all places in the stadium except for players on the pitch. This includes dugout and bullpen. Everywhere.

Honestly, it’s hard to read where Manfred comes from on a given day, but the reported memo does not seem to agree with his latest thoughts.

In any case, the league is already facing an upward battle against the virus and against the clock. There were 33 games postponed last week alone with many of them directly related to COVID-19. To complete the season, the league needs everyone to follow the protocols and will probably also need a little luck.