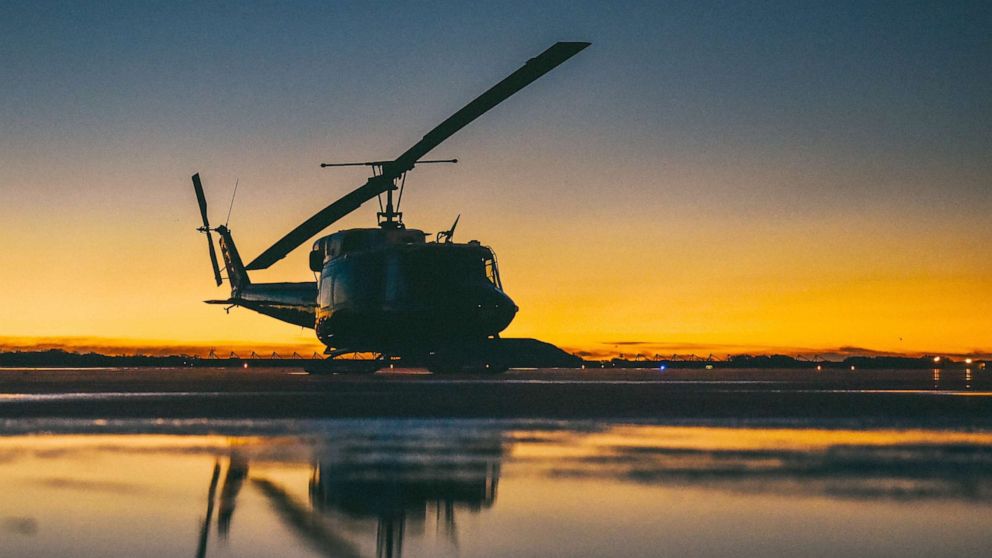 The FBI is investigating Monday’s shooting at an air force helicopter.

The FBI is investigating the shooting of a U.S. Air Force helicopter as it flew over northern Virginia on Monday.

A crew member had a minor injury, according to the FBI and Air Force. The UH-1

N Huey helicopter was forced to make an emergency landing at a nearby airport and a bullet was discovered in the aircraft.

On Monday afternoon, the helicopter flew from the first helicopter squadron at Joint Base Andrews on a routine training mission over Middleburg, Virginia, at an altitude of 1,000 feet when it caught fire from the ground, an Air Force spokesman said. McClatchy was the first to report the shooting incident.

Already training for an instrument alignment to Manassas Regional Airport, the helicopter quickly diverted to the airport to make an emergency landing.

“The airport received a call from Manassa’s Control Tower at 1220 on Monday about an incoming military helicopter that had emergency equipment on board and that paramedics would arrive shortly,” said Pattie Prince, communications director for the city of Manassas.

The helicopter landed safely at 12:43 and “the first results are that the helicopter was hit by a bullet which resulted in a minor personal injury to a flight crew member and damage to the aircraft,” the air force spokesman said.

The “crew member” suffered a non-threatening injury, for which he was treated and then released from the hospital, “a spokesman for the FBI’s Washington Field Office said.

“The FBI Washington Field Office (WFO) sent special agents and its Evidence Response Team to Manassa Airport after receiving reports that a helicopter was shot from the ground nearby,” the FBI spokesman said.

“WFO is working with our law enforcement partners, including the Air Force Special Investigation Bureau, to determine the circumstances surrounding the incident,” the spokesman said.

Press is pounding Republicans on vacancy in court, but hypocrisy is widespread