Breaking News
Home / Mexico / Today’s earthquake of 4.8 in Guerrero is perceived in CdMx

Today’s earthquake of 4.8 in Guerrero is perceived in CdMx 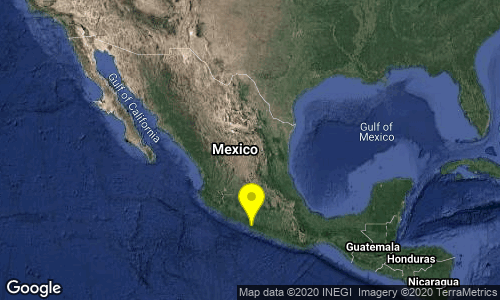 The National Seismological Service reported that tonight there was one Earthquake 4.8 with an epicenter 24 kilometers northwest of Petatlán, Guerrero, which was experienced somewhat in some units such as Mexico City.

The head of government, Claudia Sheinbaum, reported that the quake was felt in Mexico City. He added that he has been in communication with the 1

6 mayors and that none of them report any incidents.

The Mexican seismic warning system explained that the quake, which was recorded at 23:13, was initially detected at 12 stations, but it did not justify activating the seismic warning in the country’s capital as the energy from the developing tremor allowed to predict a minor seismic effect in the city.

According to reports from the capital’s residents, the earthquake was felt somewhat in Coyoacán and Taxqueña, mainly.

In the state of Mexico, the quake was also felt, according to residents of that unit.

Since June, several earthquakes have been felt in the capital, the strongest being June 23 when the size was 7.4, in Crucecita, Oaxaca, and according to the National Seismological Service, until 5:30 p.m. on Monday, July 13, there were 6,773 aftershocks, the largest being 5.5.

López Obrador apologizes to the Yaqui people for more than a century of humiliation: “They wanted to exterminate them … it’s a shame for Mexico”

He pretends to be a distributor for Uber Eats and steals more than 1.6 million pesos from BBVA