As if that was not enough Artificial Intelligence (AI) become involved in areas such as medicine and art, it is now also being tested in religion and one “Jesus virtual“could generate verses from what he learned by reading The Bible.

The person behind this idea is George Dávila, CEO of Saviors.ai, a computer security company that decided to feed a HE with the full text to Biblia King James or the King James Bible, an English translation of the Bible first published in 1611.

“I present them to AI Jesus. An artificial intelligence of my invention created from the King James Bible and nothing else. This AI learned human language by just reading the Bible and absorbing every word more carefully than all the monks from all the monasteries that have existed, ”said Dávila about his experiment.

According to the AI ​​expert, he let one RED neuronal studied the book for a few hours and then set it up to produce one text that it would copy the style of the Bible without copying it completely. “This AI is a bit like locking a baby in a room with nothing but a bible and opening it 1

0 years later to discover that they have learned to speak, read and write based solely on it,” Dávila told The Next Web, via email.

Dávila ordered AI to write on three different topics: “The torment“,” Caesar “and” End of the Day. “He explained that he chose the plague because of its current relevance because of the pandemic Covid-19; at the end of days, as it is an interesting topic that most people would associate with religion; and César because he is one of Dávila’s favorite historical figures.

The verses which he created really have a biblical tone and, like the source, they are often open to multiple interpretations. But many of them are simply completely incomprehensible.

These are some of his words regarding end of days:

And the ships that stood before the temple, and said, Thou shalt not cleanse.

And the LORD said unto me, Behold, I have been a refuge from the beginning.

His creation on the plague was:

The plague will be the parents of the world; and this is my people, that they may be more abundant in the mouth of the LORD of hosts.

And finally, about Caesar:

From the emperor, and let the LORD send you into the captivity of Jesus, to the house of Judah and the company he promised, and they will fall by the sword and the promises of men and fornicators and to the breadth of the earth. 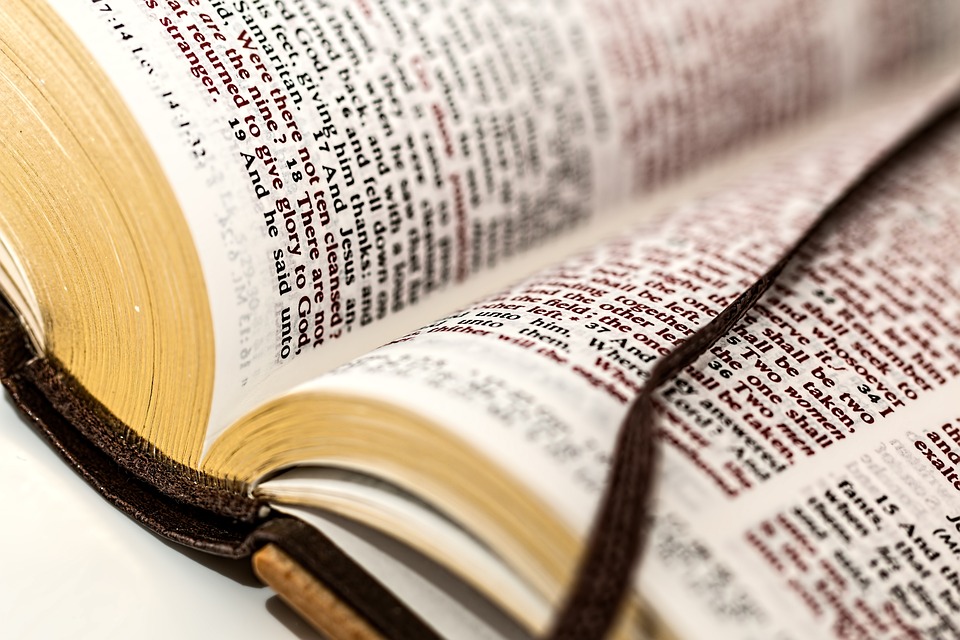 Also read: The fake blog generated by AI from a college student who cheated thousands

After the first results, Dávila decided to modify the model so that the neural network took less artistic liberties with its writing and imitated more closely his training data and asked him to create new verses about “blood”, “Greeks” and “Wisdom“.

Here is a selection of his thoughts on the Greeks:

The Greeks of the earth and their souls were near, and the southern arms would be the seals of the earth, they would be what the LORD had said.

With the theme blood, he generated:

And his line of wisdom:

Because it MR He hath commanded the prophet before the LORD, and the soul of the wicked shall be made of fire, and the unrighteousness of the Lord Jesus Christ.