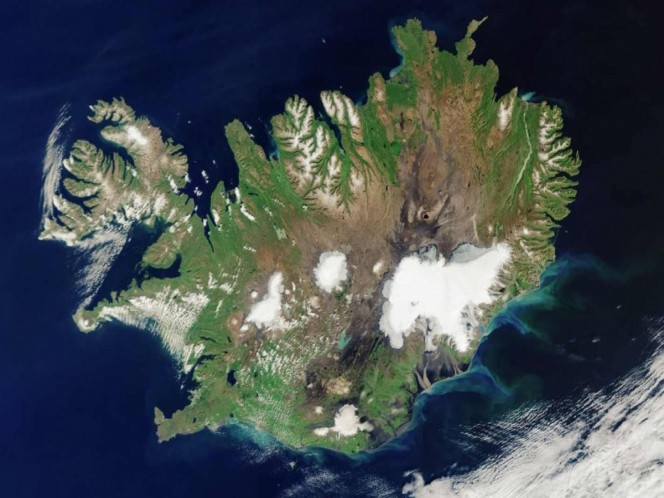 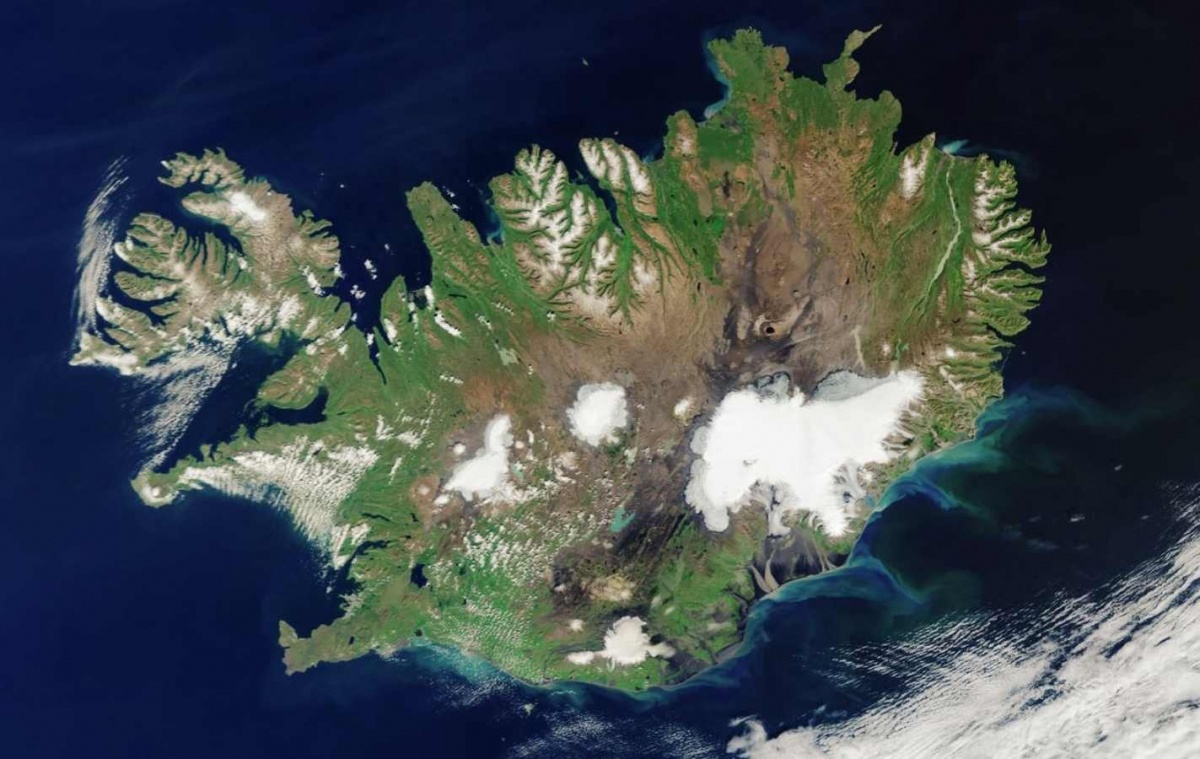 The large white area that is visible on the island is a national park that includes the Vatnajökull glacier. Vatnajökull covers an area of ​​approximately 8400 square kilometers with an average ice thickness of more than 900 meters and is classified not only as the largest glacier in Iceland but the largest in Europe.

The white circular patch in the middle of the country is Hofsjökull, the third largest glacier in the country and its largest active volcano. The elongated white area west of Hofsjökull is Langjökull, Iceland’s second largest ice sheet.

Reykjavík, Iceland’s capital and largest city, is located on the Seltjarnarnes Peninsula in southwest Iceland. At the top left of the picture, several swirls of sea ice can be seen off the coast of Greenland.

Sentinel-3 is a two-satellite mission to provide the coverage and data delivery required for the European Copernicus Environmental Monitoring Program. Each satellite’s instrument package contains an optical sensor to monitor changes in the earth’s surfaces, ESA reports.

You can get more information at

* This content is published with permission from Europa Press.

It may interest you:

In the following video:

6 months after the pandemic, guidelines for suspected cases of covid-19 are changed

Be a part of the power of technology with us. Youtube is supported by the most popular browsers and in Excelsior TV / Multicast we are already one million subscribers. Do not stay out and find out the most accurate and fast way.

Copyright strictly prohibits copying all or part of Excelsior material without first obtaining written permission and without including the link to the original text.