Opening 2019: Defined the quarter final for the ascent 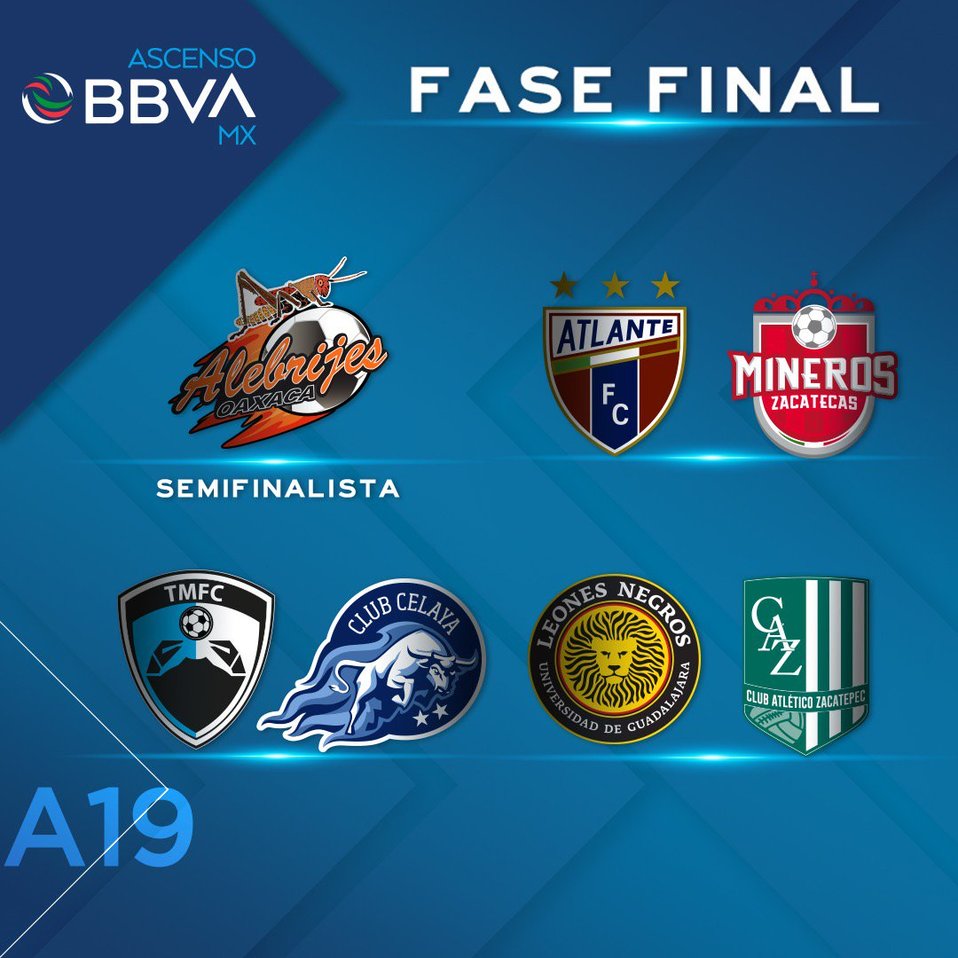 With Leones Negros as the last guest after his 2-1 victory against Loros, the Crossing of the quarterfinals in Liguilla del Ascenso MX is ready.

Alebrijes de Oaxaca, Atlante, Tampico Madero, UdeG, Mineros, Celaya and Zacatepec in that order are the 7 contenders for the title from the Silver Division, a squad that moved thanks to the Tapatio team's triumph.

Alebrijes is the absolute leader, and the only team to get the ticket to the semi-finals while the others will fight for 3 remaining positions in the said phase.

Atlante-Mineros, Tampico-Celaya and Leones Negros-Zacatepec become the three duels in the quarterfinals, and only the dates and times of the matches are expected Ida as the Vuelta.

Oaxacans was the leader of the tournament with 27 points, followed by Atlantean and Tampico with 26 and 23 units, respectively

UdeG, thanks to the victory this Sunday against Loros de Colima, finished fourth with 22 and this will allow him to close this key at home, followed below by Zacatepec, Celaya and Mineros with 21

Up until before the duel Black Lions were already 6 of the 7 guests and only the last ticket to fight tapatios with their own parrots Colima, a rival who won 2-1 at Jalisco Stadium.