Now your phone lets you open Android applications like Windows 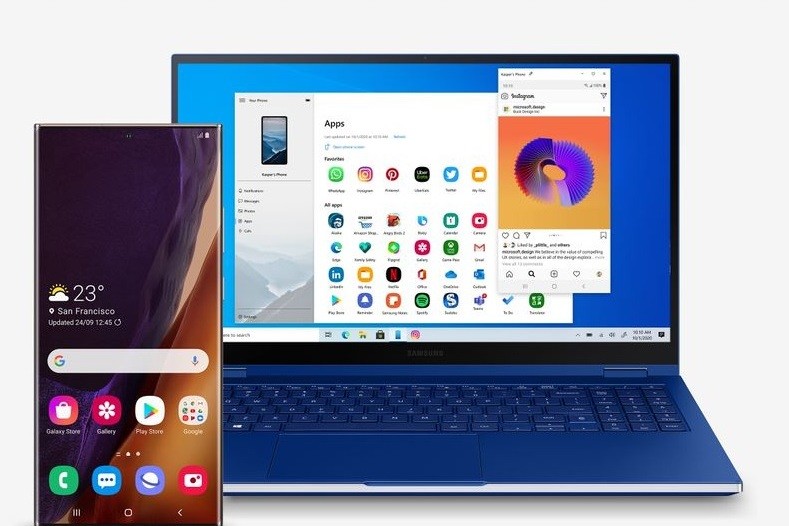 The application ‘Your phone’ is the best thing that has happened to owners of computers with Windows 10 and Android terminals. In the absence of a complete ecosystem, Microsoft is increasingly integrating them with Google, and in this regard, as a result of their collaboration with Samsung, they have announced that Android apps will be able to run on Windows 10 as a separate window. For this, it will be necessary, yes, that our Android smartphone is connected to the system with ‘Your phone’.

As usually happens with everything related to the application, the functionality comes first to Galaxy devices. In this case, it will make it the newly introduced Samsung Galaxy Note 20. Other features debuted on Samsung and already have a wider availability, so It is likely that you will have to wait a long time to see this feature on any Android, because Microsoft has not even confirmed that it will leave Samsung terminals.

What can we do in Windows 10 with this new feature

Until now, Microsoft had announced that you could mirror with your phone from the screen of our Android smartphone, but the feature only allowed us to look at our screen the same as on our smartphone. The new functionality allows much more than that, because no matter what the smartphone shows on the screen, we can open applications that we have installed on it with dedicated Windows 10 windows.

Even if they appear in Windows 10, our smartphone will be responsible for performing the process

Although Microsoft explains that support can be problematic in some applications, as it shows in animated GIFs, it is very promising. With the new function the user can run several smartphone applications simultaneously, in separate windows. This is something that the Redmond company shows by running WhatsApp, Instagram and Microsoft Sudoku in parallel.

From your phone we can go to the list of applications installed on our smartphone and, in addition to running them directly, tWe can also anchor them in the taskbar and the Windows 10 Start menu as if they were original applications.

It remains to be seen whether these applications will be able to see their modified window size in addition to the vertical list of smartphones, as they expand or stretch on Android tablets, for example, and with Samsung DeX, they can also adapt to “desktop interfaces”“.