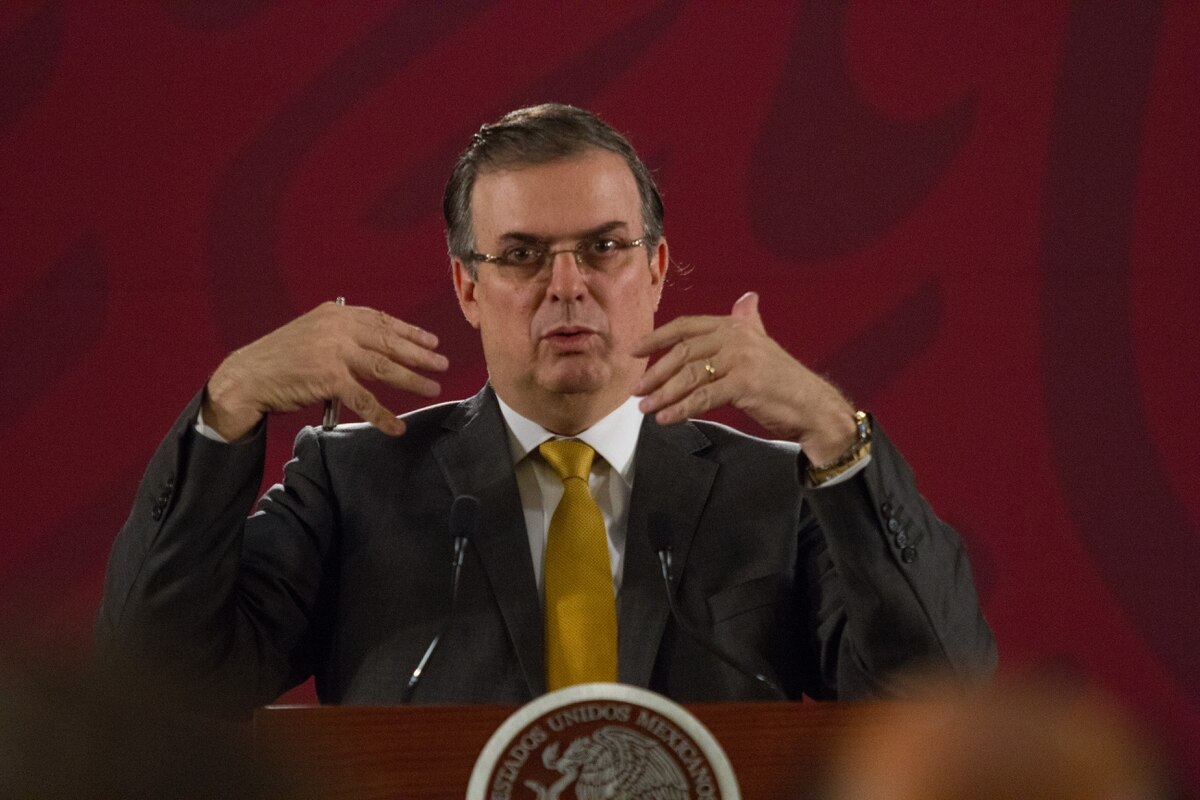 Mexico considered a coup d'état the departure of Evo Morales to the presidency of Bolivia on Sunday and accepted that his stance on events in the South American country has marked differences compared to other nations in the region such as Argentina and Brazil.

"I do not know if it opens a gap, but it is clear that they are different positions" he told Infobae Mexico Secretary of Foreign Relations Marcelo Ebrard under the President's morning conference Andrés Manuel López Obrador .

Unlike Argentina, Chile, Peru and Brazil, who would have denied Evo Morale's plan flying over his airspace, Mexico has initially offered asylum to the former president and other Bolivian politicians.

"What happened yesterday is considered a blow", established the chancellor.

President López Obrador repeated his acknowledgment to Morales for resigning in the midst of the crisis. "I expressed my appreciation to Evo Morales because he preferred to resign to reveal the lives of his citizens."

Initially, the Mexican government rejected the Bolivian army's call for Morale's departure following the irregularities registered in the presidential election.

E The Foreign Minister stated that they will demand an urgent meeting with the Organization of American States (OAS) despite the seriousness of the organization He was silent.

López Obrador also invited the OAS to convene a meeting and clearly set a position. "No for silence," said the Mexican president.

The Mexican government initially rejected the Bolivian army's call for Morales to resign after irregularities registered in the presidential election.

"Mexico demanded respect for the constitutional order of Bolivia," Ebrard added, while saying that he will request an urgent meeting with the Organization of American States.

About a possible asylum for former Bolivian officials and Evo Morales himself, the official said they have not received a request from the former president, but they offer it.

"We will uphold the right of asylum, which Mexico has always exercised in history."

The Foreign Minister expressed that they will value if they recognize Bolivia's next government.

"We will pay close attention to events and the type of government that is configured. There is no constitutional provision in the event that the army demands the departure of the president in turn. Mexico would not see with good eyes a government that does not come from a democratic process. "

Ebrard said he is waiting for Mexicans living in Bolivia." We are very attentive, as we have 10,000 citizens there. "[19659005] The person responsible for Mexican foreign relations is described as "a serious setback to the continent's democratic life", the events in Bolivia.

The press asked Ebrard why during the Venezuelan political crisis at the beginning of the year he remained on the sidelines and now decided to intervene so unclear.

According to the official, there is no double discourse on Mexican diplomacy and the difference is that now it was the military apparatus that pushed Evo Morales to resign.