Breaking News
Home / Mexico / In the LeBarón case, they perform the burial of the victims and ask for justice

In the LeBarón case, they perform the burial of the victims and ask for justice 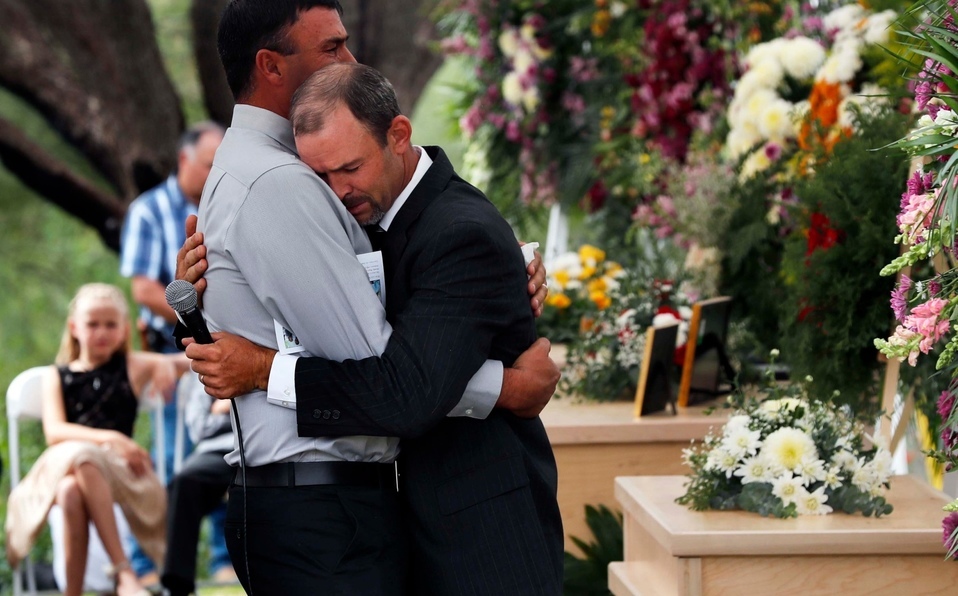 Dawna Ray Langford 43 and her children Trevor 11 and Rogan 2, died during the attack on the borders of Chihuahua and Sonora . During his funeral, David Langford recalled his wife and children, whom he said "brutally murdered" .

Make sure that his wife was a heroine because he was preparing his children to hide while his vehicle was burning in the ambush on Monday.

"I have a hard time forgiving," he said. "I am generally a merciful man, but this kind of cruelty has no place in a civilized society ."

"My children were brutally murdered, brutally," "and my beloved wife," he said in front of the coffins which were placed under tents in the community of La Mora where 300 residents live.

"God will take care of the wicked," said Jay Ray, father of Dawna.

Dawna Ray's younger sister, Amber, 34, said was a devoted mother to her 13 children and a housewife who loved to laugh and bake the best birthday cakes.

Dawna liked to say that "there is nothing in life that a cup of coffee cannot improve," he said.

Dressed in shirts, suits and dresses, about 500 people gathered to fire Dawna and Hans's two children. Some cried and others sang songs.

Farmers and teenagers loaded the coffins. Family members and community members walked by to say goodbye to them.

Community members – many of whom have dual citizenship: American and Mexican – carved the coffins by hand and used a shovel to dig a single large-sized grave for the three coffins in the rocky terrain of the small cemetery in La Mora.

The three were buried together, just as they died when the aggressors fired on the truck where they were traveling when they were on an unpaved road to the LeBarón area of ​​Chihuahua.

Family members reported courageous attempts to save their loved ones after the ambush and how some of the children went miles to reach the community, which is approximately 110 miles south of the Arizona border.

David Langford said that his son Cody who was injured and survived after hiding in the bushes, placed a plaque on his jaw which has been immobilized for six weeks. He assured that the rest of the children "are doing very well."

The other victims of the attack

Hours later than the funeral Dawna Ray Langford and their two children conducted a ceremony for Rhonita Miller and four of her children who were also killed in the ambush between La Mora and the state of Chihuahua.

In a grassy courtyard in front of hundreds of people, she was remembered as a woman with an "innocent spirit and a beautiful heart" whose laughter "could light a room."

His son Howard Jr. loved basketball and had recently received his first triple. Her daughter, Kristal, was "the girl in her father's eyes," and twins Titus and Tiana, born March 13, were remembered as "two perfect angels in the first precious moments of their lives." [19659004ThisbodybuildingcallswithouttheworthandforthefuneralLeBarónneighborhoodThiscommunityoftheirwithintheircountrymakingcareshow

An abduction, the appeal to AMLO and the return to mother: chronology of the miraculous Dylan case

They put the flag upside down in San Jerónimo, users report on networks and turn it around