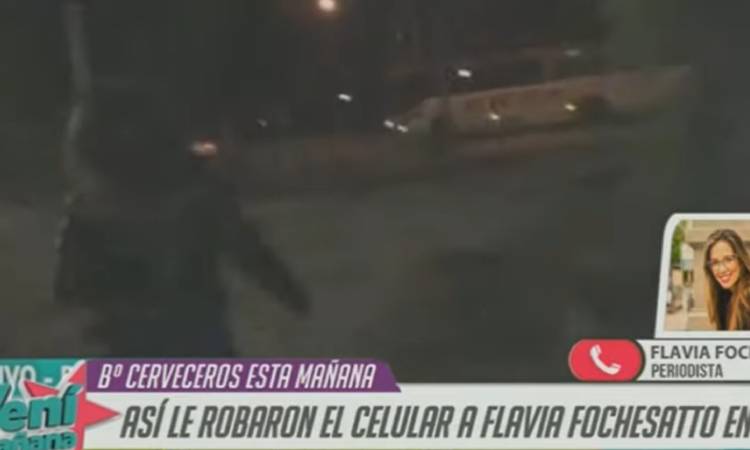 Flavia Fochesato, Reporter who made a transfer live for the program Come tomorrow of the open television channel Telefe, from Córdoba, Argentina, was the victim of mobile phone theft while working.

Everything was recorded and went viral quickly on social networks, which showed that no citizen is saved from being part of the figures on crime and insecurity.

The Reporter of Argentina carried out a research project on the conditions for public transport in the city of Córdoba: “The idea was to travel the neighborhoods that are furthest from the center to report “difficulties encountered by users” when using a bus, “said the communicator, adding” in a second […] and in a very busy area ” they stole the cell phone where he kept in touch with his work.

“Just because of the fast (getting in) air, I carry my mobile phone in my pocket with a zipper, but before I got on the bus I put (the mobile phone) in (the back pocket of my pants). When we were already at the top (of the transport) and there it was when a young man snatched my cell phone. He is already in custody, he is 20 years old, but he ran at an impressive speed.