Breaking News
Home / Sports / And WHERE? Martín Palermo and all of Pachuca, upset over "bad" arbitration

And WHERE? Martín Palermo and all of Pachuca, upset over "bad" arbitration 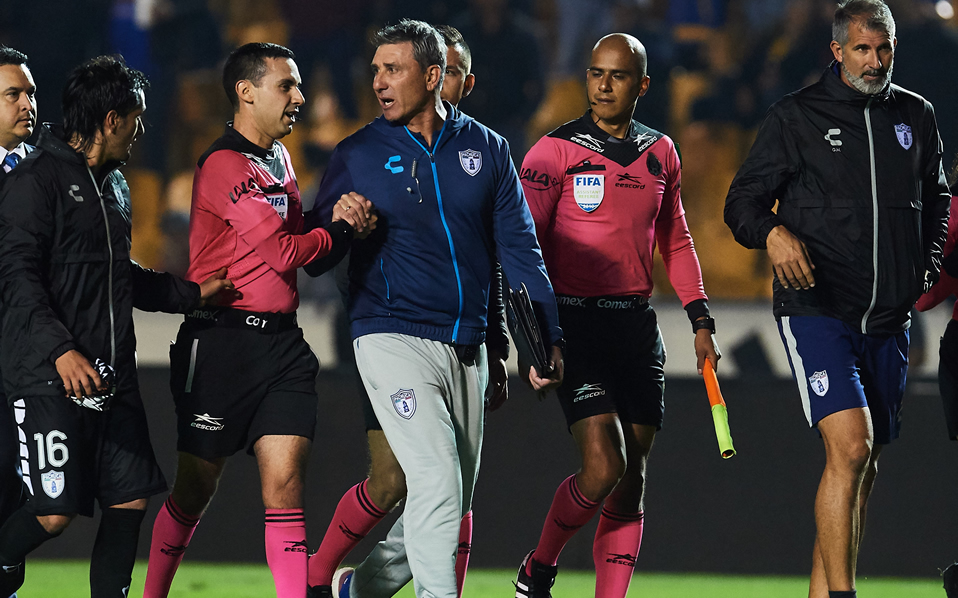 Pachuca failed to beat Tigres complicating his chances of Liguilla by drawing aimlessly at University Stadium a match where coach Martín Palermo ended up angry at Judge César Ramos for not reviewing two alleged errors on Franco Jara in VAR .

The attacker of Tuzos was shot down in the area twice ; the first was at minute 17 "for a sweep by Carlos Salcedo ; the second at 87 & # 39; by Hugo Ayala which caused Jara's discomfort and was banished to end of the game for claiming .

"A little annoying with the arbitration decisions when to use VAR, when they really inform you and I won't see it. We have to have consistency in these decisions because we play a lot, today there were two crucial games and at no time did they like to review the VAR and it catches my attention. "

" I do not get an arbitration award, but the criterion, which in no case has come to him to decide, is the anger that one has left for how the game took place, "the helmsman said.

The concern between the Pachuca squad was widespread because of the whistle; Edwin Cardona said that from his point of view, his team was superior to the Felines.

"Arbitration leaves us sadder because you could see it was a penalty. I think it's no excuse that we had target options, we were by far a great rival and I think very happy about that, because the team showed that it is fighting against the top positions, "he said.

"It's what makes me weird, that suddenly they control it in other ways to other teams and I don't know what happened to us. Not even one of the two penalties they did against us was to review it, the only thing he told us is that they told him it wasn't a punishment, "he said. Colombian.

For his part goalkeeper Rodrigo Rey agreed with his partner and said to leave with anger because Ramos Palazuelos decided not to consult the repetition of the plays.

"I really do not know what to think about Then I come and see it on my mobile phone and it is clear, the contact in the area is criminal. It has always been so and not today, so it leaves you with a lot of anger because the judge can go and see, he has that chance and he has not done that makes you even worse, "he said.