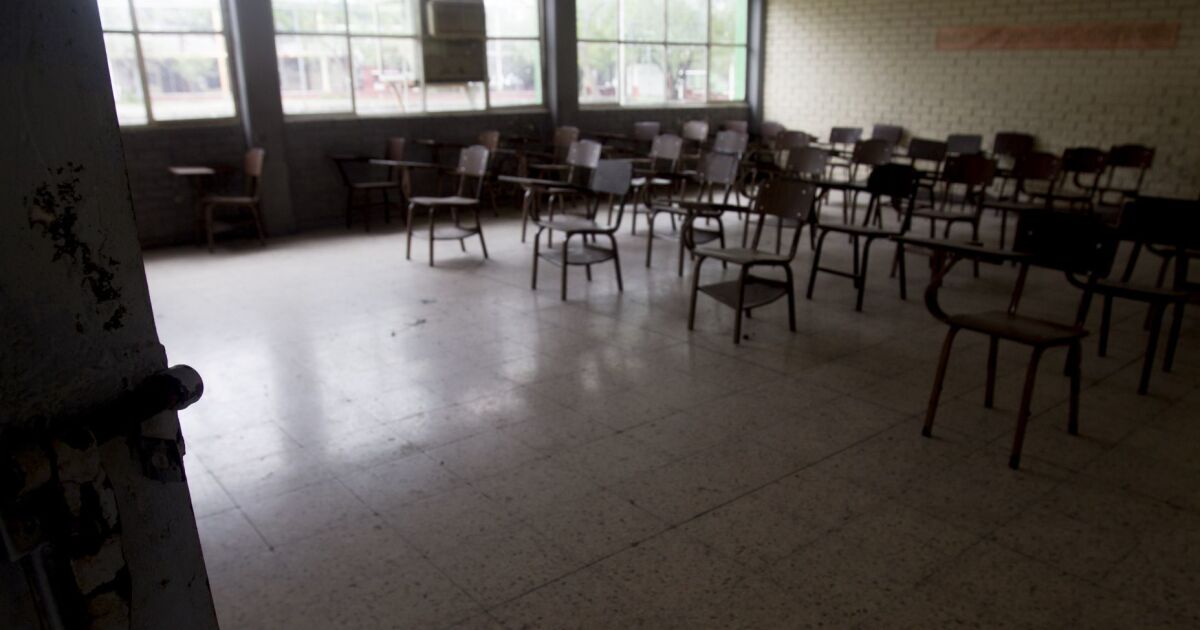 According to the National Association of Private Schools, National Association for Educational Promotion (ANFE-ANEP), of the 48,713 private education centers in the country, 12,178 would be in the red, that is, 25%. In Mexico, it is also estimated that 5.3 million students go to private schools, where 485,188 teachers work.

According to the president, the closure of private schools would mean greater demand for public schools, so his government plans to offer support so that private schools are not closed and education continues to be guaranteed, even if he did not work out what type it will be. the help it will give them.

This Monday, the Ministry of Public Education (SEP) announced that the 2020-2021

school cycle will begin on August 24, indicating that it will be at a distance, through the transmission of educational content on public television and through four of the major television stations. from the country.

“We will not abandon education and health, we must find a way to solve all educational needs, in what corresponds to general education, we have already reached an agreement with the television stations,” the president said. .

Since April last year, the Federal Consumer Prosecutor’s Office (Profeco) reported that as long as COVID-19 health care is maintained and private schools remain closed, education payments must be reconciled between education authorities and parents. However, due to the financial damage caused by COVID-19, these training centers have been affected.