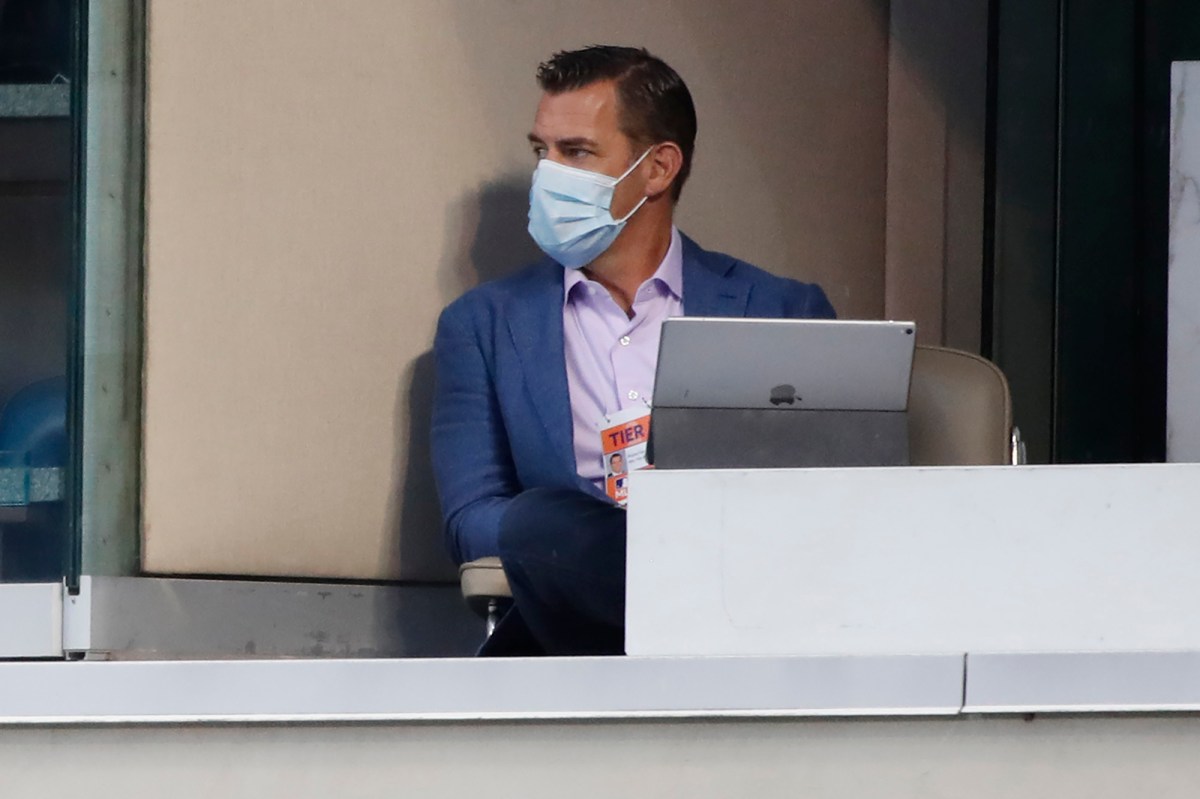 The Mets took another hit on Monday when Marcus Stroman announced he had opted out. Stroman quoted a number of things that worried him – the obvious thing was that chicken every ball player plays to try to avoid the virus, the immediate thing was the Met’s upcoming trip to Miami, the geographical symbol of MLB’s fight against COVID-19 thanks to the Marlins.

And although there were other problems – Stroman is a free agent at the end of the year; there is probably little to gain and much to lose in what would probably have been an eight-start season for him – opting out is his right. Unlike Yoenis Cespedes’ farce who played in Atlanta last week, players and teams handled this properly.

But losing Stroman is not what should affect Met fans. It̵

7;s what’s happening now that should scare them.

Now his absence will not help. This means that the Mets ‘projected No. 2 and 3 entrees, Stroman and Noah Syndergaard, will not hit an inning in combination 2020. This means that the ancient Mets’ concern over six viable entrees seems particularly nostalgic and funny, given that Michael Wachas’ shoulder has him at IL now.

And in a nice cherry on top of a sundae from hell, no. 4-starter Steven Matz for a third straight game during a nasty 16-4 loss to the Nationals Monday night.

But of greater concern is what this will do for the inside of Brodie Van Wagenen’s fertile imagination. Not only is trading for Stroman the Mets GM underway at the deadline last year now on the clock to be an epic failure, suddenly the three weeks that connect Monday afternoon and the August 31 trading deadline are suddenly like a potential dream picture for Van Wagenen – and a possible nightmare-scape for the team.

Because if there’s one thing we’ve learned about this shortened season so far, it is this: with 53.3 percent of the 30 teams qualifying for the playoffs this year, it’s going to be almost impossible to play yourself without a fight. . Even the Mets, who worked through a five-game losing streak last week, woke up on Monday to discover that at 7-9 they were tied to the second and final NL wild card.

That means no matter how exhausted the Mets are and how shaky the ground they walk on, Van Wagenen – along with his lame-duck bosses – would be motivated to improve the club between now and the deadline – and yes, given his track record, “improve” must definitely be added to quotes now. But he will actually be extra motivated.

It’s no secret that the Mets will almost certainly be controlled by another ownership group when the new year comes. Whether it’s Steve Cohen or Alex Rodriguez or the guys who own the Devil and the Sixers, that means there will be zero pre-existing loyalty to someone currently employed by the Mets.

So if Van Wagenen likes his office at Citi Field, he will have to present the new ownership with a compelling reason to keep him. And given the first 21 months of his tenure, it is one thing that could make that argument seem reasonable to hand over a team that has gone to the playoffs this year – preferably for more than a two-game como.

Van Wagenen will have to answer a couple of things. The continued adventures of Edwin Diaz and the sudden impossibility of holding on to the field in the late ’30s version of Robinson Cano are a deadly sin. Van Wagenen will have to explain away for a good 12 or 15 years, provided Jarred Kelenic is even with a fraction of the player who all breathes breathfully that he is.

And the sum of Stroman – which was acquired at last year’s deadline when the whole world thought the Mets were sellers, not buyers – is likely to be this: 11 starts, 4 wins, 2 losses, 3.76 ERA for what turned out to be a third – pitch.

Costly because the Mets gave up former first-rounders Anthony Kay (to a strong start in Toronto: 1-0, 1.13 ERA, .750 WHIP) and Simeon Woods Richardson (a second-rounder that the scouts love) in the trade at a time when they should have ended up young arms, not throwing them. And costly because it certainly closed the door when you got back Zack Wheeler (one of the only bright spots in Philly so far, 2-0 and 2.08) – or, just as importantly, to deal with Wheeler and / or Syndergaard by the deadline to rake in a range of future prospects, an equally cautious alternative.

Now we can continue with some other brutal decisions ($ 20 million for seven Jed Lowrie bats over two years) and bad advice (let Travis d’Arnaud go for nothing). And in fairness we should also mention that the JD Davis trade seems to be a steal, and Van Wagenen crushed the industry trend by letting both Pete Alonso 2019 and Andres Gimenez 2020 start the season in majors, rather than finagling their service time (although these choices well could come back to burn the Mets eventually).

Look, this is not about Van Wagenen being fired today: under normal circumstances, he should not. But this is not a normal time, and Van Wagenen is on a watch held in the hand of a future boss whose identity he does not know. He needs to try something at this point.

And it should be the men who still own the Mets – who probably and worryingly have similar what-the-hell agendas right now – to make sure that does not happen.