Breaking News
Home / Science / Mercury transit 2019: Where, when and how to see a rare astronomical event Monday (even if cloudy)

Mercury transit 2019: Where, when and how to see a rare astronomical event Monday (even if cloudy) 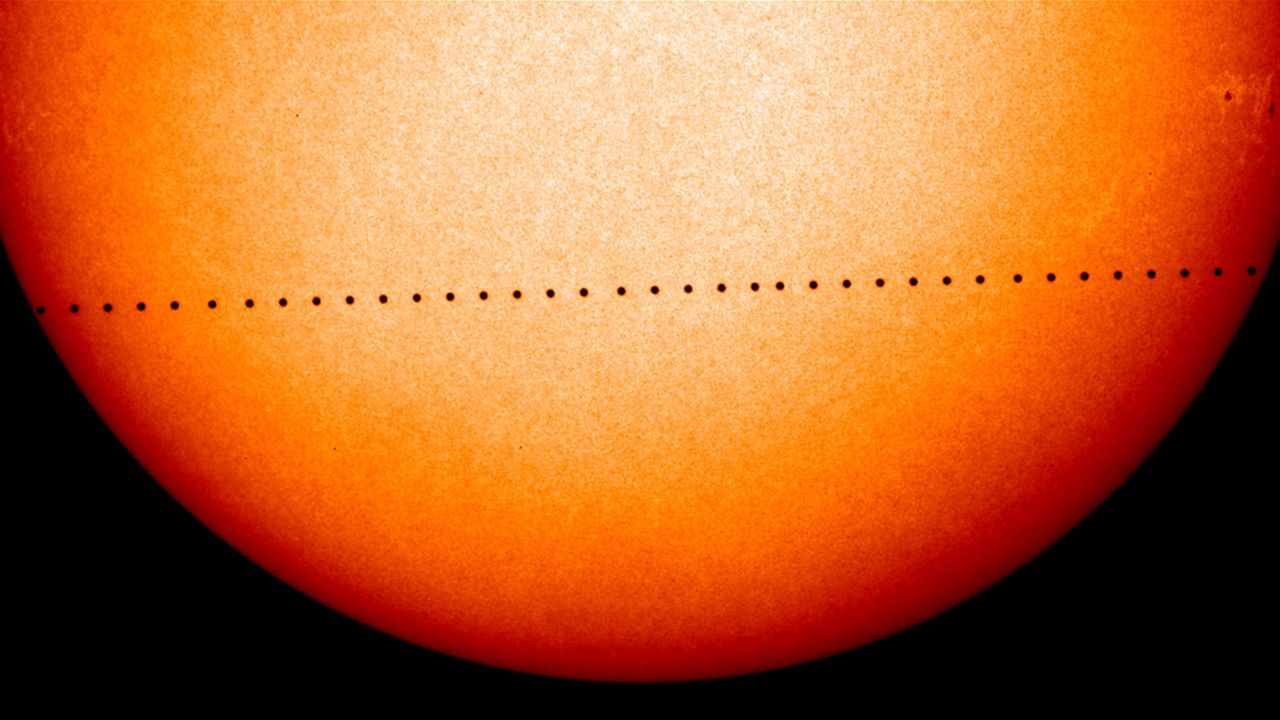 Look now, but something special is going to happen in the sky on Monday, Nov. 11.

The transit of Mercury is a rare astronomical event where, from Earth's point of view, the solar system's innermost planet crosses the face of the sun. This solar sprint will take about 5.5 hours and happen again for decades.

How to view Mercury transit

transit of Mercury isn't like a solar eclipse. There won't be a noticeable dimming of the sun – which, by the way, you should never, ever look directly at without protection.

As Mercury transits the sun, the planet will appear as a very tiny dot against the huge disk of our star, so watching it will require a telescope or binoculars and special solar filters.

That's not something most people have in their garage, so you might consider checking out local astronomy groups in your area. For example, the Lehigh Valley Amateur Astronomical Society is planning a watch event at the Da Vinci Science Center in Allentown, and the United Astronomy Clubs of New Jersey will have a program at its facility in Jenny Jump State Forest.

But the viewing obviously depends on clouds. Unfortunately, Lehigh Valley weather forecasts are calling for overcast skies. The outlook can change, of course, and maybe it will be possible to see the Mercury transit through some breaks in the clouds.

Just in case, a Mercury transit live stream will be available on Space.com and on the livestream. com channel of the Griffith Observatory in southern California.