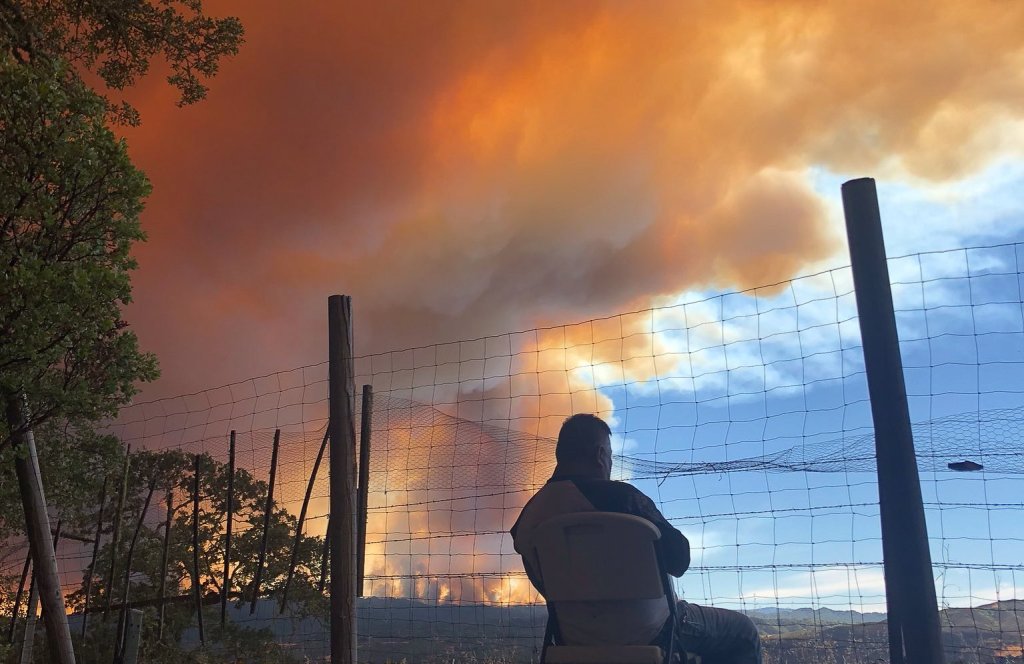 Two fires in Mendocino and lake regions grew rapidly throughout the Sunday and forced thousands to evacuate and urged the governor to explain an emergency.

The Mendocino complex – the combined name for ranch and river fires – had burned 24,270 hectares and was 10 percent confinement from Sunday morning, according to the California Department of Forestry and Fire Protection, also known as Cal Fire.

But Cal Fire said a "lack of available suppression and overhead staff to help fight the fire" would slowly move on in the fight against the fan.

The two fires have destroyed four homes together and threaten more than 4,500 other structures.

The River Brand burns north of Hopland and Ranch Fire is burning northeast of Ukiah.

A total of 820 firemen and crew members worked the event from Sunday morning while thousands of more fought Carr Fire near Redding.

On Saturday Gry Jerry Brown declared an emergency in Mendocino, Lake and Napa County due to fires, enabling more government resources to be poured into efforts to combat firefighters, protect infrastructure and ensure security.

Steele Fire burns south of Lake Berryessa in Napa County had charred 150 hectares and every 50 percent contained Sunday morning, according to Cal Fire. The fire had destroyed seven structures and injured one on Sunday morning, the authority said.

Mandatory evacuations for thousands of residents in both Mendocino and Lake Region were still in place Sunday because of the Mendocino Complex fires. A meeting of the fires was scheduled for 5 am at Kelseyville High School, according to Lake County Record-Bee.

– 8000 block of River Road, south to the junction of Highway 175 from the Russian River east to Lake County line, to the north south points, including all highways and housing located between the North South points.

– The Community of Lakeport, all south of Scotts Creek Road to Scotts Valley Road to
Highway 29.

– All west of Highway 29 from Scotts Valley Road to Highland Springs Road.

– All East of Lake Mendocino County Line from Scotts Creek Road to Highway 175.

– Blue Lakes, the Bachelor Valley, Witter Springs and the North Scotts Valley Road from the 7000 block to Highway 20.