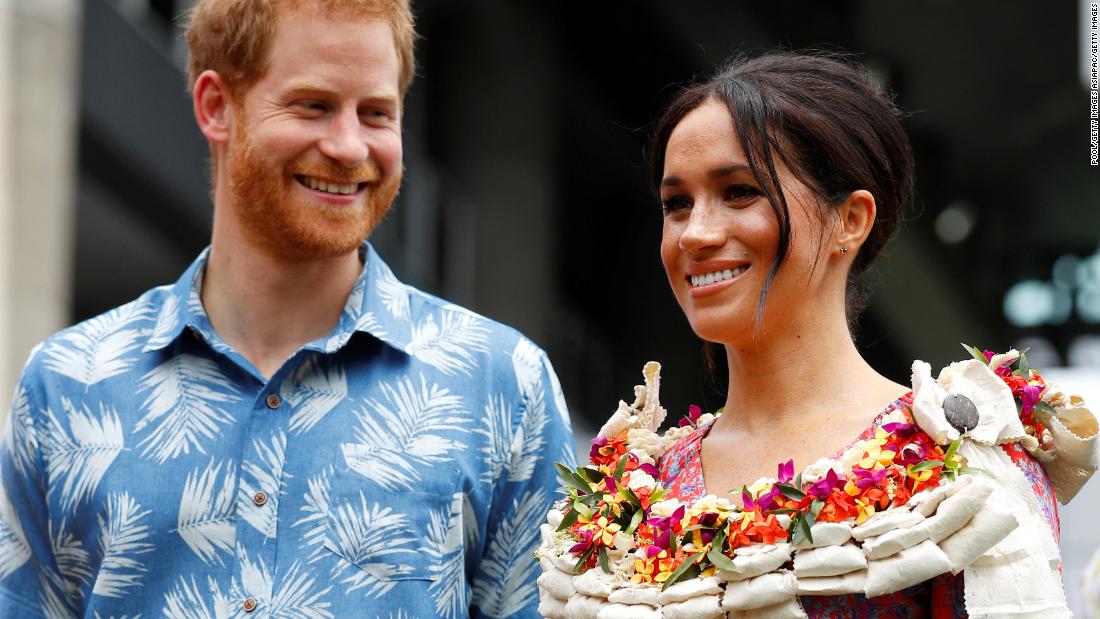 A spokeswoman from Kensington Palace confirmed Wednesday that Meghan's "commitment was shortened somewhat because of human rights issues".

Thousands waited for hours to get a glimpse of the Duchess, who is pregnant with the royal couple's first child. Crowds cheered and sang and waved British and American flags as she walked through the market, greeting providers.
Before she became confused, Meghan met members of the United Nations Market for Change Project, which aims to promote a safe, inclusive environment for female suppliers in a number of South-state nations.
While Meghan visited the market and had tea at the residence of the British High Commissioner, his husband, Prince Harry, made a trip to the Colo-i-Suva Forest, which has become part of the Queen's Commonwealth Canopy, a conservation initiative to protect domestic forests.

The Prince also participated in a ceremony at the War Memorial Memorial to celebrate both Fijian and British troops.

The Duke and Dukeess is on a multiple-choice trip in the region. After several days in Australia, the couple flew to Fiji on Tuesday where they were warmly greeted by residents who lined the route from the airport, despite rain. The couple will visit Tonga and New Zealand before returning to Australia.

The visit comes 65 years after Harry's grandparents, Queen Elizabeth II and Prince Philip, visited the island after the queen's coronation.

Harry and Meghan stayed at the same hotel as the Queen and Prince Philip in 1953, the Grand Pacific Hotel and waved their wishes from the hotel's balcony before attending a state banquet held by their country president Jioji Konrote

On an official visit to the University of the South Pacific, both spoke, with Meghan giving a speech that promotes education and women's rights.

"Everyone should be given the opportunity to get the education they want, but more importantly the education they are entitled to receive. And for women and girls in developing countries this is important," she said, and had a traditional South Pacific.

The prince warned of the dangers of climate change and confirmed its effect on low-key people in the Pacific.

"We know young people are Commonwealth's future … you will be the ones who are most affected by the global challenges facing us all, but you are leaders who create the solutions," he said.

"One of the biggest challenges is undoubtedly climate change and everyone you live here is confronted with this threat in your daily lives."