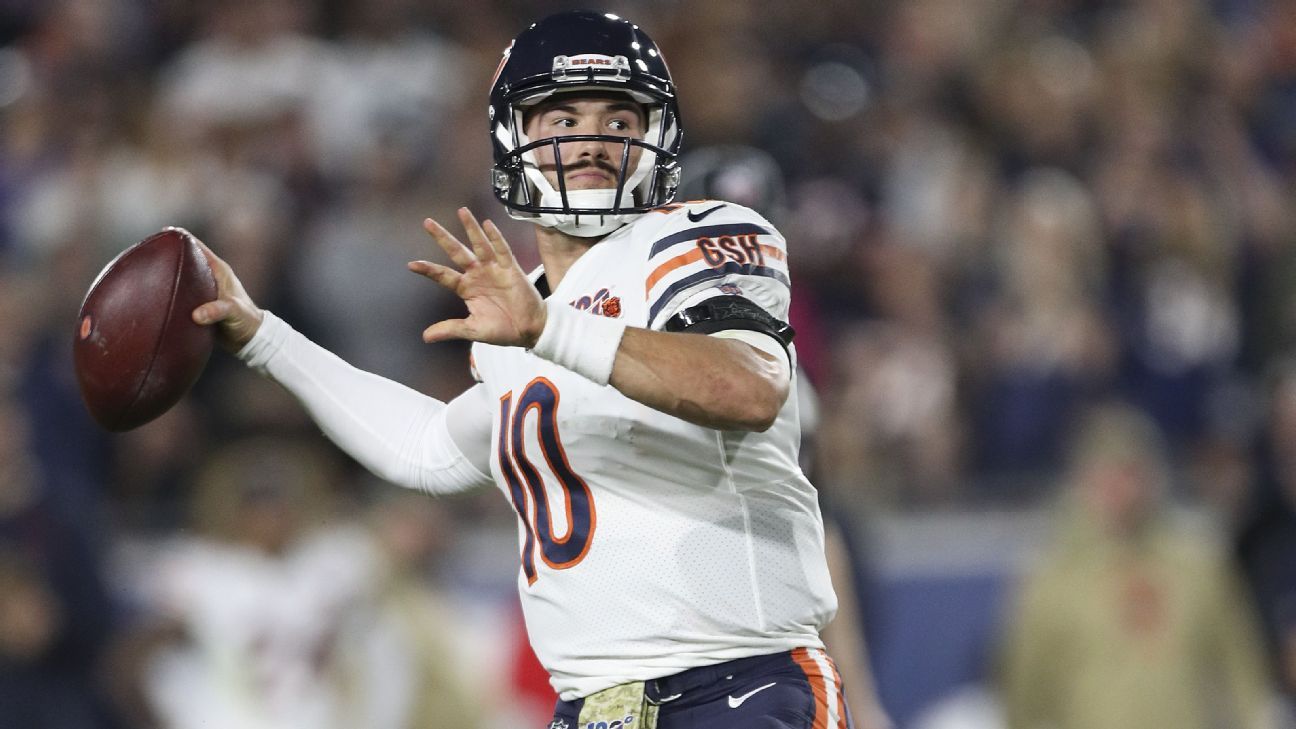 Chicago Bears coach Matt Nagy said on Monday that quarterback Mitchell Trubisky has a right-sided injury and that the decision to remove him from Sunday night's game had "zero to do with his game."

The coach said Trubisky suffered from a sack injury at the end of the second quarter in Sunday night's loss of 17-7 to the Rams.

Nagy on Monday credited Trubisky for his toughness and said the quarterback wanted to stay in the game – but he added that with Trubisky, sometimes he has to "protect him from himself." Nagy told reporters that he was aware of his quarterback's injury at halftime and that it didn't become a concern until his hip began to tighten during the fourth quarter.

Nagy was seen hugging Trubisky on the side when he was removed Sunday evening. The coach was asked on Monday what he said to his quarterback.

"I wanted him to know, from me, that he has to be brutally honest with me about his pain and where he is at," Nagy said. "I sat there and I told him, listen, & # 39; we appreciate your toughness, we appreciate that you are as tough as you can be and want to stay in the game, but I have to be able to make a decision. & # 39;" [1

9659002] Nagy said he was aware of the skepticism about Trubisky's injury and the decision to remove him from Sunday night's game, but told reporters that the conversation was only because of the injury.

"It was entirely based on his injury and where he was at," he said.

Trubisky finished the night 24-of-43 passing 190 yards, one touchdown and one interception (65.1 passing rating) before Nagy joined veteran running back Chase Daniel on Chicago's last offensive unit. [19659002] As for Trubisky's status for this week, Nagy said "we're working through it." The Bears host the New York Giants on Sunday.

Nagy said Trubisky will remain the starting quarterback if he is healthy.

Trubisky – the second overall pick of the 2017 NFL Draft – has passed just 1,390 yards, eight touchdowns and three interceptions this season.