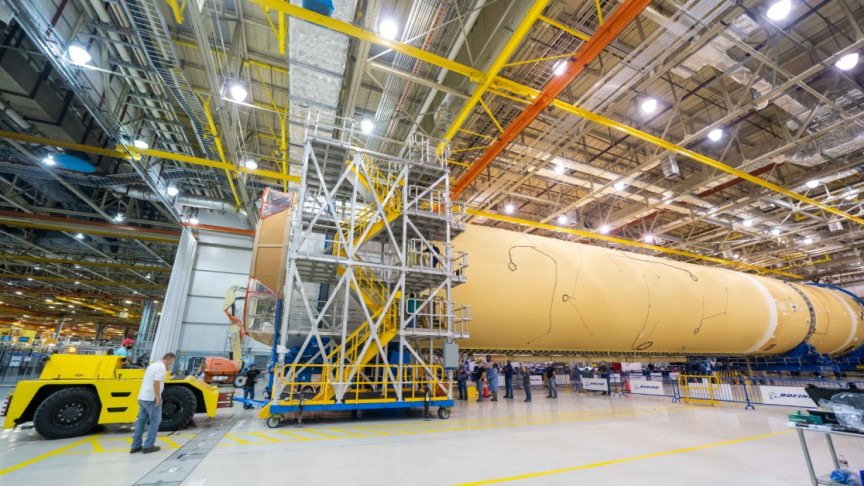 NASA's team of engineers at the Michoud Assembly Facility (MAF) in New Orleans secured the final five components of the Space Launch System (SLS) on September 19.

This will enable NASA's next Moon rocket, the Orion, to launch on its lunar mission, the first one since Apollo 11 landed on the Moon in 1969.

The flight will be uncrewed and is due to launch on 2021. The next crewed mission is meant for 2024.

2 feet ) core stage that was the engine part. This section will be the attachment point for the four RS-25 engines, which have the ability to create two million pounds of thrust.

Bassler continued, "This is an exciting time as we finish the first-time production of the complex core stage that will provide the power to send the Artemis 1 mission to the Moon. "

Since being announced in 2010, this is an exciting moment for the SLS assembly crew, who have faced delays and cost overruns since the start of the project.

The next Moon mission

NASA is aiming to send the first woman and man to the lunar South Pole by 2024. The first crewed mission will follow after Artemis 1's launch in 2022, which aims to send astronauts to loop around the Moon – without landing.

During the coming months, the SLS's engineers will work on attaching the RS-25s, connecting them to the main systems inside the engine.

The SLS makes up the core stage upon which the Orion spacecraft will be placed, along with two solid rocket boosters (SRBs).

The Orion spacecraft is the US's next-generation crewed spacecraft, with the capacity to go to the Moon, as well as asteroids and other deep space missions.

NASA's long-term goal is to build Gateway – a space station that will be set in lunar orbit. Gateway will not be ready by 2024, however, astronauts will have an alternative 'lite' Gateway option for docking.

Heavy lift: The engine section for the #Artemis 1 @NASA_SLS is raised and rotated to be placed in tooling before final join with the rest of the rocket's core stage at #NASAMichoud .

John Shannon, program manager for the SLS at Boeing – NASA's main contractor building rocket – said: " There are other rockets on the drawing board right now. But as far as a human-rated vehicle that's purpose-built to take Orion and parts of the Gateway station or landers to the Moon, SLS is really the only one. "

The next steps for the rocket are to undergo a test run at the end of the year. Jennifer Boland-Masterson MAF's operations director for Boeing said: "Boeing expects to complete final assembly of the Artemis 1 core stage in December."