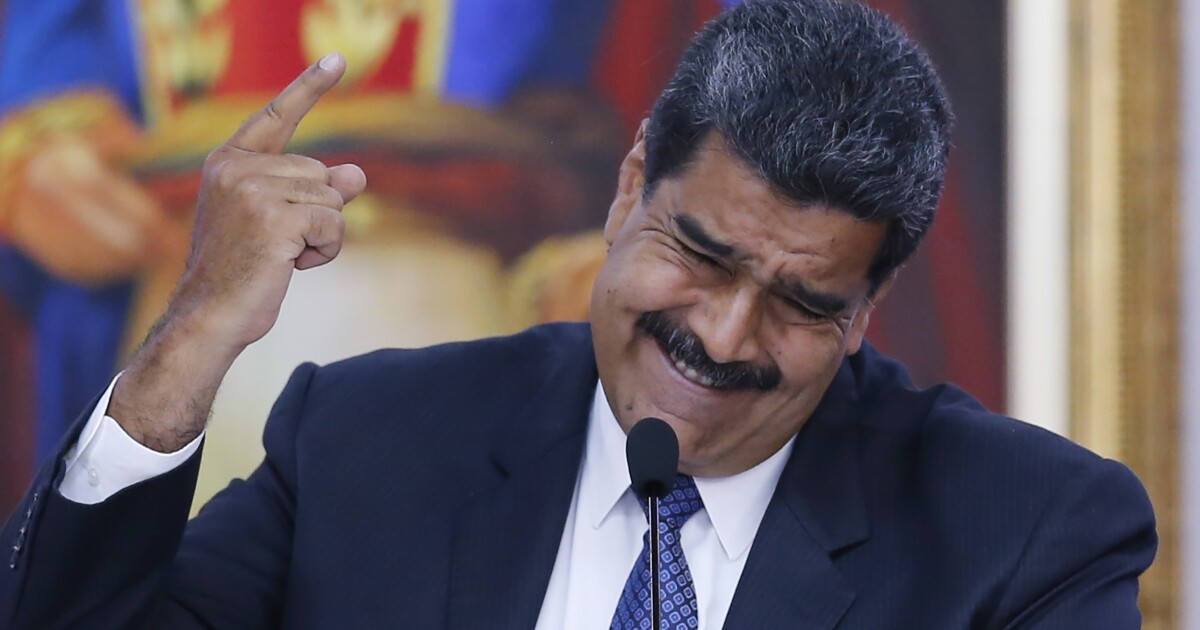 llegitimate occupier of the Venezuelan presidency Nicolas Maduro likes to tweet almost as much as President Trump. But on Friday, Maduro's Twitter feed went peak Maduro – which is to say, one tweet short of a full mental breakdown.

Maduro's particular gripe was the breakdown of his nation's electricity network. The immediate cause of the collapse is a mechanical failure at a major hydroelectric plant which supplies Caracas. The ultimate cause of the power failure is the fact that, like any good socialist, Maduro's idiotic government has spent the past 1

0 years blowing its wealth on corruption and Cuban intelligence officers, rather than investing in basic utilities. Now, Maduro is reaping the whirlwind.

Of course, Maduro can't admit that. To do so would be to prove his success to the population in a way that might provoke a final uprising against him. Instead, Maduro has been declaring his resistance to the latest act of Yankee aggression: "electric war." First up, the mad Venezuelan leader declared that:

The electric war announced and directed by American imperialism against our people will be defeated. Nothing and no one can beat the people of Bolivar and Chavez. Maximum Unity of the Patriots!

Then came the call for continued loyalty in face of failure.

My total support to all the personnel of the national electrical system that maintain an intense work to recover the service. I admire the Venezuelan people who resist with this attack of the enemies of the fatherland. Venceremos!

The total balance of the staff of the Sistema Elctrico Nacional is dependent on the intensity of recuperation of the service. Admiro all pueblo veneolano is resistant to the last few days of the release of the Patria. ¡Venceremos!

Still, the real takeaway here is the binding of physical failure to psychological fear. In the darkness of his misgovernance, Maduro knows the ideas of March are beckoning. Aside from the usual suspects of Cuba, China, and Russia, and appeasing Germany, Maduro is isolated and under escalating pressure.

For Venezuela's people, it's the old adage, "It's always darkest before the dawn." For Maduro, it's the motto of the 160th Nighstalkers: "Death waits in the darkness."